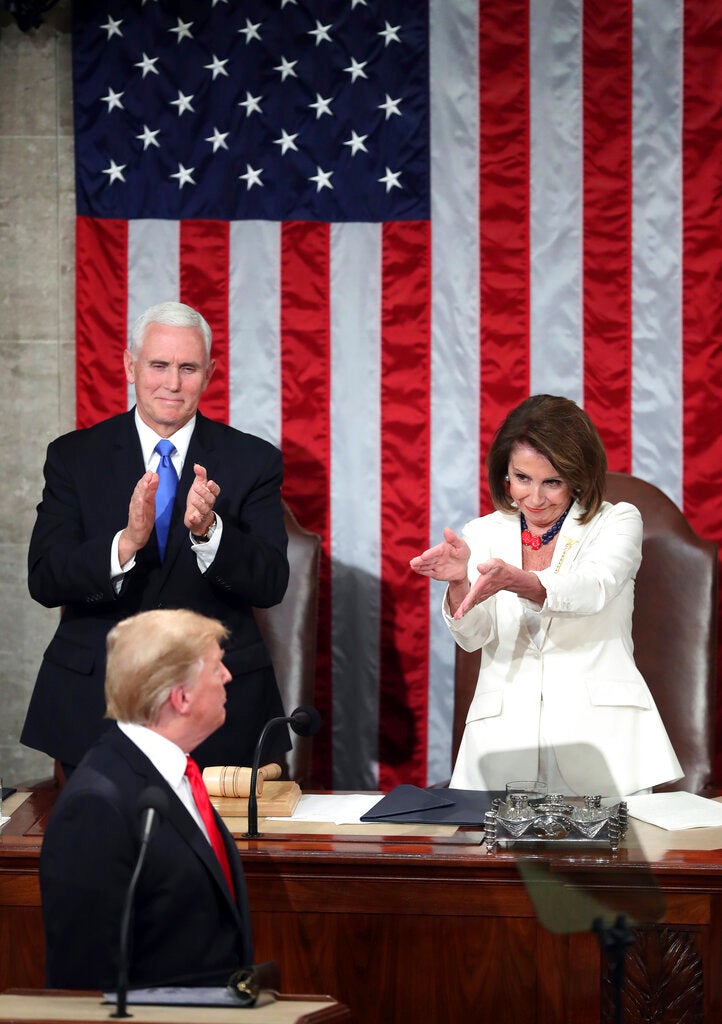 President Donald Trump turns to House speaker Nancy Pelosi of Calif., as he delivers his State of the Union address to a joint session of Congress on Capitol Hill in Washington, as Vice President Mike Pence watches, Tuesday, Feb. 5, 2019. (AP Photo/Andrew Harnik)

WASHINGTON — The women of the House wore white. The men wore dark suits. And the contrast laid bare the growing gender gap between Democrats and Republicans.

Wearing the color of the suffragists, the Democratic women of the House put on a stunning display of solidarity during the State of the Union address Tuesday.

They paid tribute to the women who came before them and gave a nod to their own achievement, as more women than ever are now representatives in the House.

There were white pantsuits, of course. But also sheath power dresses. Even a puffy zip snow vest. Hats for some, removed once inside. Shawls and scarves.

In the chamber, there has long been a growing gender divide with Democratic women outnumbering Republicans. The House now has more than 100 women in office. But the vast majority of them, about 90, are Democrats. House Republican women count just over a dozen.

Even when the senators arrive for a joint session like this, the gap comes into view — with the sea of dark suits on one side of the aisle, and the diversity of colorful suits and dresses on the other.

On this night, the simplicity of white offered a reminder that fashion is often political. Theirs was a reflection of the voters who sent them to office last November giving Democrats the House majority.

During his speech, President Donald Trump noted the number of women in newly created jobs last year, touching off a remarkable moment. 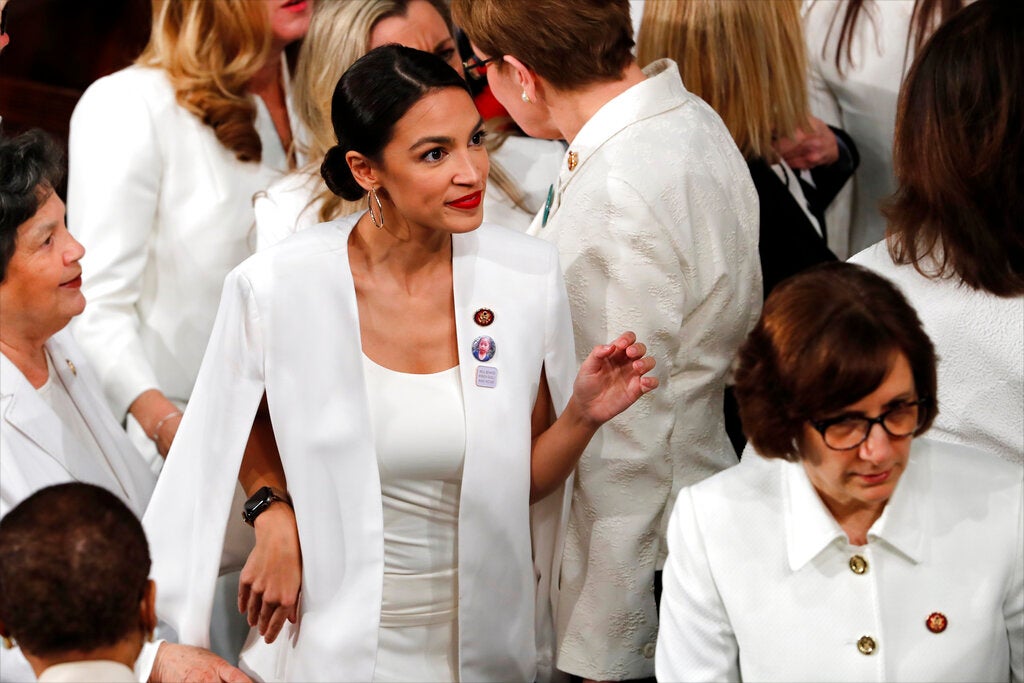 The women in white leapt to their feet and high-fived, pointing at themselves and each other. They had won some of those very jobs.

Trump, surprised, said, “You weren’t supposed to do that.”

Then, because he knew the part of his speech that was coming next, told them not to sit quite yet, promising “You’re going to like this.”

Trump recounted that a century after Congress passed the Constitutional amendment “giving women the right to vote, we also have more women serving in the Congress than ever before.”

More high-fives and the women in white, repurposing a favorite outburst of the men in suits on the other side of the aisle, chanted, “U-S-A!”

Among them was Rep. Alexandria Ocasio-Cortez, who also wore white last month when the 29-year-old was sworn into office, now a prominent member of the freshmen class.

Speaker Nancy Pelosi watched over the night, the first woman to wield the gavel, when she rose to the position in 2007, and now the only speaker in half a century to reclaim it when she was elected again in January.

Trump and Pelosi shook hands before the speech, pleasant enough. But he began his speech without the formal introduction the speaker traditionally gives the president, and Pelosi sat down. 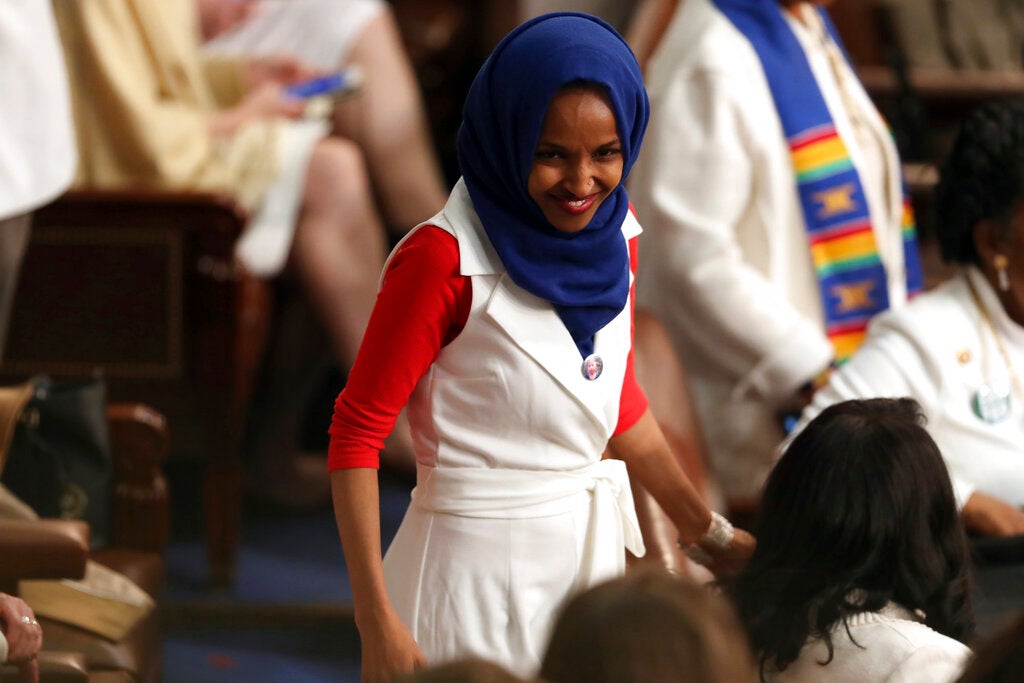 The two had sparred during the partial federal shutdown over whether he should even give the speech at all. Pelosi said no, not until the government reopened. He said yes, but eventually relented.

Pelosi often says her strength comes from the unity of her diverse Democratic caucus, and that power was on display Tuesday.

A few of the Democrats’ male colleagues joined them in white. Rep. Dean Phillips, a newly elected Democrat from Minnesota, wore a white jacket, as did Rep. Bobby Rush, D-Ill. Many other men wore white ribbons of support.

As soon as the speech was done, the women headed for the doors, their place in history, in white, complete. /kga