Photos shared to reporters by former Special Assistant to the President Christopher “Bong” Go showed Duterte talking to Canoy, whose wife Solona passed away on Sunday. 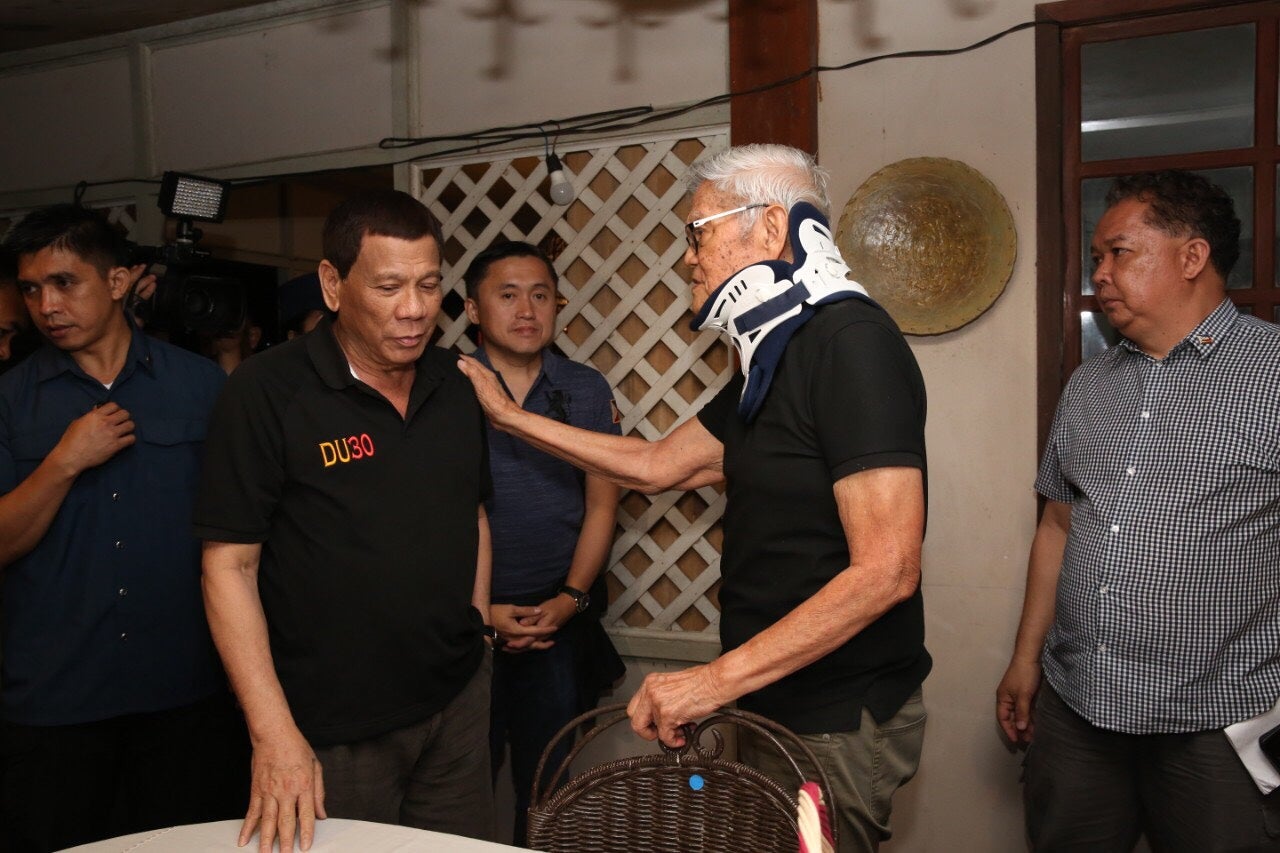 Canoy is also a member of the Consultative Committee that drafted the proposed federal charter.

On Monday, Duterte met with the families of slain soldiers in Davao City before visiting the grave of his parents to remember the death anniversary of his mother, Soledad.  /muf