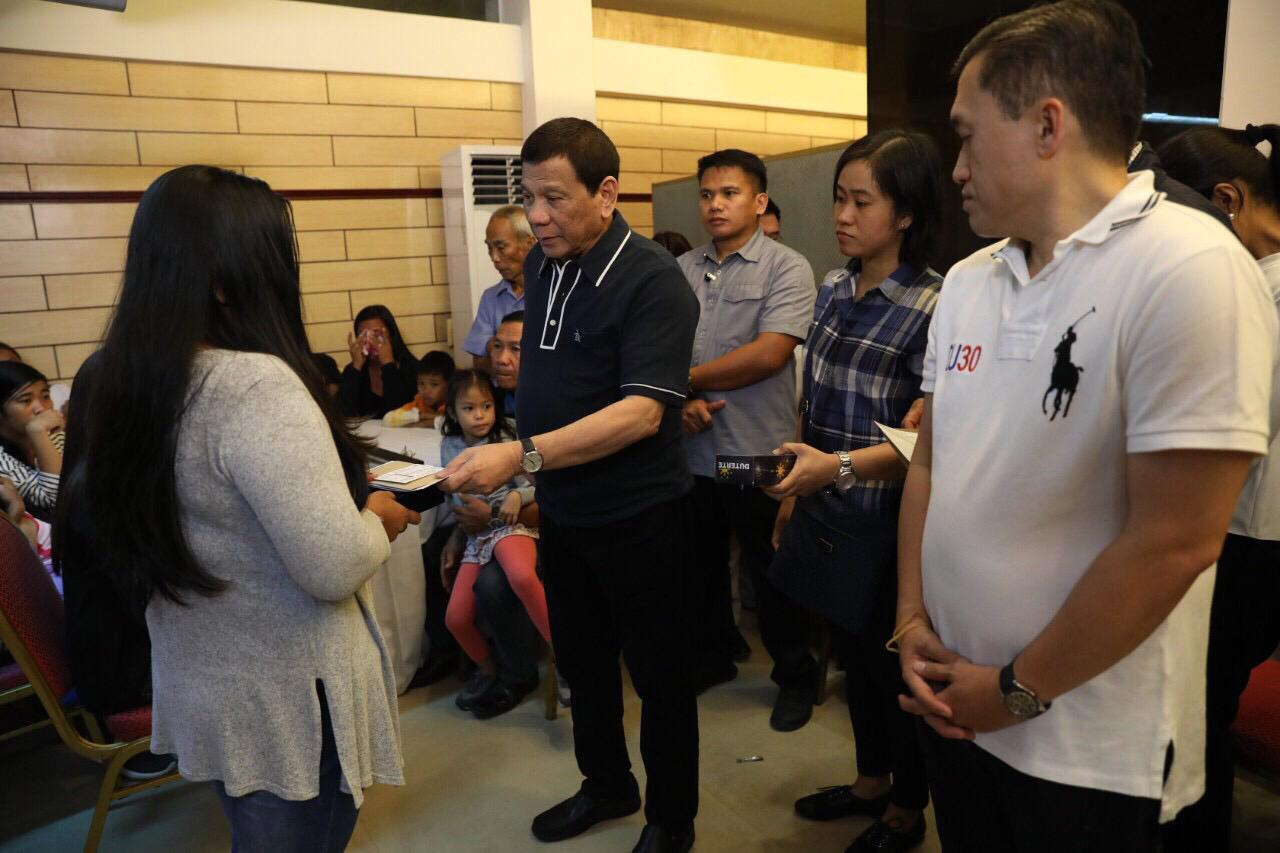 President Rodrigo Duterte gives P500,000 financial assistance to the families of the slain soldiers in the Jolo blasts during a meeting in Davao City on Monday, February 4, 2019. Photo from former SAP Bong Go

MANILA, Philippines – President Rodrigo Duterte met the families of soldiers killed in the twin explosions in Jolo, Sulu as he gave them P500,000 in financial assistance.

“He gave them the Presidential Special Financial Assistance worth P500,000 while the AFP (Armed Forces of the Philippines) likewise gave them their financial assistance ranging from P200,000 to P400,000 depending on the rank of the soldier,” Defense Secretary Lorenzana, who was present during the meeting in Davao City on Monday, said in a text message on Tuesday.

Lorenzana said the assistance given was “over and above the monthly pension that they will receive.”

Duterte also met with the family of a soldier killed in the encounter between the government and the Abu Sayyaf in Patikul, Sulu on February 2.

The President, Lorenzana said, also met with families of the 32 soldiers killed in action from Feb. 2016 to 2019.

“They had some concerns about the benefits due them such as housing, jobs and other things,” the defense chief said.