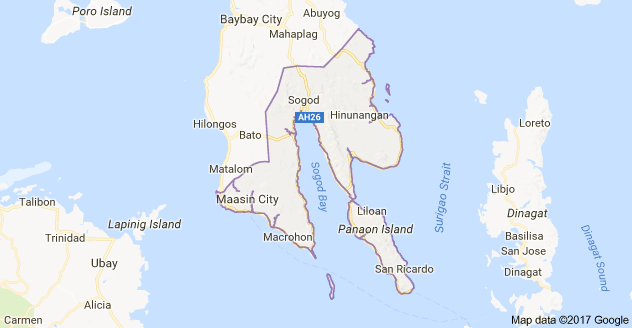 TACLOBAN CITY- Southern Leyte Rep. Roger Mercado has expressed his gratitude to President Duterte for signing a law that created a new congressional district in their province.

“I am gratified to our President for approving and signing the landmark legislation because the more voices we have at the House of Representatives, the better for Southern Leyte,” he said.

An additional representative in the House would mean that their aspiration as a people would be heard, he added.

The new law divides the lone district of Southern Leyte, once part of Leyte until in 1960, into two – first and second districts.

The first district will be composed of Maasin City and the towns of Macrohon, Padre Burgos, Limasawa, Malitbog, Tomas Oppus and Bontoc.

In the meantime, the representative for the lone district of Southern Leyte would be elected this May election.

The incumbent congressman is Mercado, who seeks to exchange places with his brother, Southern Leyte Gov. Damian Mercado, this coming polls.

Representative Mercado, the principal author of the law, said the creation of a new congressional district indicated the province’s development.

“This signifies that we have improved our economy,” said Mercado, in a phone interview.