Prices of Benguet fresh flowers soar ahead of Valentine’s Day 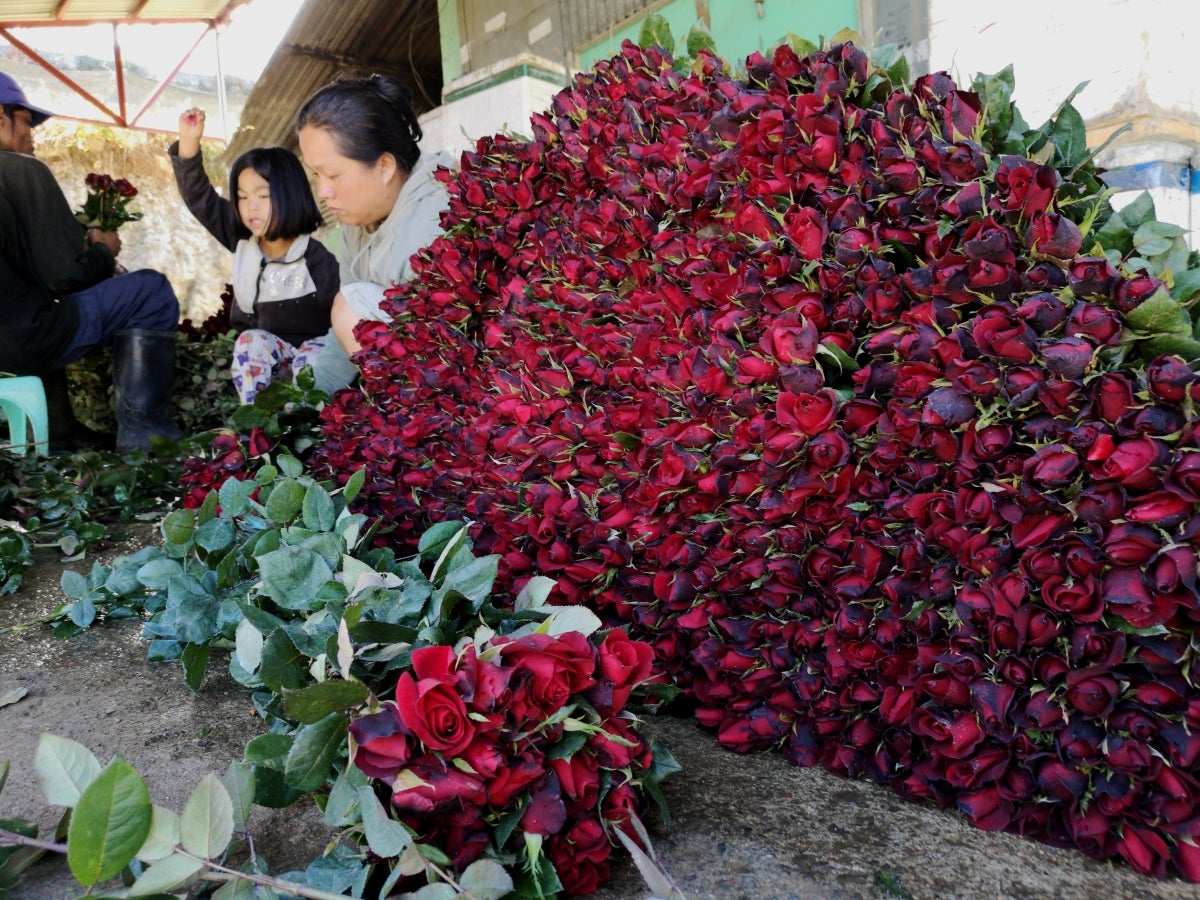 Traders of fresh cut flowers, such as red roses in Benguet province, prepare for the expected high demand during Valentine’s Day. PHOTOS BY EV ESPIRITU

BAGUIO CITY–The prices of high-quality fresh cut flowers from upland towns in Benguet have sharply increased a week before the Valentines’ Day.

Ligaya Pumihic, who delivers and sells flowers at Dangwa terminal in Manila, said the price of red roses during this peak season was P700 per bundle (two dozens).

“During ordinary days, the wholesale prices for red and other roses from La Trinidad, Benguet range between P50 to P300 per bundle,” Pumihic told the Inquirer.

Pumihic said imported stargazers cost P150 to P180 per stem, usually added with roses. She said these are suppliers’ prices (wholesale from farms) and will be much more expensive when bought from retailers.

“Most of the supplies are imported. Only King Louis farms in Benguet have stargazers but these are sold at an imported price,” Pumihic said. She said the price will still change as Valentine’s Day comes nearer.

“Sunflowers are also a popular choice for the occasion,” Pumihic said. Last year, because there was a minimal supply of sunflowers, the price reached P250 to P500 per piece.

Pumihic said the prices of fresh cut flowers will depend on the supply of imported flowers. “If there’s too much importation of flowers, the price of locally grown flowers will go down,” she said.