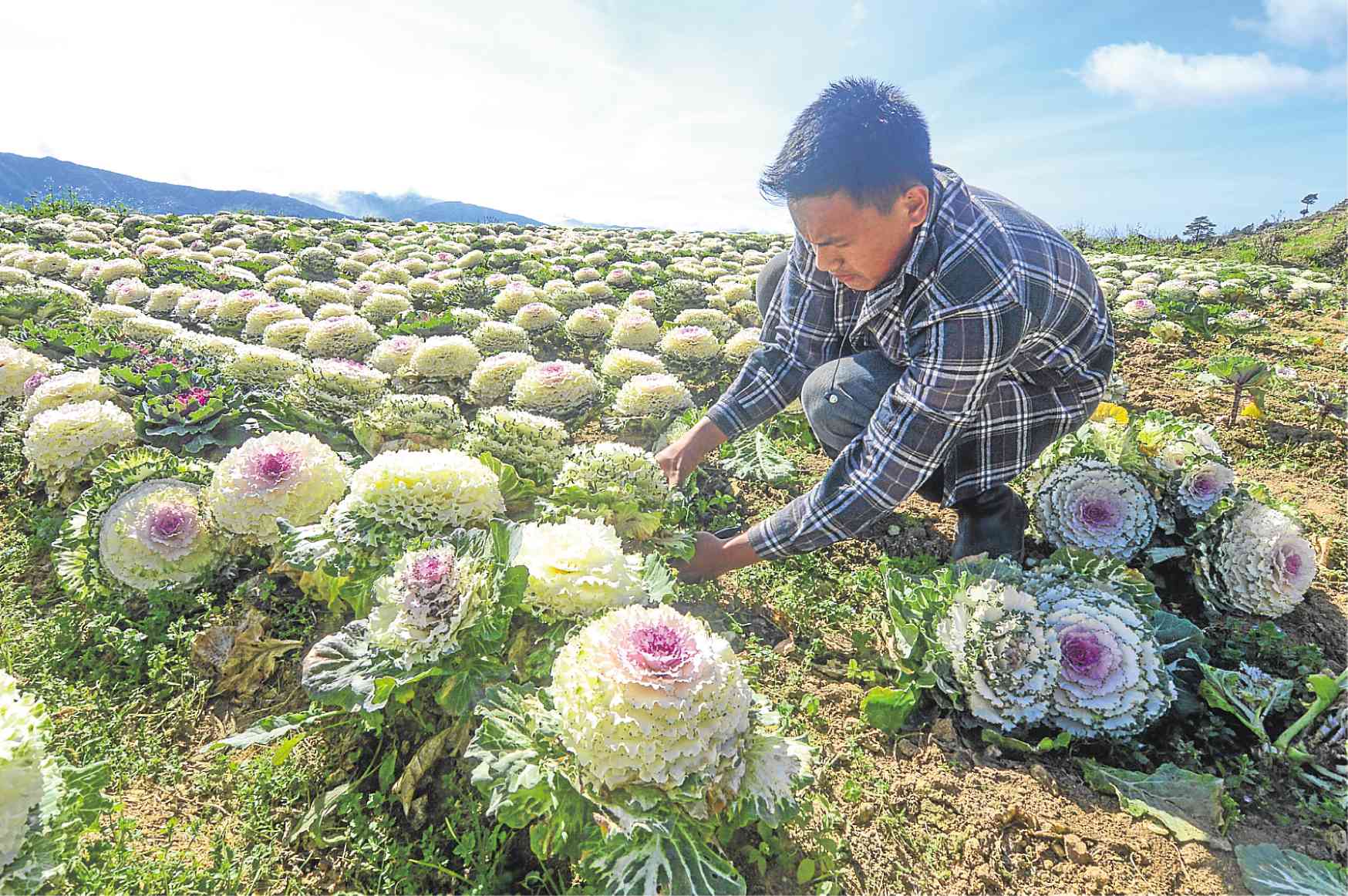 ATOK, Benguet — In this farming town, where temperatures could dip to below freezing point, flowers are making men bloom.

As a customary livelihood of women, growing and selling flowers have crossed gender barriers.

Men are increasingly getting into the business, Cherry Sanos, the municipal agriculturist, said. Profitable market and less physical labor, compared to vegetable farming, are irresistible lures, she said.

“Flowers always have a market, which is in fact increasing, as shown by the expansion of farms in Atok,” she said. 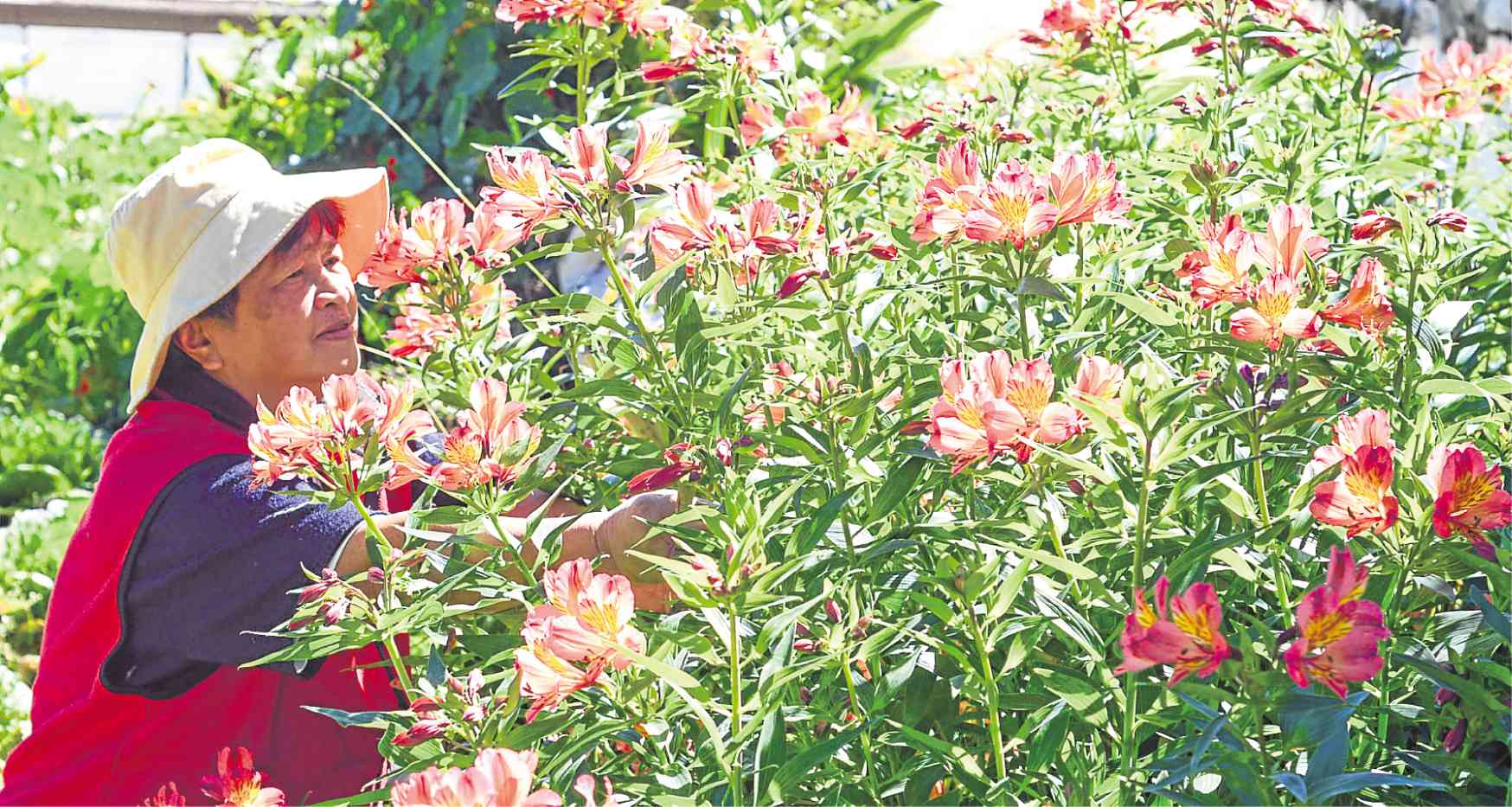 Around 60 percent of the more than 100 members of Mountain Blooms, the biggest cooperative of flower growers in Atok, are male, according to its president, Apolinario Celo.

Mountain Blooms was formed in 2004 to focus on marketing the cut flower industry. It has expanded as a multipurpose cooperative to include vegetable farmers, the town’s main economic driver.

The interest of men in planting colorful blooms did not happen overnight, however.

Sano said selling flowers started when the industry found a market in retail shops at a district called Dangwa in Sampaloc, Manila.

Wild growing flowers, such as daisy, gladiola and calla lily, were gathered from the mountains or along the skirts of vegetable farms in the early morning to keep them fresh, she said. 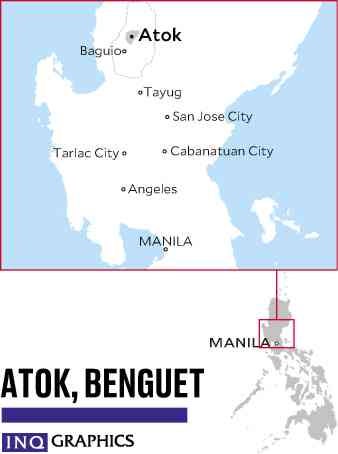 Flowers would be wrapped in newspaper or plastic sacks and sent to Baguio City via Dangwa Bus, which had ceased plying Halsema Highway, where most vegetable farms were located in the 2000s.

The flowers would be transferred to another bus going to Manila where middlemen would sell them to shops.

The middlemen, who were also usually from Atok, would come every weekend or at the end of the month to distribute the payment among farmers.

“It’s a small amount, but it was enough to augment our budget for kitchen needs, like salt and sugar, while waiting for our vegetables to be harvested,” Sano said. Local residents refer to it as “pang-as-asukal,” meaning “to sweeten things.”

Semitemperate vegetables, such as potato, cabbage, carrot and radish, are grown throughout Atok. Each cropping takes at least three months to mature for harvesting.

Celo said high-value cut flowers were introduced in Atok in the early 2000s by King Louis Flowers, which exclusively grew them in greenhouses.

At that time, the vegetable industry was down due to the public scare on extreme pesticide use, Celo said. “But we gambled and started growing cut flowers,” he said.

Others, like couple Leonardo and Mellanie Ganayan, one of the pioneering flower farmers in Atok, experimented with different varieties.

Putting up the now popular Northern Blossom at Barangay Paoay in Atok, the Ganayan couple capitalized on the town’s near freezing temperature and have established themselves as the biggest suppliers of cabbage roses, which were used to decorate parties, including state banquets in Malacañang.

Imported from Japan, cabbage roses only achieve the vibrant colors florists seek if grown below 10 degrees Celsius, a temperature enjoyed in Atok from November to February.

Even after the vegetable industry has recovered, farmers preferred to keep and expand their flower farms, with many of them going into greenhouse gardening as well.

“Farmers realized it was a cash crop, and they started segregating parts of their vegetable farms for flower growing. Others totally shifted,” Sano said.

From Manila, take a bus going to Baguio via Victory Liner or Genesis/Joy Bus (both bus companies have terminals in Pasay and Quezon cities). Trip will take 4 to 6 hours.

From Baguio to Atok, take a bus or van going to Bontoc or Sagada in Mountain Province at Dangwa station (at the back of Center Mall). The bus/van will pass by Atok.

Read Next
IN THE KNOW: ‘Lily of the Incas’
EDITORS' PICK
Speed up your game with the new vivo Y20s [G]
Pre-order the new vivo Y20s [G] to get a free TWS earphone
NCMH adds 900 beds for mild COVID-19 patients
WHO says not to use ivermectin on COVID-19 patients
Pru Life UK receives four golden arrows for solid corporate governance
PH biotech firm, pharma group eye clinical trials for ivermectin use against COVID-19
MOST READ
Stop ‘creeping occupation’ of ‘militia’ boats in WPS, Pacquiao asks China
Bea Alonzo clarifies status of her relationship with Dominic Roque
Convicted former aide of Sen. Bong Revilla dies — BuCor
Locsin to China: ‘Then move out’
Don't miss out on the latest news and information.