The government distributed land ownership certificates for 480 hectares of private lands under the Comprehensive Agrarian Reform Program at the towns of San Narciso, Buenavista and San Andres in Quezon province.

The land, which was a portion of Hacienda Villa Reyes owned by the heirs of Domingo Reyes, was distributed to some 5,000 farmers in a ceremony at Mulanay town in Quezon.

The event was led by then Agrarian Reform Secretary Virgilio de los Reyes and attended by other government officials. 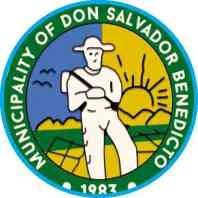 Seven barangays from the towns of Calatrava, Murcia and the city of San Carlos were merged to create a separate municipality known as Don Salvador Benedicto in Negros Occidental province, through Batas Pambansa Blg. 336 approved by then President Ferdinand Marcos.

The town was named after the late Vice Gov. Salvador Benedicto who helped set up a revolutionary government in Negros when the country was occupied by the Japanese during World War II.

Don Salvador Benedicto, 42 kilometers from Bacolod City, has been called the summer capital of Negros Occidental for its cool climate and natural attractions.

Two-thirds of its territory has been declared a protected area, being part of Northern Negros Natural Park.