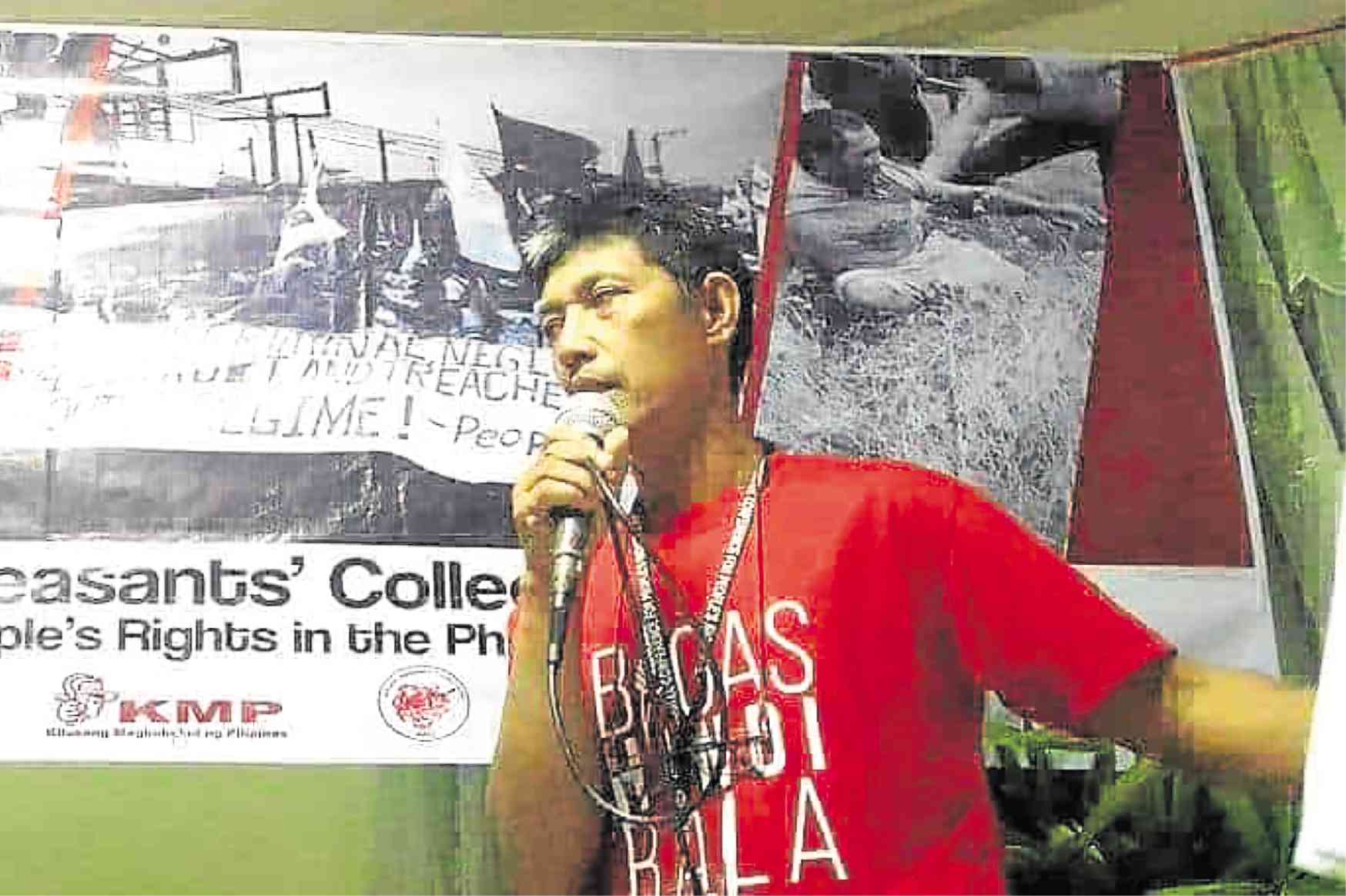 CRITICColleagues describe Ireneo Udarbe, chair for Northern Mindanao of the Kilusang Magbubukid ng Pilipinas, as a critic of the Duterte administration’s counterinsurgency program and martial law in Mindanao. —CONTRIBUTED PHOTO

DAVAO CITY – A human rights group in Mindanao questioned the recent arrest of “lumad” and peasant leaders who were earlier reported missing in Cagayan de Oro City, comparing the actions by police and the military to the tactics used by Nazi leader Adolf Hitler against his enemies.

Ireneo Udarbe, chair for Northern Mindanao of the Kilusang Magbubukid ng Pilipinas (KMP), and Datu Jomorito Goaynon, regional chair of the lumad group Kalumbay, were found in a police jail.

The warrant used to arrest the two, however, was for a trumped-up case for which one of those arrested, Udarbe, had already posted bail, according to Philippine Independent Church Bishop Antonio Ablon, one of the leaders of the group Barug Katungod Mindanao.

In a statement, Ablon said the operation to get Udarbe and Goaynon “reminds us of Hitler’s Gestapo,” the secret and ruthless Nazi police.

Ablon said authorities who were after Udarbe and Goaynon “willfully violated due process, implemented secret interrogation techniques and resorted to fabricating criminal charges.”

Barug cited a report by lawyers for Udarbe and Goaynon that it was the military that arrested the two allegedly upon the request of the Philippine National Police’s Criminal Investigation and Detection Group (CIDG).

At a press conference on Jan. 29, the CIDG said the warrant for the arrest of Udarbe and Goaynon was issued by Judge Emmanuel Pasal of Branch 38 of the Cagayan de Oro Regional Trial Court.

The warrant, however, only cited Udarbe as the accused, not Goaynon.

“Goaynon’s arrest was illegal,” Barug said in a statement.

The warrant for Udarbe was issued in September 2018. He posted a P600,000 bail on Jan. 10, according to Michael Pineda, spokesperson for KMP in Northern Mindanao.

“At the time of his arrest, he was in possession of his bail bond papers but before he could present them, his bag was illegally snatched from him by the apprehending officers,” said Ablon in the statement.

“They are not missing,” Pacleb said.

Pineda said Udarbe was “an activist and definitely not a terrorist or an NPA (New People’s Army) as the military and police accused them.”

Goaynon and Udarbe had been vocal critics of the Duterte administration’s counterinsurgency Oplan Kapayapaan and martial law in Mindanao, Ablon said.

“Duterte’s rhetoric promising to follow Hitler, Suharto and other mass murderers have translated into marching orders for the PNP and AFP (Armed Forces of the Philippines) to arrest, maim, or kill civilians and massacre communities,” Ablon said in the statement. —REPORTS FROM MART SAMBALUD AND JIGGER JERUSALEM