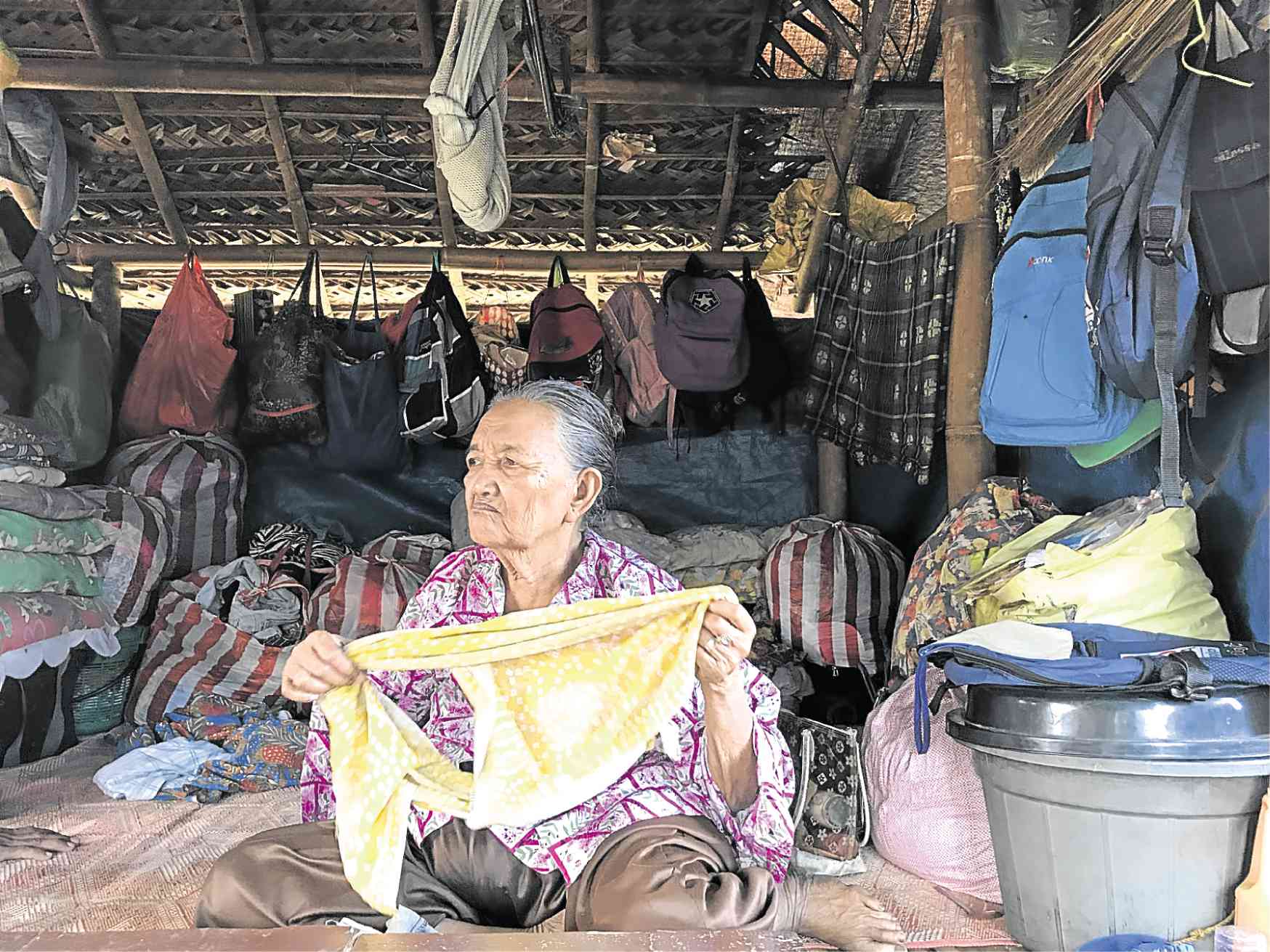 JOLO, SULU — A day after the bombings at the Catholic church here, close to 400 families fled their homes in two barangays in Patikul town because of the military’s relentless shelling.

“[The evacuees] were brought down [from the hills to Barangay Lower Latih] in a preemptive operation,” Angsa said.

The evacuees were not provided transport and they had to walk more than 8 kilometers to reach Lower Latih, he added.

“We were just told to leave our homes,” said Imam Munap Amaluddin, 61, a religious leader in Upper Latih.

Amaluddin appealed to the military to allow them to secure their farm animals, their “only precious property,” before it continued shelling the hilly areas.

“We are begging the military to help us secure our farm animals first,” he said.

Trouble in the hills

“We are not allowed to go up and get our animals,” he said. “I also failed to [secure] our personal items at home because we were told to rush down.”

Pendakong Hadjirol, 61, said he and his family were tired of fleeing their home everytime trouble erupted.

“We evacuated in 2017 [and stayed away] until 2018. Now we’ve been ordered to come down [again] because of another military operation. I don’t know why, but the bombing in Jolo made everyone suffer,” Hadjirol said.

She said the government should find them a better place to live, away from conflict areas and “with potable water.”

Angsa said the military lockdown in the province had paralyzed civic services, with many social workers trapped in their respective areas.

While classes have been suspended since Monday “except for college students,” farmers are unable to sell their produce because jeepneys from Jolo have stopped plying their routes, Amaluddin said.