30 others, all gov’t workers from Cavite on an outing to Baguio City, injured in accident
By: Maria Adelaida Calayag - @inquirerdotnet
Philippine Daily Inquirer / 05:10 AM February 01, 2019 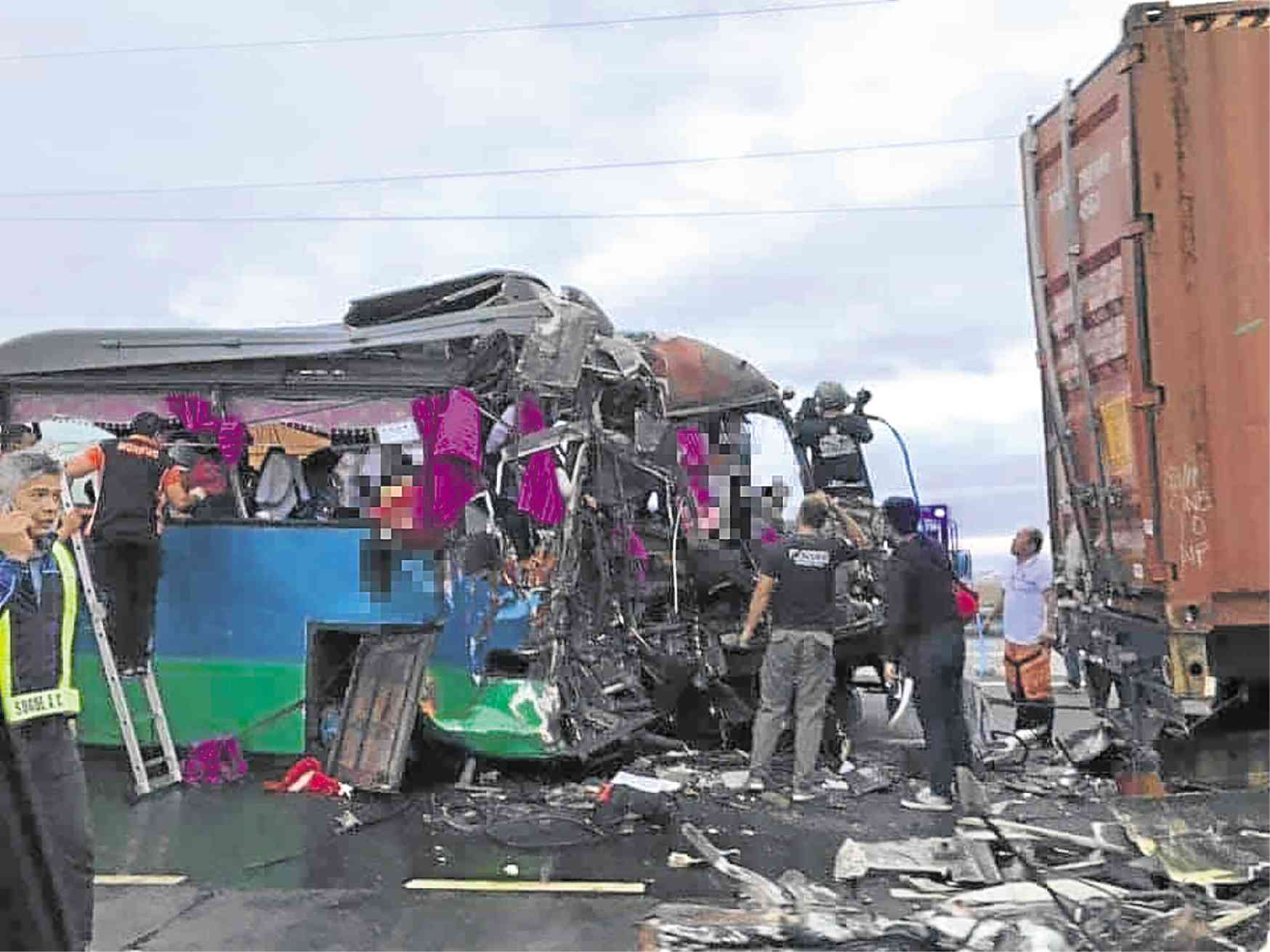 OUTING TURNED TRAGIC The bus carrying government workers from Cavite is barely recognizable after it slammed into the truck in front of it along SCTEx. —GRACE SANSANO/CONTRIBUTOR

CONCEPCION, Tarlac – Five people were killed while 30 more were injured when a tourist bus slammed into an 18-wheel truck along the Subic-Clark-Tarlac Expressway (SCTEx) at the village of Santiago here on Thursday.

Authorities said the bus, which was carrying mostly government employees from Cavite province, hit the rear of the cargo truck around 5:20 a.m.

Police said all of the other passengers of the northbound bus suffered injuries and were brought to different hospitals.

An earlier report said at least 50 bus passengers were hurt in the collision.

The three had been brought to a hospital near the crash site and died of their injuries, according to Ignacio. 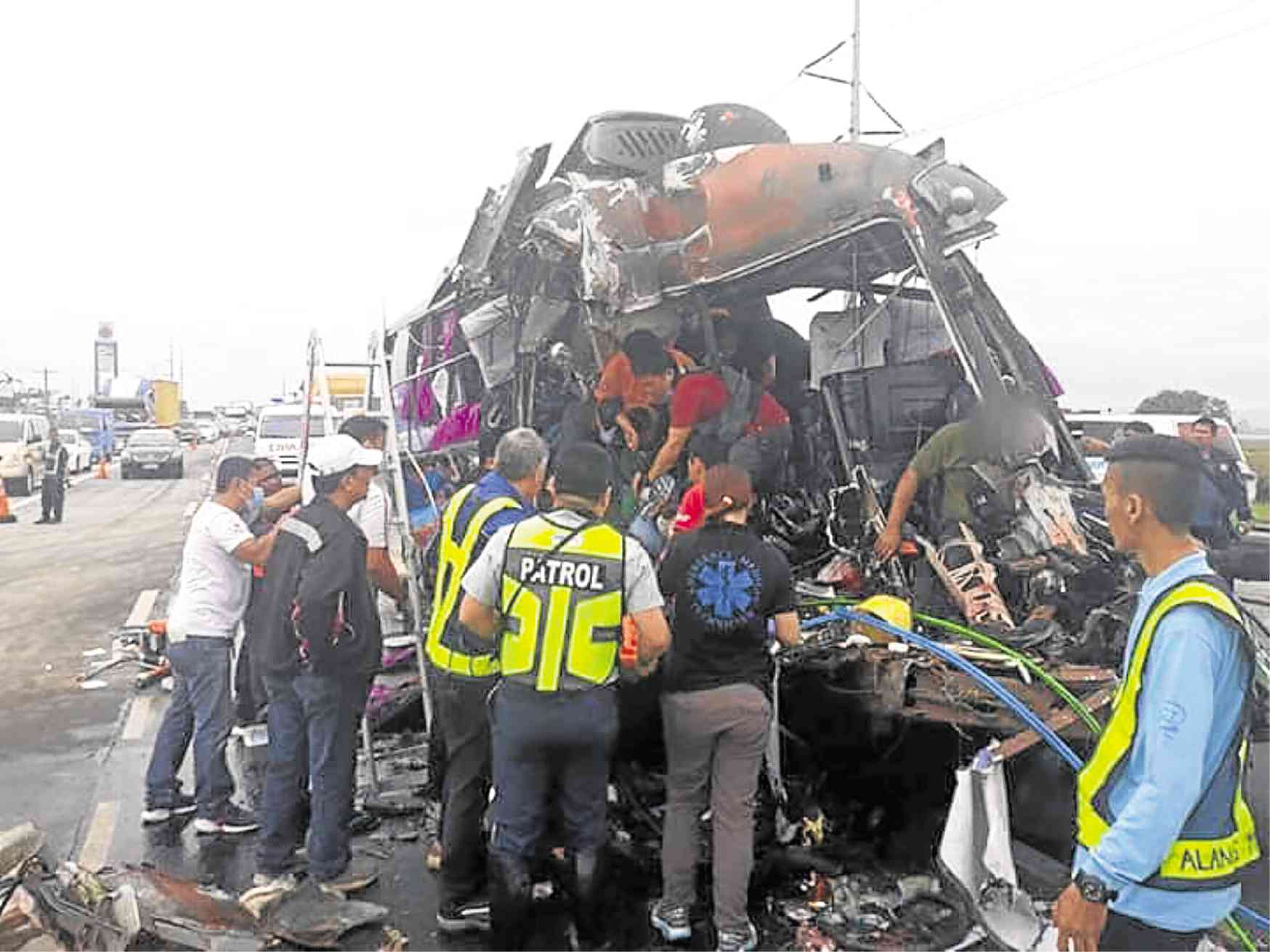 MANGLED The front of the ill-fated Jumbo Transport bus shows the extent of the damage to the vehicle. —PHOTO FROM MDRMMC

Citing some of the passengers, Ignacio said the bus was “running too fast.”

He said investigators were still looking into whether the bus driver miscalculated his speed or fell asleep before the accident.

Ignacio said the road crash caused a gridlock up to 200 meters long.

The bus, owned by the transport firm Jumbo Transport, was headed to Baguio City when it rammed the slow-moving truck.

Police identified four of the fatalities as Ricardo Aledia, a tour guide; Ruel Castillo, Laila Abito and Isidro Brabante, all from Naic town in Cavite.

The injured passengers were taken to hospitals in Tarlac and Pampanga provinces.