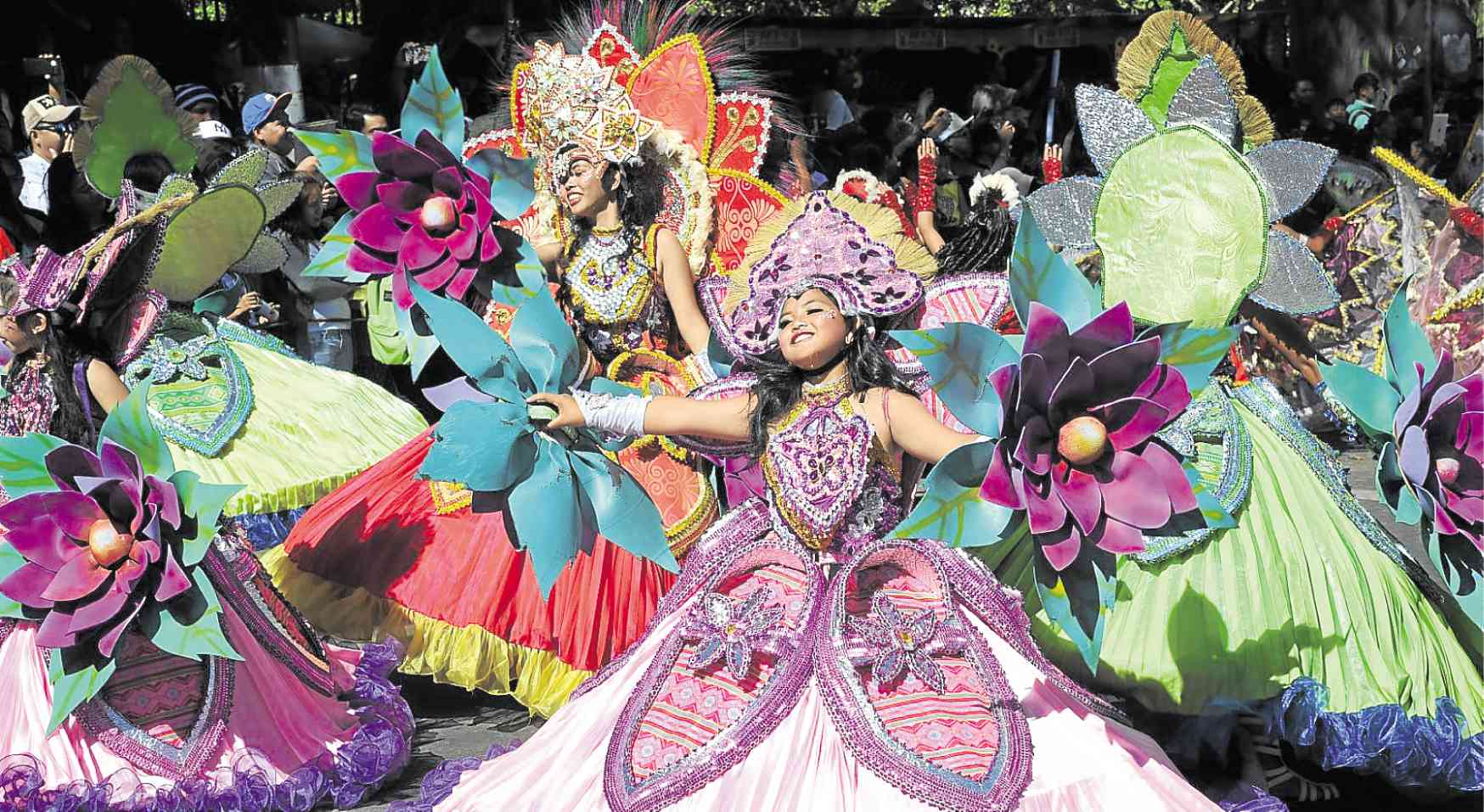 POL TARGET It’s the time of the year again in Baguio City when its famous Panagbenga, or Flower Festival, starts to bloom and a swarm of political insects starts to descend on the country’s summer capital. —EV ESPIRITU

BAGUIO CITY – Informed that some city officials had invited candidates in the May elections to the 24th staging of the Panagbenga, or Baguio Flower Festival, organizers on Wednesday said the candidates would be told to stay away from the street dancing and float parades.

A councilor on Tuesday announced he had invited three senatorial candidates, one of whom was criticized for disrupting last year’s parade with her brother, a former senator.

But the festival organizers were firm: They would keep politics out of Panagbenga   during election years and would not allow the festival to be used as a platform for any national or local candidate.

This year’s Panagbenga kicks off on Friday with an opening parade and the launch of several activities, such as the annual flower landscaping competition.

The grand street dancing parade, the crowd drawer, has been moved from Feb. 24 to March 2, while the grand float parade will be held on March 3, instead of Feb. 25, to make the festival a five-week affair.

Learning from past political seasons, festival marshals have been tasked with taking down posters or streamers of politicians “greeting” festival participants, said Anthony de Leon, one of the festival organizers.

Told about the invited senatorial candidates, Frederico Alquiros, another festival organizer, said the candidates would be offered seats at the grandstand of the Athletic Bowl in Burnham Park where participants converge at the end of the parades.

The Panagbenga has been marred by squabbles among festival organizers and city government officials.

Two weeks ago, the city council passed a resolution that rejected the organizers’ request to hold the annual market exposition, called “Baguio Blooms,” at Burnham Park.

The council said putting up a bazaar there would violate the Baguio environmental code and a trade fair ordinance. Both ordinances prohibited the commercialization of the park.

But Mayor Mauricio Domogan had vetoed the resolution and asked the council to support the market exposition because it would generate revenues needed to sustain the subsidy for schools participating in the parades. —VINCENT CABREZA