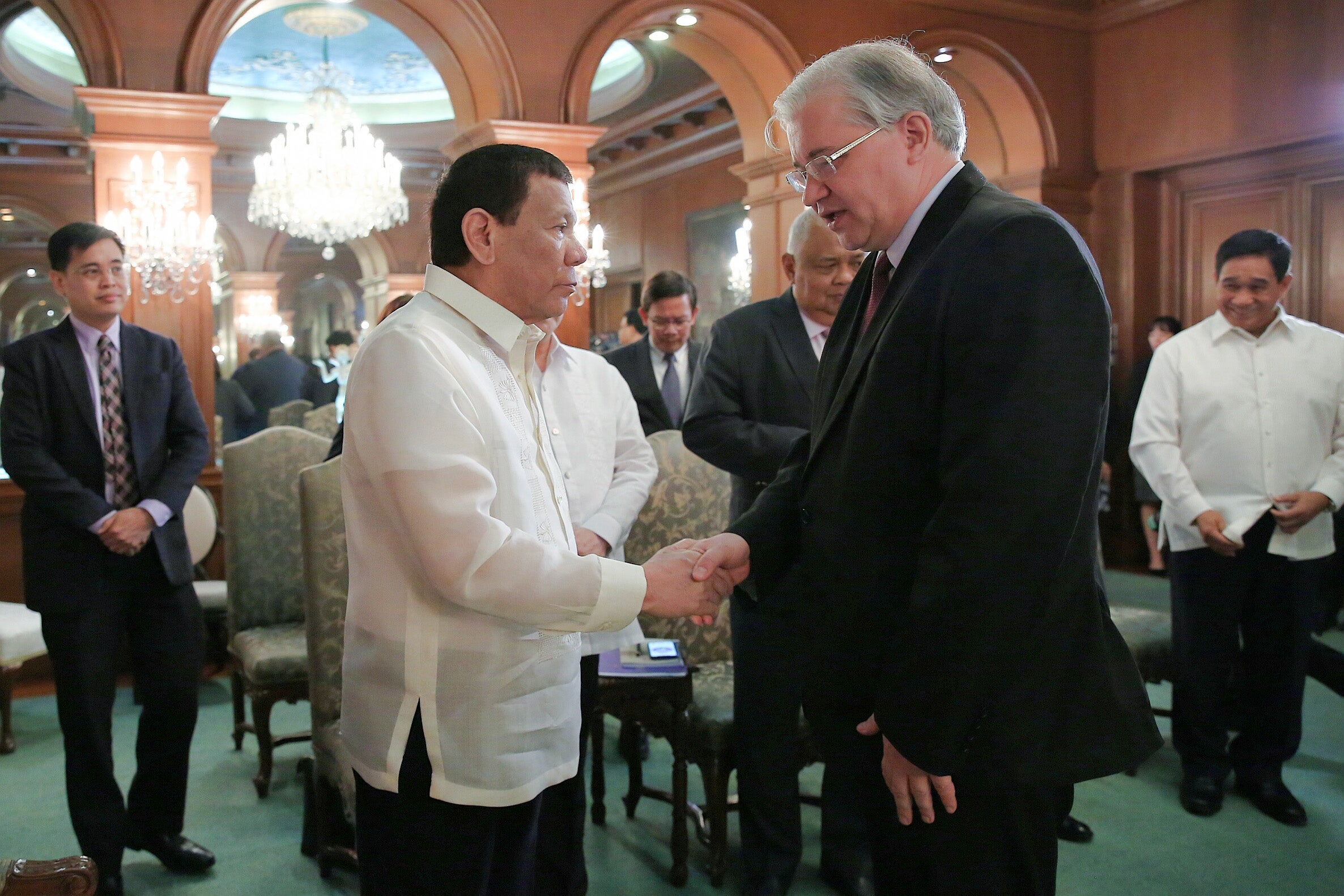 President Rodrigo Roa Duterte greets Russian Ambassador to the Philippines Igor Khovaev who paid a courtesy call on the President at the Malacañan Palace on January 31, 2019. PRESIDENTIAL PHOTO

MANILA, Philippines – Russia has reaffirmed its commitment to help the Philippines improve its defense capabilities to combat terrorism.

“The Russian Ambassador reiterated their condolences for the deaths caused by the twin explosions in Jolo and condemned the incident while reaffirming their country’s commitment to help our nation combat terrorism,” Presidential Spokesperson Salvador Panelo said in a statement.

Panelo said Khovaev “renewed Russia’s commitment to strengthen their cooperation to help our national defense and significantly improve its capabilities.”

He added Khovaev “expressed that Russia intends to build a long-term relationship with the Philippines based on trust and confidence.”

“In response, [Duterte] reaffirmed the importance placed by the Philippines on its relations with Russia and renewed the commitment to further expand and deepen our country’s cooperative ties with them,” Panelo said.

He also said the President “thanked the Russian Ambassador for the expression of sympathy for the lives lost in Jolo and underscored that the Philippines values its relations with countries that share the commitment to combat terrorism and violent extremism.” /kga