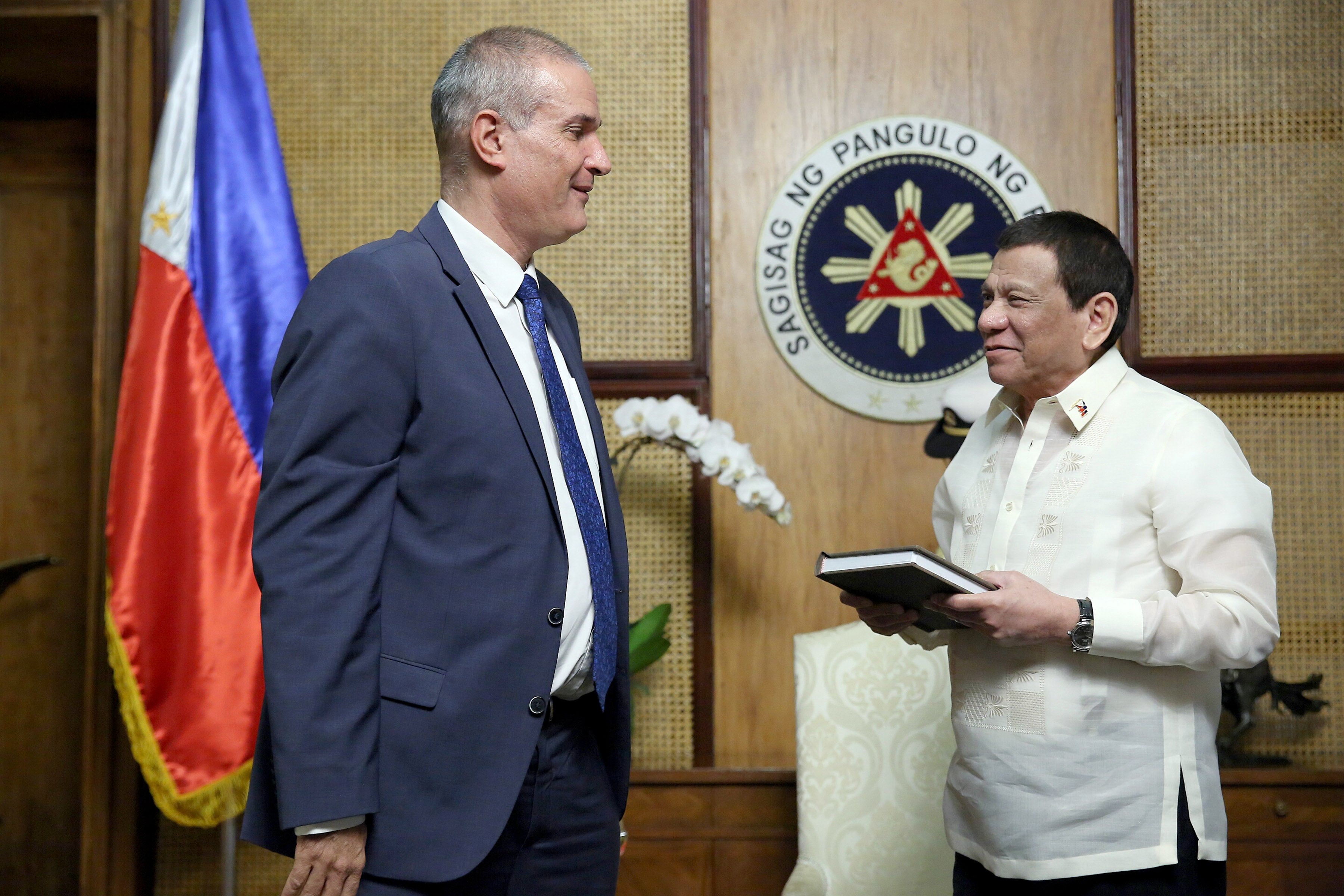 President Rodrigo Roa Duterte receives a token from Ambassador of Israel to the Philippines Rafael Harpaz who paid a courtesy call on the President at the Malacañan Palace on January 31, 2019. ALBERT ALCAIN/PRESIDENTIAL PHOTO

“The Israeli Ambassador relayed their condolences for the affected families resulting from the twin bombings in Jolo, Sulu, and said that terrorism and violent extremism must be defeated,” Panelo said in a statement.

“Ambassador Harpaz also reported to the President that Israel had already ratified the agreements on opening and improving opportunities for overseas Filipinos in Israel, particularly for caregivers and those working in the hotel industry,” he added.

“Such a positive development,” Panelo said “is a direct result of President Duterte’s historic visit to Israel.”

He added Harpaz “expressed hope in forging greater PH-Israel cooperation in the industries of agriculture and trade.”

“The President likewise reaffirmed the shared values between the Philippines and Israel and renewed our country’s commitment to strengthen cooperation between the two countries across many fields,” he said.

Panelo said the President “thanked the Israeli Ambassador for the expression of sympathy for the victims of the bombings in Jolo.” /gsg