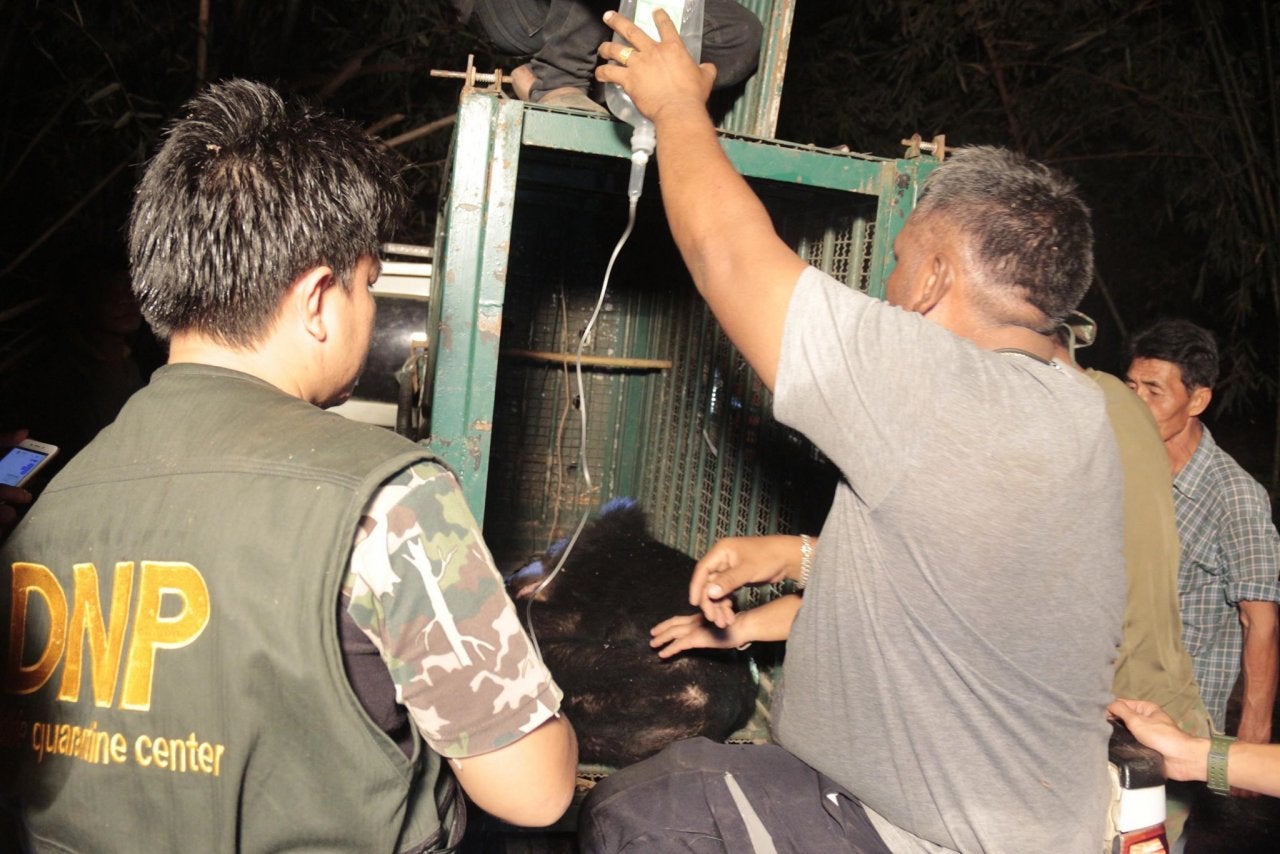 BANGKOK — An ailing Asian black bear was captured for rehabilitation in Prachin Buri’s Prachantakham district on Wednesday night after it came out of a forest to search for food.

Officials of the forest reserve management zone 1 of Prachin Buri rushed to Moo 13 village in Tambon Pho Ngam after a local villager spotted the black bear in his banana plantation.

The villager, Boonchuay Simprasert, 60, said he tried to scare the bear to return to a nearby mountain but it would not leave his plantation and it appeared to stagger while walking.

Officials used a tranquilizer dart to put the bear to sleep before it was carried out of the plantation in an iron cage.

The male bear is about three to four years old but it weighs just 60 kilograms because it is apparently sick.

The bear will be sent to the Nakhon Nayok wildlife rehabilitation centre and released later.