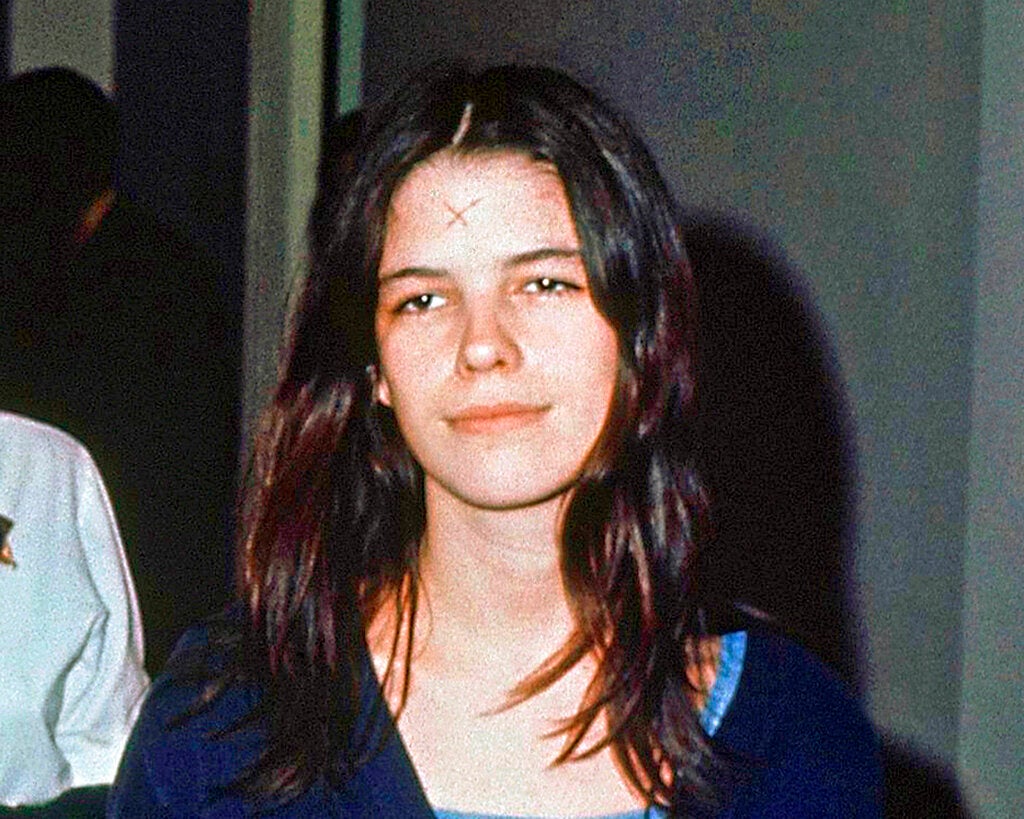 This March 29, 1971, file photo shows Leslie Van Houten in a Los Angeles lockup. The youngest follower of murderous cult leader Charles Manson will ask a state panel to recommend her for parole. Van Houten, who is now 69, is scheduled for a parole hearing Wednesday, Jan. 30, 2019 at the California Institute for Women. Van Houten was previously recommended for parole twice by a state panel but former California Gov. Jerry Brown blocked her release. (AP Photo, File)

After a hearing at the women’s prison in Corona, California, commissioners of the Board of Parole Hearings found for the third time that the 69-year-old Van Houten was suitable for release.

If her case withstands a 150-day review process, it will rest in the hands of California’s new Gov. Gavin Newsom. Van Houten was recommended for parole twice previously, but then-Gov. Jerry Brown blocked her release.

Van Houten was among the followers in Manson’s murderous cult who stabbed to death wealthy grocer Leno LaBianca and his wife, Rosemary, in 1969. Van Houten was 19 during the killings, which came a day after other Manson followers killed pregnant actress Sharon Tate and four others in Los Angeles.

Tate’s sister attended Wednesday’s proceedings and said afterward that she vehemently disagrees with the parole recommendation.

“I just have to hope and pray that the governor comes to the right decision” and keeps Van Houten behind bars, Debra Tate said. Newsom’s office didn’t immediately respond to a request for comment.

Van Houten’s lawyer, Rich Pfeiffer, said he was pleased with how the commissioners focused on making sure that she took “full responsibility” for her role in the killings.

“She chose to go with Manson. She chose to listen to him. And she acknowledges that,” Pfeiffer said. He predicted that it “will be much more difficult” for Newsom to block parole than it was for Brown.

In his decision last year, Brown acknowledged Van Houten’s youth at the time of the crime, her more than four decades of good behavior as a prisoner and her abuse at the hands of Manson. But he said she still laid too much blame on Manson for the murders. 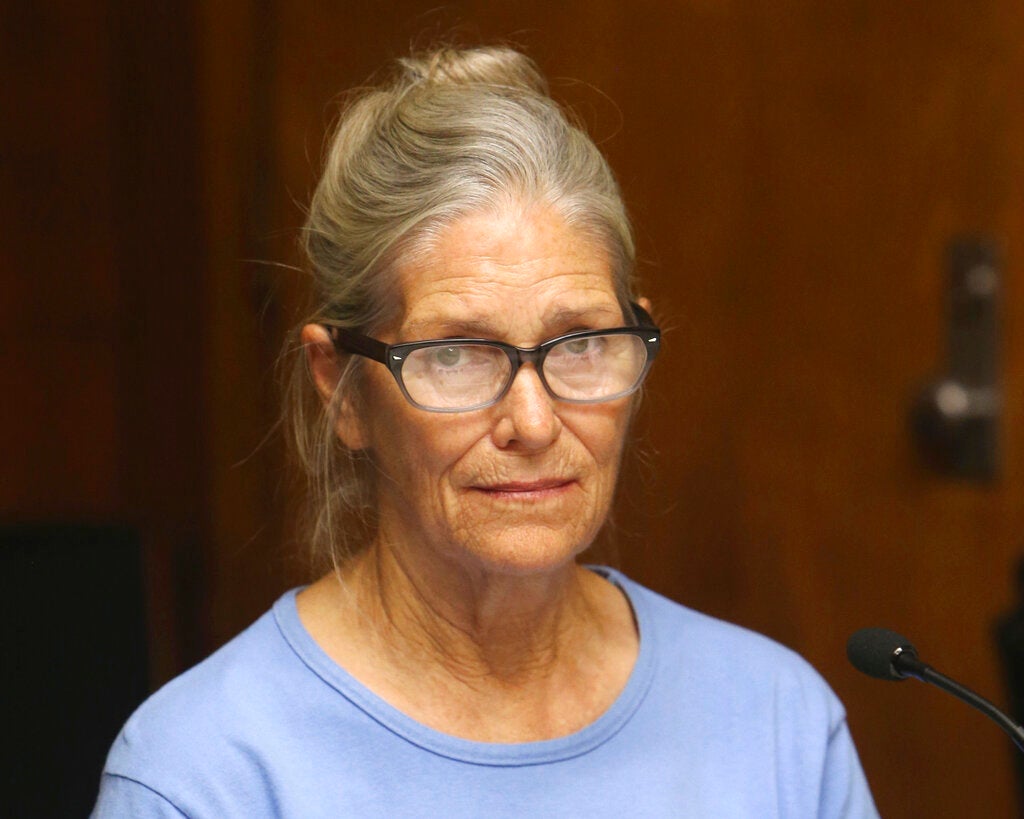 This Sept. 6, 2017 file photo shows Leslie Van Houten at her parole hearing at the California Institution for Women in Corona, Calif. The youngest follower of murderous cult leader Charles Manson will ask a state panel to recommend her for parole. Van Houten, who is now 69, is scheduled for a parole hearing Wednesday, Jan. 30, 2019 at the California Institute for Women. Van Houten was previously recommended for parole twice by a state panel but former California Gov. Jerry Brown blocked her release. (Stan Lim/Orange County Register/SCNG via AP, Pool, File)

At her last hearing, Van Houten described a troubled childhood. She said she was devastated when her parents divorced when she was 14. Soon after, she said, she began hanging out with her school’s outcast crowd and using drugs. When she was 17, she and her boyfriend ran away to San Francisco’s Haight-Ashbury District during the city’s Summer of Love.

She was traveling up and down the California coast when acquaintances led her to Manson. He was holed up at an abandoned movie ranch on the outskirts of Los Angeles where he had recruited what he called a “family” to survive what he insisted would be a race war he would launch by committing a series of random, horrifying murders.

Van Houten said she joined several other members of the group in killing the LaBiancas, carving up Leno LaBianca’s body and smearing the couple’s blood on the walls.

No one who took part in the Tate-LaBianca murders has been released from prison.

Manson died in 2017 of natural causes at a California hospital while serving a life sentence.

Read Next
Request for solons’ SALNs may soon need House plenary approval
EDITORS' PICK
Someone from the Philippines can become $356 Million richer this Tuesday
Cherry Mobile teams up with Cloud Panda PH, launches online store
Trump took shelter in White House bunker as protests raged
Calida attends House hearing on ABS-CBN franchise
Leveling up your ‘lutong bahay’ with the kitchen companion you never knew you needed
WATCH: Edsa traffic blues on GCQ Day 1
MOST READ
‘If I had not been SolGen, I will make you eat your words,’ Calida tells Coco Martin
5 car dealership outlets shutting down
Calida says he is not ‘at loggerheads’ with Congress on ABS-CBN issue
WATCH: Edsa traffic blues on GCQ Day 1
Don't miss out on the latest news and information.