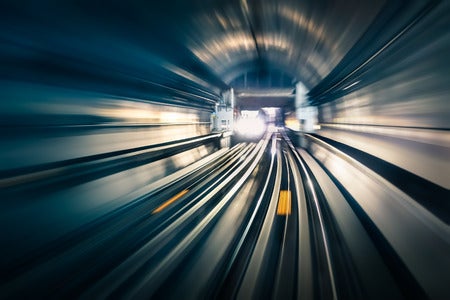 A woman died on the New York subway after she fell down the stairs while carrying her one-year-old daughter’s stroller on Monday, Jan. 28,

The victim, identified as 22-year-old Malaysia Goodson, was found unconscious at the southbound platform of the 7th Avenue BDE station of the subway. She was pronounced dead on arrival when rushed to the hospital, as per WNBC New York.

Meanwhile, Goodson’s daughter Rhylee was found unhurt and was left to her father.

The New York Police Department (NYPD) said it is still unclear if Goodson had a medical episode or if she accidentally fell down the stairs.

Goodson’s mother, Tamika, expressed grief and shock over the sudden death of her daughter. “I don’t know which way to go,” she was quoted in the report.

New York’s Metropolitan Transport Authority (MTA) issued a statement on Goodson’s death, saying that it was a “heartbreaking tragedy” and that they, the NYPD and the medical examiner’s office have launched an investigation.

MTA officials found that the subway elevator and stairs were in good condition. However, a study titled “Bringing Innovation to Paratransit” — by the New York University-Wagner’s Rudin Center for Transportation Policy and Management — found that of all the 472 subway stations, only 25 percent are considered wheelchair-accessible, which means that only this percentage has elevator access to the mezzanines and platforms.

Bill de Blasio, New York City mayor, also commented on the young mother’s death via Twitter. “This is a heartbreaking tragedy that never should have happened,” he said. “The subway system is not accessible for everyone and that’s an environment the MTA should not allow.” Katrina Hallare/JB

ADVERTISEMENT
Read Next
PDEA, BOC to block entry of illegal drugs into PH with new task group
EDITORS' PICK
Scheduled MRT-3 weekend shutdown suspended due to ‘Rolly’
#BeTheFocus with the all-new vivo V20 series, available on October 30
Signals 3 and 4 may be raised due to potential ‘super typhoon’ Rolly
Batangas province under state of calamity due to ‘Quinta’
ClassIn as an EdTech tool that helps lessen pain points in the K-12 school’s online transition
Aiai delas Alas reaffirms commitment with Siomai King as Brand Ambassador
MOST READ
Signals 3 and 4 may be raised due to potential ‘super typhoon’ Rolly
US weather bureau predicts ‘Rolly’ may intensify into super typhoon before landfall
‘Rolly’ rapidly turns into typhoon, but Pagasa says peak intensity far from super typhoon levels
Even before ‘Rolly’ hits PH landmass, Pagasa already monitoring next storm
Don't miss out on the latest news and information.