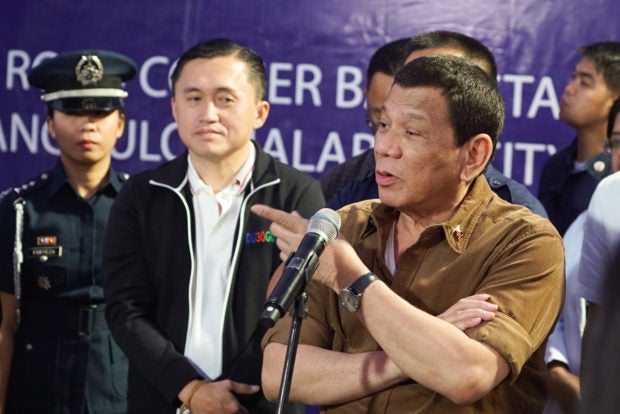 “The President wants to get rid of corruption in land conversion cases, and he understands how delays in processing can be equated with corruption. This is why we have been tasked to improve the current systems so that delays can be avoided,” Nograles said in a statement on Wednesday.

Duterte issued the order after announcing that he will fire two Department of Agrarian Reform (DAR) officials over an “application” that has been delayed for years.

The President found it unacceptable that it took DAR two years to process the conversion of an agricultural land to commercial use, saying there was probably corruption involved.

As of 2018, at least 140 conversion cases remain pending with the agrarian reform department.

“At present, classification and conversion of land from agriculture to other uses are handled by the DA and DAR, respectively, using criteria and regulations specific to these departments. Then there’s the DENR, which issues environmental clearances,” Nograles said.

“The challenge is to get everyone on the same page so that we can identify the choke points in the process and handle these appropriately,” Nograles said.

The former lawmaker said delays in land conversion cases can be attributed to the acceptance of applications with insufficient documentary requirements; delays in the submission of the applicant’s missing certificates, permits, or licenses; redundant processes in the conversion application; delays in the completion of the posting of the billboards and notices due to opposition from interest groups; and open-ended periods for deliberation in the various levels or offices involved in the evaluation of applications.

Nograles revealed that concerned agencies proposed measures to address these delays to shorten the conversion process to just 30 working days from receipt of the application with complete supporting documents.

“We are now working with the concerned agencies so that the DAR can finalize and implement the new streamlined procedures. The results of the new procedures will be reported to the President in the next few weeks,” the Palace official added. /jpv