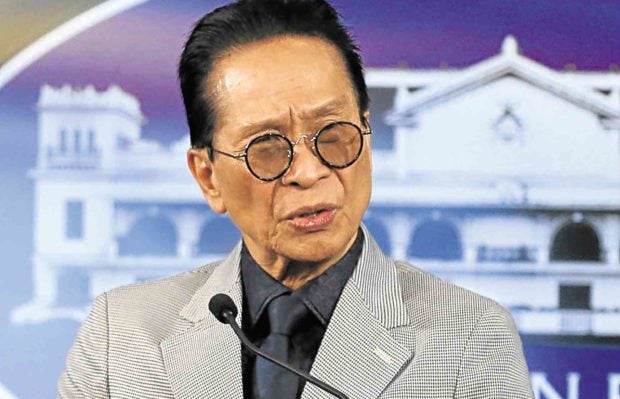 MANILA, Philippines—Malacañang on Wednesday rejoiced at the Philippines’ slight improvement in the worldwide corruption index, calling it a validation of the Duterte administration’s “significant strides” in promoting good governance.

According to global anti-corruption watchdog Transparency International, the Philippines obtained a score of 36 in 2018 from 34 in 2017, jumping to 99th place out of 180 countries.

In a statement, Presidential Spokesperson Salvador Panelo said that in his quest to eliminate corruption, President Rodrigo Duterte has “fired military and high officials, including his longtime friends and allies.”

Panelo also cited the 8888 hotline the government launched for citizens’ complaints and the issuance of an order on freedom of information.

“The President has truly displayed leadership by example and we expect to see further progress in our ranking and make the country’s score at par with the Asia-Pacific regional average,” Panelo said.

The Palace official, however, conceded that “corruption cannot be obliterated overnight for it has significantly developed within our country’s system of governance through the years”

Panelo also called on the public not to initiate or enable any form of bribery but rather report any irregularity they may experience in dealing with the government.

“It is only through our collective efforts that we can entirely eliminate corruption from our country’s institutions,” he said.

Since taking the presidency in 2016, Duterte has vowed to fire government officials even on the slightest “whiff of corruption.” /jpv