Duterte defends Bato's biopic: 'It's a tribute to a soldier of the Philippines' | Inquirer News
Close
menu
search

Duterte defends Bato’s biopic: ‘It’s a tribute to a soldier of the Philippines’ 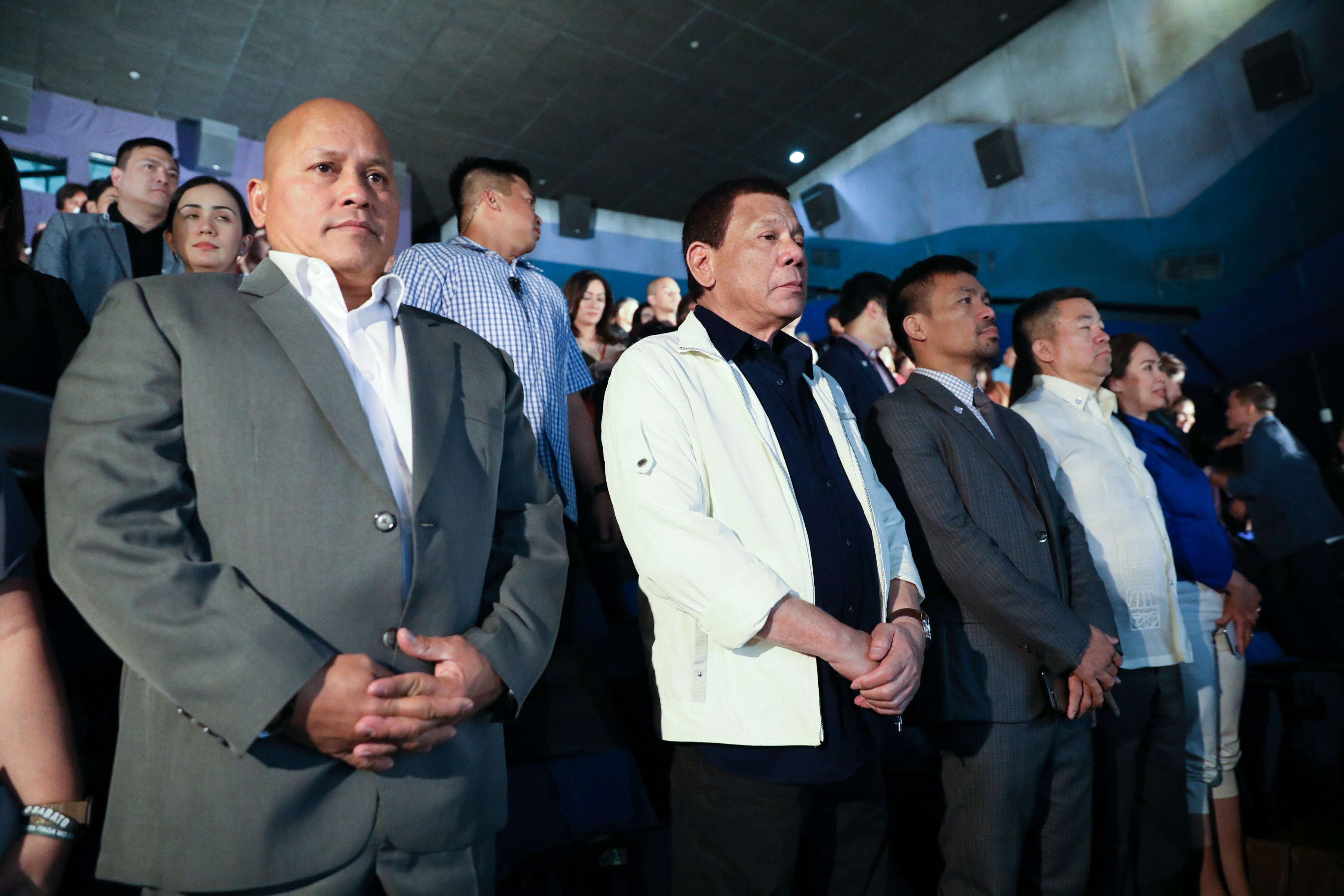 “People have preconceived notions about the timing of the movie shown. But you know it’s a tribute to an officer and a soldier of the Republic of the Philippines,” Duterte said after gracing the film’s premiere night on Tuesday.

“He is really what is being portrayed here in that movie. He has the balls and he has the heart,” he added.

Prior to its release, the film was met with criticisms as it was believed to be an election offense. However, the Commission on Elections (Comelec) said that showing the biopic will only be deemed an election offense if it is shown from Feb. 12, or the start of the campaign period, and onward.

As Duterte’s first police director general, Dela Rosa had been at the forefront of the administration’s war on drugs from 2016 until his retirement in April 2017.

He was later appointed director general of the Bureau of Corrections.

If elected a senator, he said he would push for reforms in the police force and the restoration of the death penalty.

Aside from Duterte, Senators Koko Pimentel and Manny Pacquiao were also present during the premiere night at the SM Megamall in Mandaluyong City. /ee