2 men in CCTV of Jolo blasts surface to clear names 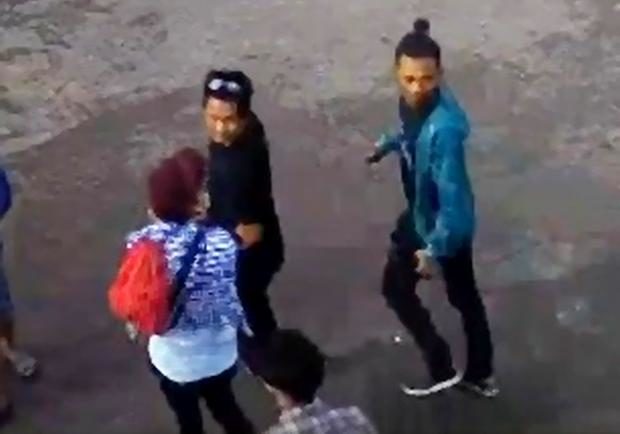 This photo from the Philippine Army shows identities of suspects in the Jolo church blasts as caught on CCTV. Two explosions rocked the Cathedral of Our Lady of Mount Carmel in Jolo, Sulu, last Sunday, January 27, 2019, and left at least 21 people dead and scores of others wounded.

MANILA, Philippines — Two persons whom authorities claimed were the suspects behind the twin blasts in Jolo, Sulu as shown in closed-circuit television camera (CCTV) footages turned themselves up before the police on Wednesday to clear their names.

The two reportedly appeared before the police and denied any participation in the bombing of the Cathedral of Our Lady of Mount Carmel that left 21 people dead and 97 injured, said Chief Supt. Amador Corpuz, director of the Philippine National Police-Criminal Investigation and Detection Group.

Corpuz said the police are currently taking the testimonies of the two men.

He said the regional police have yet to relay further details. /jpv