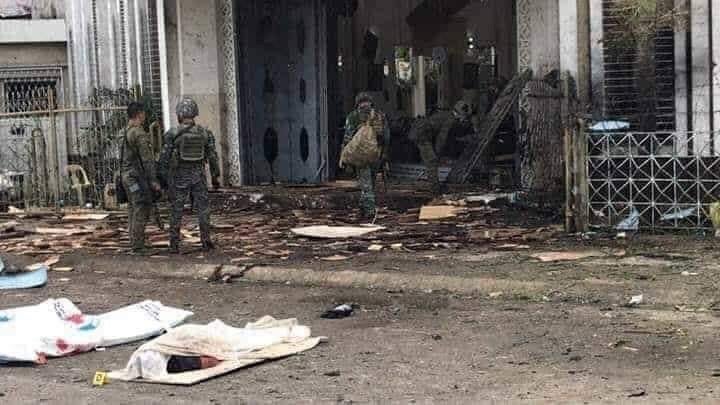 Jolo town mayor Kherkar Tan shared photos of explosions inside and outside of Mount Carmel Cathedral in barangay Walled City in Jolo around 8:20 am January 27.

“The bombing… is a dastardly act that must make us acutely aware of the need to be more inclusive, humane and just at all times,” said Gordon, who also heads the local Red Cross.

He said two Red Cross members were among those injured in the twin explosions, which happened a week after the province of Sulu voted to reject the proposed creation of a new Bangsamoro juridical entity in Mindanao./ac