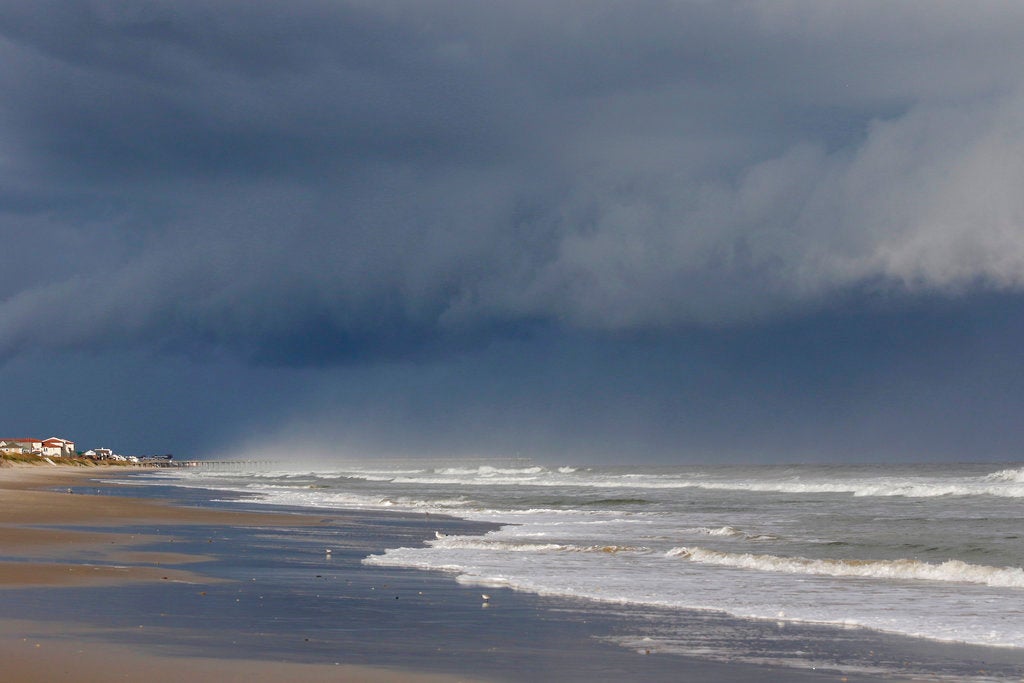 DAVAO CITY, Philippines – Two people died and another was missing as flooding and landslides hit a large part of Southern Mindanao due to incessant rain brought by a cold front, disaster and local officials said Sunday.

Randy Loy, provincial disaster action officer of Compostela Valley, said Dennis Pesadilla and Rommel Gogo died due to landslides in the towns of Compostela and Montevista, respectively, as moderate to heavy rain pounded the province since Saturday morning.

Pesadilla was killed when a slide hit the mining village of Ngan in Compostela past 4 p.m. while Gogo died when a portion of a hill cascaded onto a part of Barangay Tapia, Montevista town.

Twelve-year old Krisel Hermosura went missing after she was swept away by the surging Handurumog River in Nabunturan past Saturday noon, and her grandmother was hurt while attempting to rescue her, Loy said.

The highway has since been cleared of debris and became passable to all vehicles as of 6 a.m. Sunday.

The unidentified man was being treated for injuries at the Kapalong District Hospital.

As of 8 a.m., Sunday, at least 3,119 people have evacuated throughout Davao del Norte due to flooding, the PDRRMO said, although the figures were expected to rise.

There were also reports of infrastructure damage, like two bridges collapsing in the villages of Limbaan and Mambing in New Corella town.

In Davao Oriental, soldiers and rescue workers assisted the evacuation of 112 families from six barangays near the Aragon Dam in Cateel town due to the threat of flooding, according to Karen Deloso, provincial information officer.

Deloso said the provincial government had prepositioned about 1,000 food packs and other assistance for the evacuees.

In Davao City, at least 1,050 persons from the villages of Lasang and Bunawan have been moved to safer grounds, said Leslie Francisco, Office of the Civil Defense Southern Mindanao spokesperson.

The bad weather which was brought by the tail-end of a cold front over Mindanao was expected to prevail until Monday, with state meteorologists and disaster officials warning of moderate to heavy rainfall still affecting Davao Region for several days. /cbb