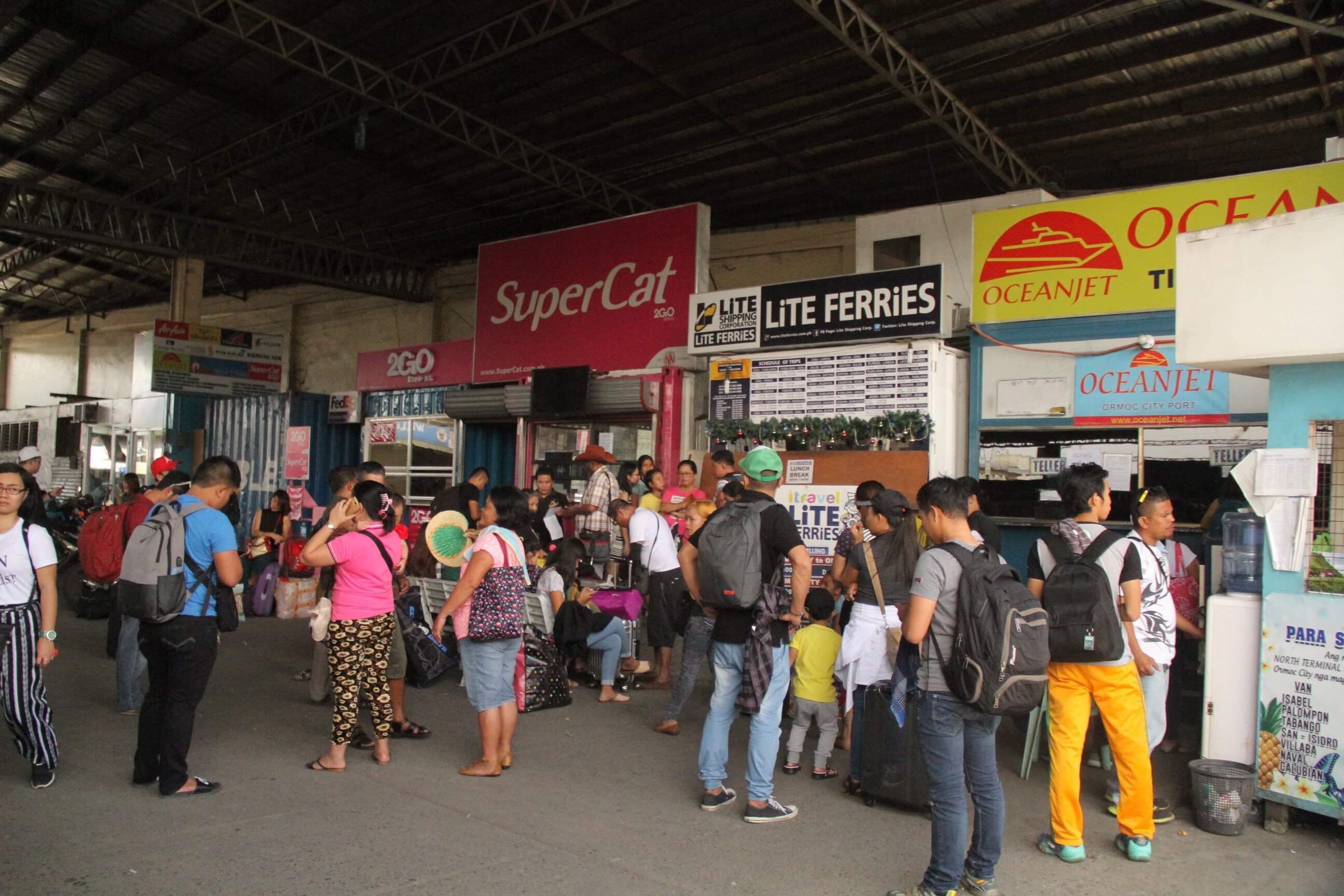 Passengers line up at the ticket booth of a shipping line that has a roll-on roll-off ship that will travel to Cebu Saturday tonight. Photo by Robert Dejon

ORMOC CITY—More than 200 passengers bound for Cebu returned home from the Ormoc port after the Coast Guard prevented fast crafts from sailing due to big waves brought by a gale warning in Samar.

Pagasa’s estimate of the waves was 4.5 meters making it very difficult for fast craft vessels to sail. The Coast Guard also prevented small sea craft such as those used by fishermen from going fishing to avoid any untoward incident, he said. 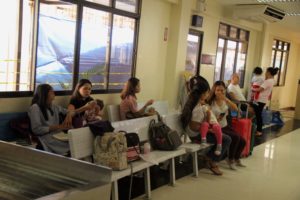 Transient passengers in Ormoc City prefer to staty inside the Ormoc Port terminal compund hoping to have a trip on Saturday. Photo by Robert Dejon

Only a big boat from Roble Shipping was allowed to leave port at 11  a.m. Saturday.

2Go personnel said their supposed first trip at 7:30 a.m. Saturday was canceled after the fast craft that would travel that time failed to arrive because they had to return to the Cebu port due to the big waves.

Their second trip at 8:30 has 198 passengers but most of the passengers preferred to return home, with few others staying in the port compound hoping that a trip from Cebu would arrive for the 1:30 p.m. trip.