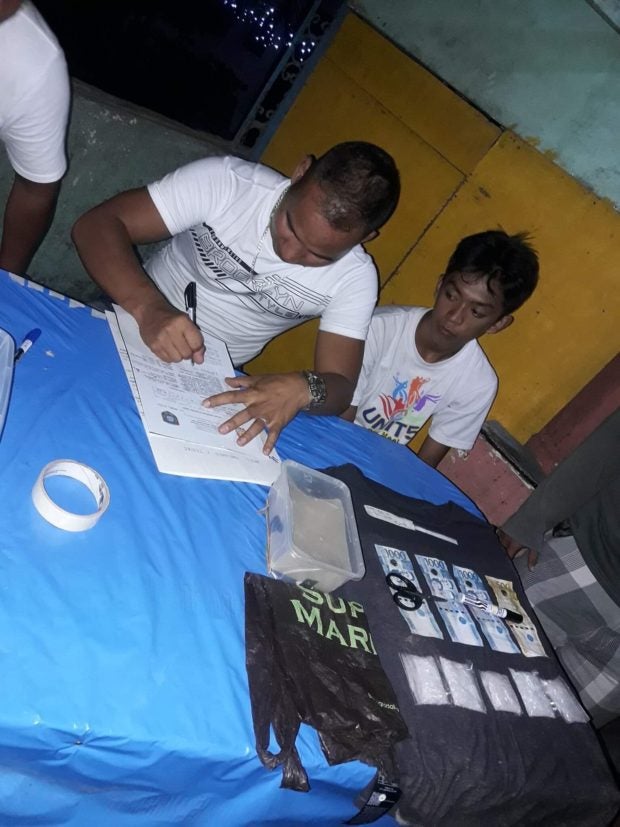 TAGBILARAN CITY, Bohol—A high school student was arrested in a buy-bust operation in this city on Saturday.

James Maniwang, 18, a resident of Peñaflor St., Barangay Booy, Tagbilaran City, was arrested after he allegedly sold shabu worth P3,500 to undercover police during a buy-bust operation led by the City Drug Enforcement Unit near his residence at 12:30 a.m. Saturday.

Seized from Maniwang were five large packs of suspected shabu which weighed 128 grams with an estimated value of P870,000.

Police will file charges for violation of the Comprehensive Dangerous Drugs Act against the student./lzb