I’m just after winning your hearts–Arroyo 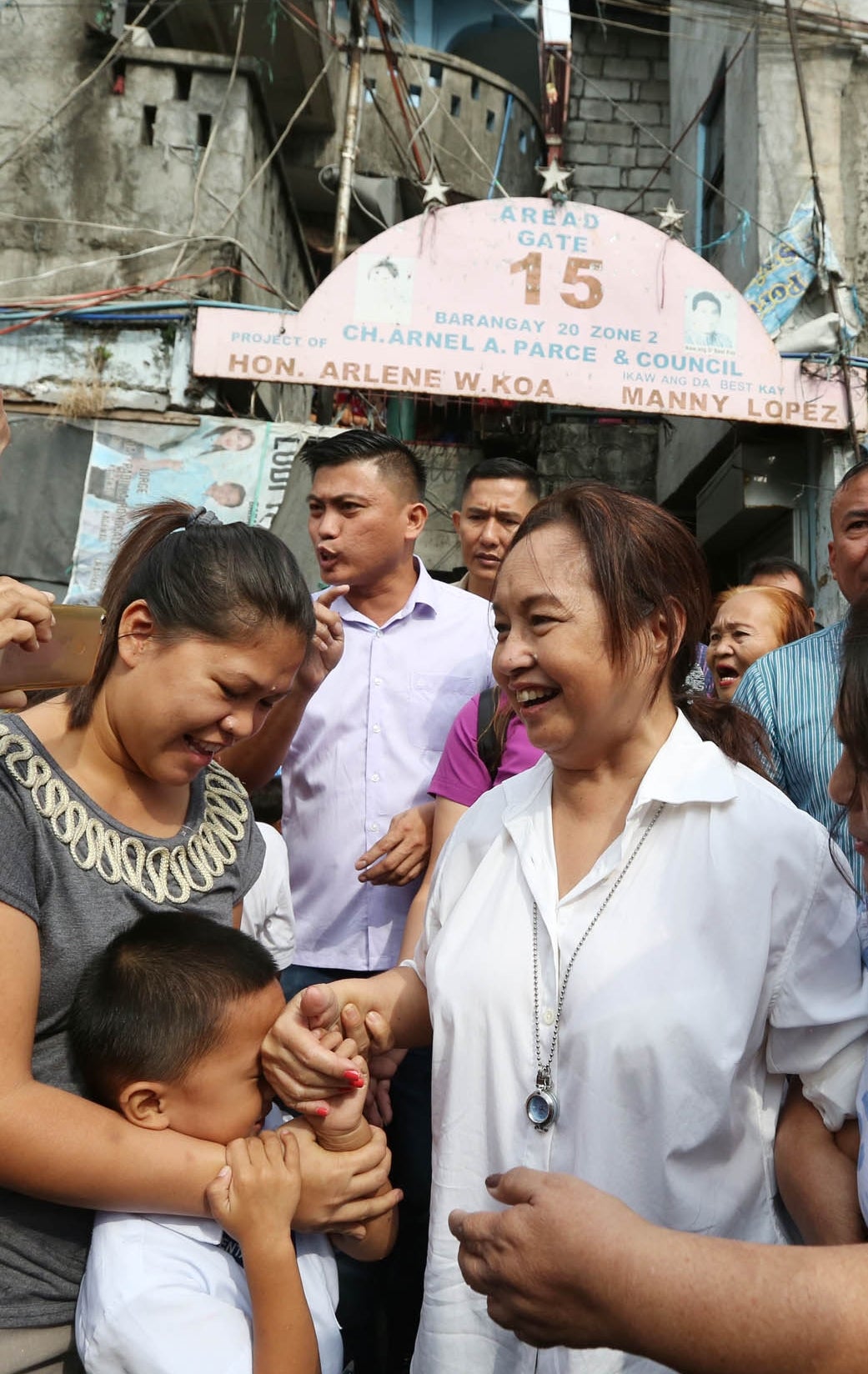 She has no intention of running for public office, Speaker Gloria Macapagal-Arroyo said on Friday, as she distributed land titles to about 80 families in an urban poor community in Tondo, Manila.

“I repeat, I am not running for any post. My time is over,  I’m just after winning your hearts so you’ll remember me even after I have stepped down,” the Pampanga lawmaker said, reprising a similar vow she made after her presidential term ended in 2010.

The former President took over as House Speaker in July in a dramatic coup that ousted former Speaker Pantaleon Alvarez.  She has been quoted in interviews as saying that she only assumed the House leadership to help achieve President Duterte’s legislative agenda.

On Wednesday, the House approved on second reading a bill lowering from 15 to 9 the age of criminal liability. In December, it approved on third and final reading the controversial federal charter draft principally authored by Arroyo that would replace the prevailing 1987 Constitution and pave the way for a shift to federalism.

President Duterte has been pushing for both bills, with Arroyo acknowledging that lowering the age of criminality was “what the President wants.”

If her pronouncement about retirement holds true, Arroyo would have spent 25 years in government service, holding such posts as President, Vice President, senator, House Speaker, department secretary and undersecretary.

Arroyo’s recent visits to depressed communities are widely seen as part of her efforts to improve her low approval ratings in recent surveys that tagged her as one of the least trusted government official.

Her Friday visit to the Parola districts of Binondo and Tondo was preceded on Thursday by a meeting with leaders of another urban poor community in Quezon City.