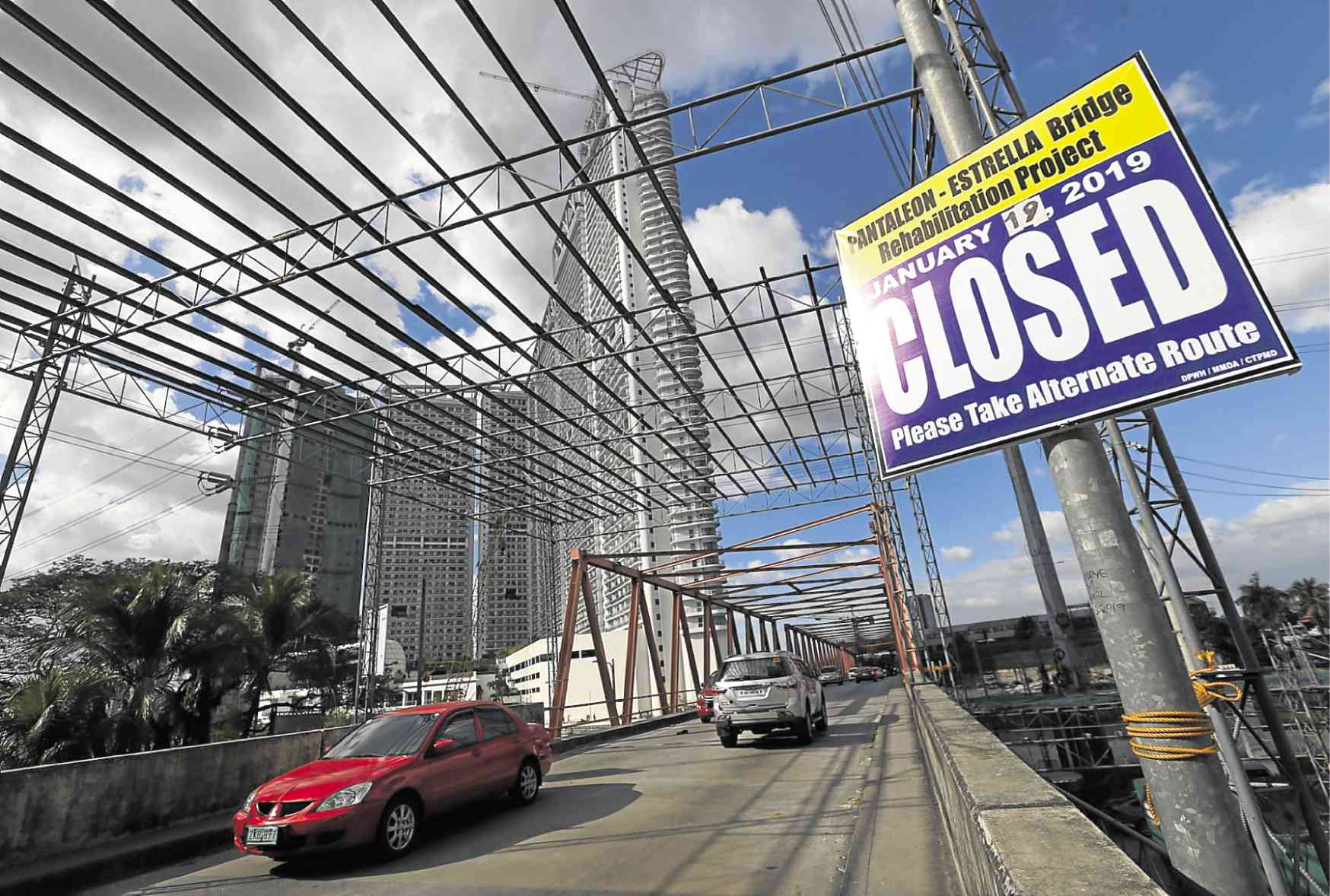 “STRESSED” The bridge will reopen in 2021. —LYN RILLON

Although the Estrella-Pantaleon Bridge may be relatively new compared to other structures, the Department of Public Works and Highways (DPWH) said there was a need to replace it since it was already operating at twice its capacity, thus affecting its overall integrity.

Amid criticisms from motorists, Public Works Secretary Mark Villar defended on Wednesday the decision to close down the bridge linking the cities of Makati and Mandaluyong.

“We want to do it now because we can anticipate that traffic will not decrease. That will create more stress for the bridge and affect its longevity,” Villar said during the Meet the Inquirer Multimedia forum.

On Jan. 19, authorities finally closed down the bridge after months of putting it off over concerns this could worsen congestion in the area.

Inaugurated in 2011, the modular bridge serves around 40,000 vehicles a day, twice its original capacity.

The 30-month reconstruction of the bridge will expand its two lanes to four to accommodate the growing number of motorists.

The project comes at no cost to the government as it is part of the Chinese government’s financial assistance to the country, Villar said.

He admitted that while the project would inconvenience motorists, the benefits would surely “outweigh … the inconvenience.”

According to Villar, motorists will have some respite in the coming months with the opening of the Harbor Link and the Sta. Monica-Lawton Bridge.