Pedestrians invited to take over bustling Pearl Drive which will be turned into carless zone for 48 hours starting today
By: Matthew Reysio-Cruz - Reporter / @inquirerdotnet
Philippine Daily Inquirer / 05:24 AM January 25, 2019 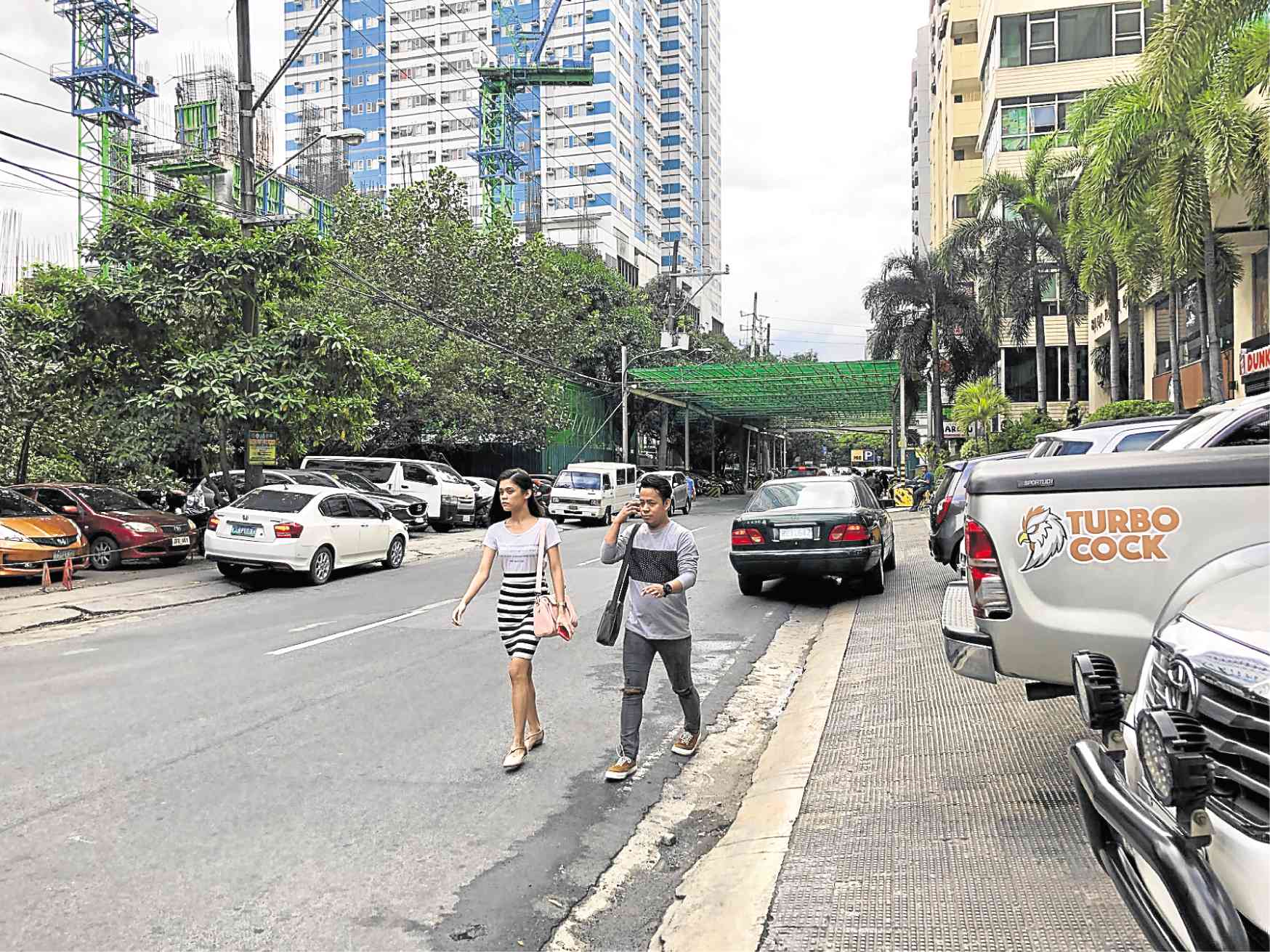 CAR-FREE ZONE From being forced off the road as vehicles occupy the sidewalks, pedestrians get to take over busy Pearl Road in a two-day experiment. —PHOTOS BY MATTHEW REYSIO-CRUZ

For the next two days, Pearl Drive in Pasig City will transform into a makeshift laboratory for an ambitious, community-driven experiment that hopes to lead to a pedestrian takeover of the bustling central business district road.

Starting at 12:01 a.m. on Friday until 11:59 p.m. Saturday, a nearly 200-meter portion of the street will be off-limits to vehicles. But unlike other closures that are typically done to permit construction or private events, this one is engineered to allow the public to use the thoroughfare in limitless ways.

Artists are being invited to paint along the road. Merchants are all set to hawk their wares to passing pedestrians. Parents are encouraged to use the chance to teach their kids how to bike, or plop down for a picnic on the block, said Philip Peckson, one of the event organizers.

“We want people to take over the street. We want people to reclaim the public space which for so long has been denied them,” Peckson told the Inquirer. The closure is also meant to radically rework public understanding of what Metro Manila roads can be.

Peckson belongs to a group called Friends of Pearl Drive, composed of volunteers who live, work or study along the street, which is at the heart of Pasig’s Ortigas Center and anchored by residential high-rises, commercial hubs and University of Asia and the Pacific. 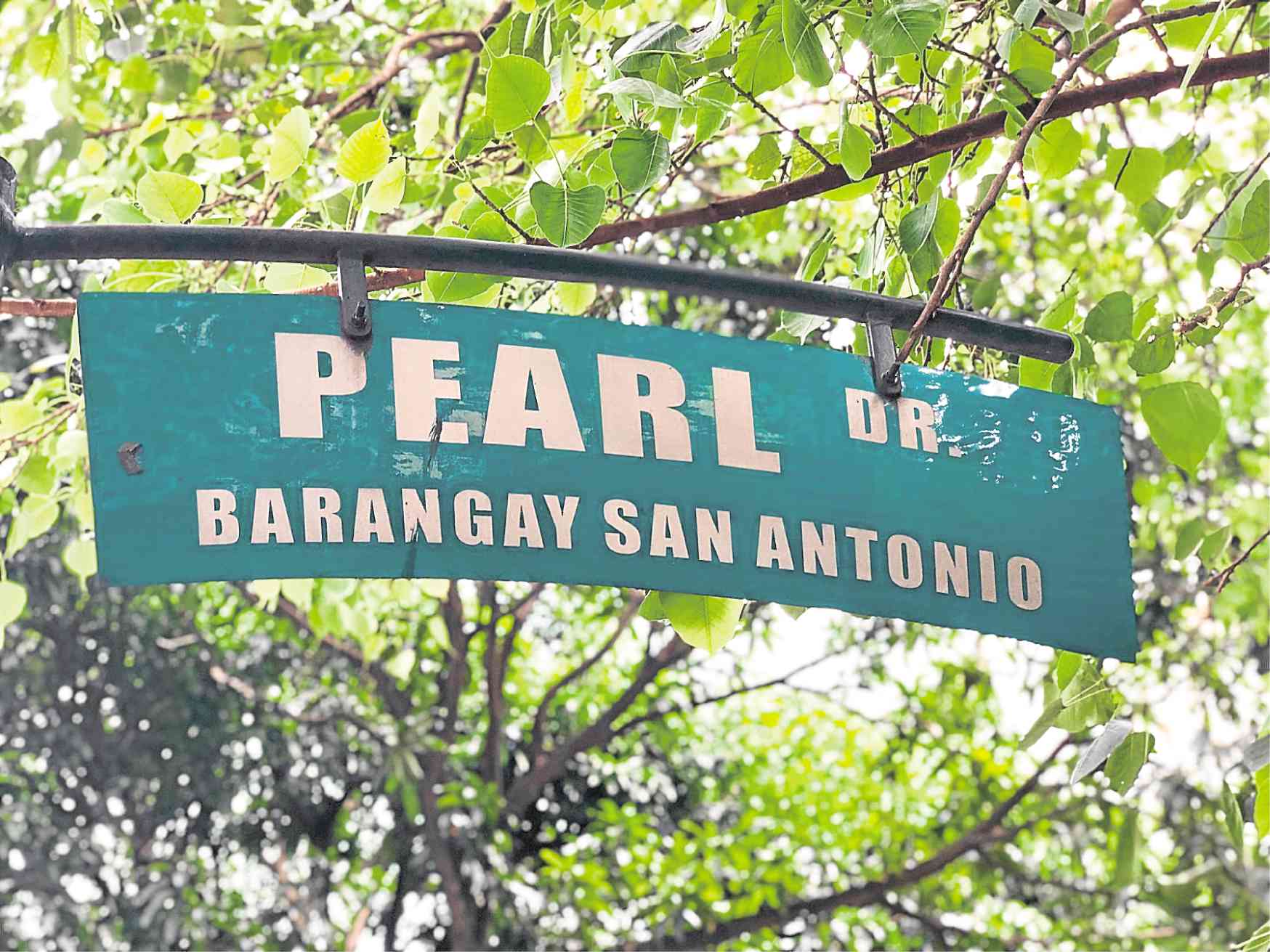 The group asked the local government in September to make the road more walkable.

They have so far gathered 6,104 signatures on a petition that describes Pearl Drive as “a deteriorated public space,” “litter-strewn parking lot” and “unsafe as it is unsightly.”

Currently, about 80 cars at a time park on the street’s sidewalks, turning it into an obstacle course of sorts for pedestrians.

Friends of Pearl Drive ultimately found willing partners in Barangay San Antonio officials and Pasig Transport, the city’s transport development and management office, which implements car-free days on five other thoroughfares in the city during weekends.

According to Robert Anthony Siy III, Pasig Transport head, the upcoming closure of Pearl Drive from Lourdes to Amethyst Streets is unique in that it will be done on a weekday.

Closing down a busy road on a Friday might be unthinkable to some officials who are sensitive to blowback from a public averse to anything perceived as adding to gridlock, but Siy wants to broaden the contours of the transport debate.

“People want to see more road management that focuses on the wellbeing of pedestrians and all road users, instead of just prioritizing cars,” Siy said.

Siy said that despite heightened awareness about the need for open spaces, it’s difficult to find land for a permanent park amid the Ortigas jungle of concrete and steel. But Pearl Drive could act as a de facto park that would address the need for these spaces.

Additional carless days have also been set on Feb. 22 and 23 and on March 22 and 23. If the initiative succeeds, Friends of Pearl Drive is hoping that the road could someday be the first completely pedestrianized street in the capital, complete with a linear park.

At the very least, however, both Siy and Peckson are hoping to touch off a broader discussion about mobility. Filipinos, they reasoned, are too often fed transport solutions that are exclusive to the issue of traffic congestion, like road widening and ever-multiplying flyovers and expressways.

“We want people to move away from the idea that you need a car to function in the city,” Siy said. “We want streets to be places for people of all ages and abilities to get around and enjoy.”

He hopes that the country will one day have its own answer to New York’s Times Square, the once car-laden intersection that was designated a permanent pedestrian plaza in 2010.

Local businesses strongly opposed the closure at first, worried it would cripple sales, but the opposite happened—business boomed like never before.