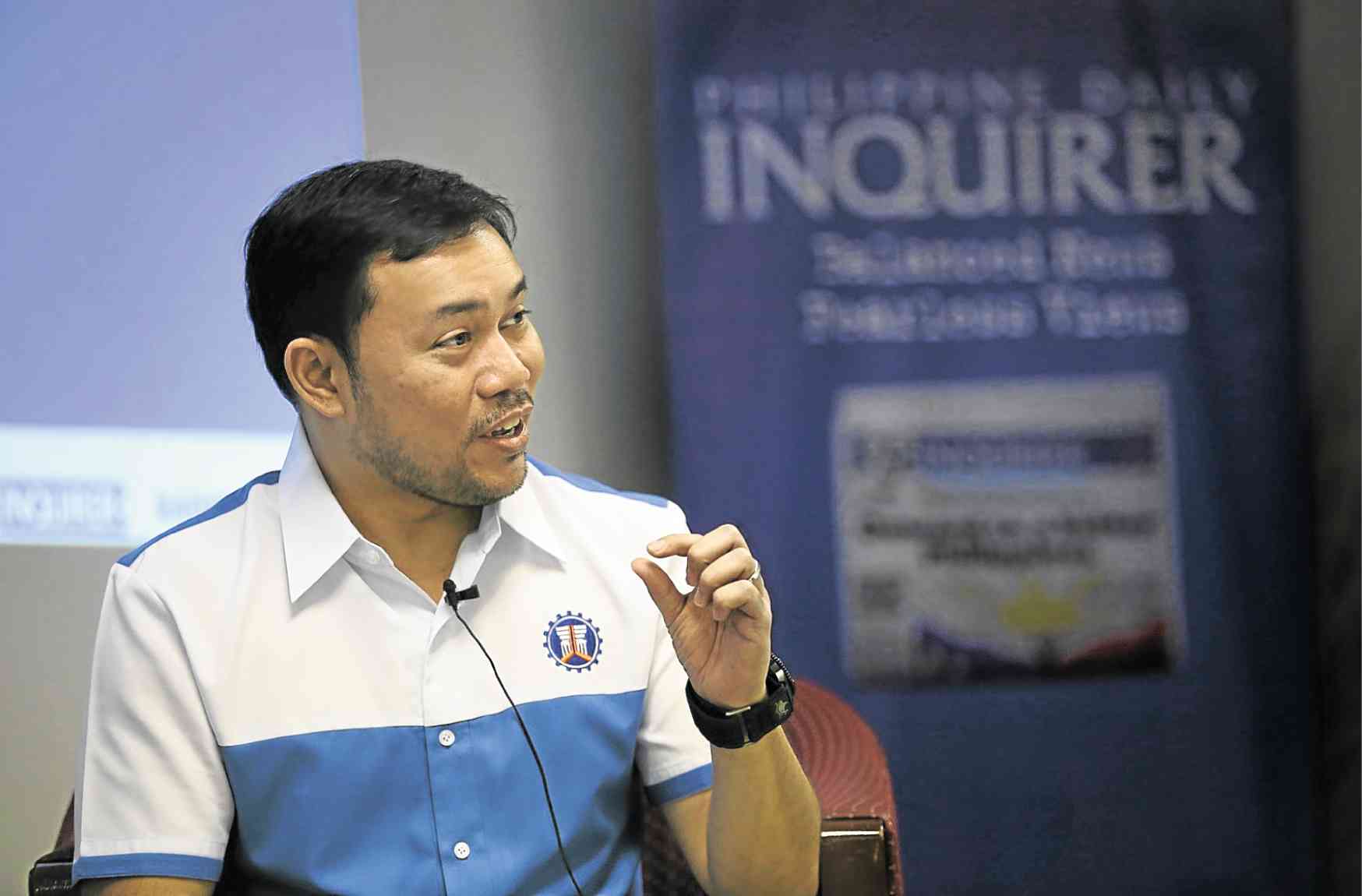 TIME’S UP “It’s meant to pressure them to finish a project at a faster pace,’’ Public Works Secretary Mark Villar tells the Meet Inquirer Multimedia forum on Wednesday as he confirms the blacklisting of 14 contractors. —LYN RILLON

“Do not delay” should have been the motto of at least 14 contractors implementing government infrastructure projects.

Public Works Secretary Mark Villar said on Wednesday that his department had “blacklisted” the contractors for failing to meet the scheduled timelines of projects awarded to them.

At the Meet Inquirer Multimedia forum, Villar pointed out that the Department of Public Works and Highways (DPWH) was strict on deadline compliance because it wanted all projects, even those started by previous administrations, to be completed by the end of President Rodrigo Duterte’s term in 2022.

“All these projects used the people’s money. What matters to us is to finish it. I don’t care if people say we started it or not. Our commitment is to finish all the projects,” he said.

Villar said the ongoing purge of delinquent contractors was meant to ensure that government infrastructure projects were completed on time so that taxpayers could benefit from them.

The DPWH has been able to better monitor and analyze over the last few months the progress of project implementation through the Project and Contract Management Application (PCMA) system, according to Villar.

The system provides the DPWH with “real-time updates” from the ground.

Once a contractor reached a 15-percent slippage rate, or delay in the project timeline, the DPWH would ask it to provide a catch-up plan that it must strictly follow.

If the contractor fails to follow through, its contract with the DPWH is canceled and blacklisting procedures follow.

Once a contractor is blacklisted, the DPWH will bid out the project to other contractors.

“It’s meant to pressure them to finish a project at a faster pace,” Villar said.

RC Tagala’s blacklisting stemmed from “violations of the terms and conditions” stated in its contract for the construction of Labo Bridge in Labo, Camarines Norte.

It has been banned from bidding for any DPWH project since August last year. The ban is for one year.

The ban against Syndtite  was due to its more than 15-percent slippage rate in a flood control project at Barangay Dugayung in Amulung town, Cagayan province.

Other blacklisted contractors were:

Villar lifted the ban two months later after granting its appeal, following the recommendation of the undersecretary for regional operations that the contract be restored.

In July last year, Villar said suspension proceedings were going on for 43 contractors involved in more than 400 government projects nationwide.

He noted on Wednesday that 29 other contractors were still under investigation.

Because of the new system, Villar said the DPWH was able to better deal with corruption, which had long plagued the agency.

He said the DPWH was also able to improve its obligation and disbursement rate by 93 percent and 80 percent, respectively, levels “never achieved” in the agency’s history.

“Corruption is a function of discretion. The more you have systems, controls, the more you minimize corruption,” Villar said.

At the recent hearing on alleged irregularities in flood control projects in Sorsogon province, Camarines Sur Rep. Rolando Andaya Jr. said Bulacan-based contractor CT Leoncio Construction, which cornered billions of government contracts, only had a single backhoe for its projects.

“If found to be true that they [are] dishonest about their capability, they will be blacklisted,” Villar said.

“That’s why I’m telling them that if you’re not capable [to complete a government project], do not join anymore in the bidding [process] because this administration will not think twice,” he added.

“We have no tolerance for those wasting the people’s money and time.”/ac