MANILA, Philippines — Commission on Elections (Comelec) spokesperson James Jimenez admitted on Wednesday that a “clerical error” happened in the canvassing of certificates for the Bangsamoro Organic Law (BOL) plebiscite in Cotabato City.

Late Tuesday night, Jimenez tweeted that the number of registered voters in Cotabato is 113,751, but only 61,676 of the said number cast their votes.

This, according to Jimenez, has a voter turnout of 54.22 percent in the said city.

However, based on a different document, the number of registered voters and actual votes tallied were much lower to what Jimenez announced.

In the certificate of canvass, there were only 71,963 registered voters and 39,024 votes cast in the city of Cotabato. 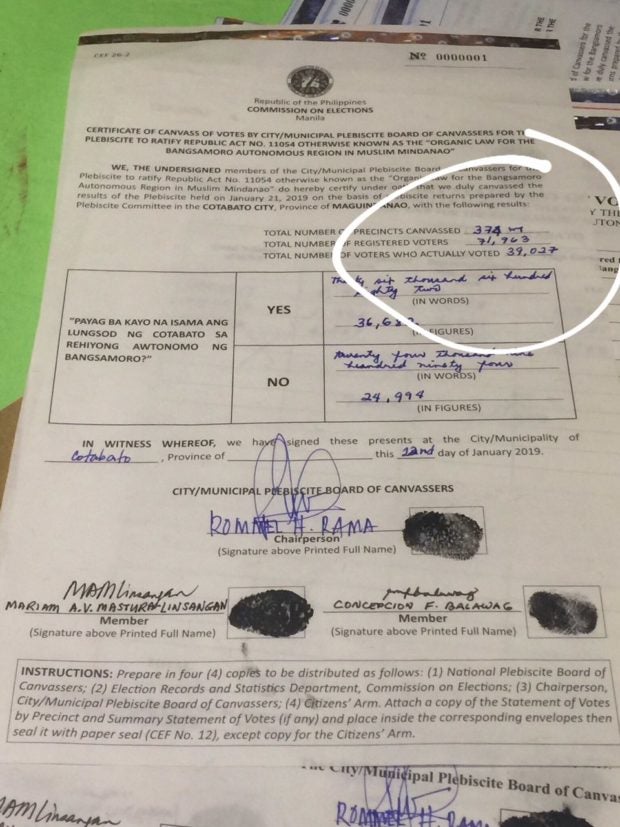 This, Jimenez said, was a “clerical error” and still could be corrected by the National Board of Canvassers (NBOC).

“Upon verification with the [list in the] Project of Precincts, it would appear that a clerical error has been made,” Jimenez told reporters in a message.

“Such an error can be raised and corrected during the National Canvass, without affecting the outcome of the plebiscite, either in Cotabato City alone, or throughout the entire plebiscite area,” he added. 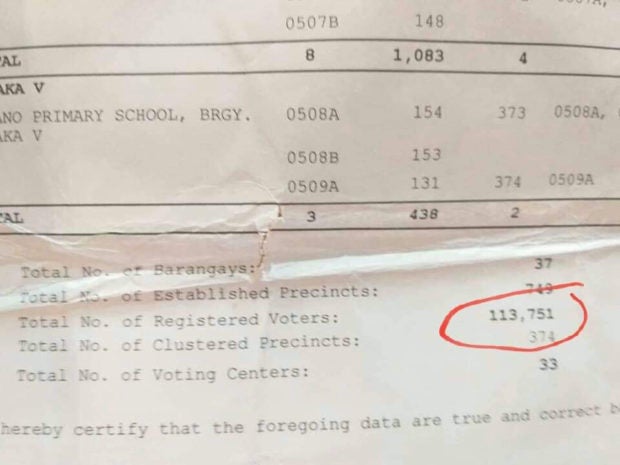 The NBOC is delegated to count the votes from all the provinces that participated during the first part of the BOL plebiscite.

It is also the NBOC who will announce what is the majority votes for the recently concluded plebiscite.

The first plebiscite was held in the some areas of ARMM and in the cities of Isabela and Cotabato last Monday. /jpv