UK police speak to Prince Philip for not wearing seatbelt 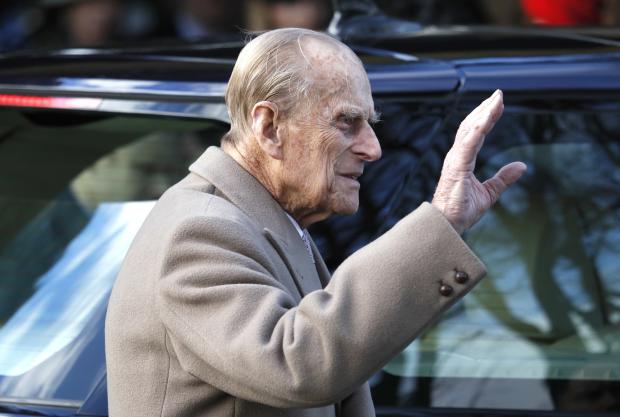 In this Sunday, Dec. 25, 2016 file photo, Britain’s Prince Philip waves to the public as he leaves after attending a Christmas day church service in Sandringham, England. Buckingham Palace says Prince Philip the husband of Queen Elizabeth II had been in a traffic accident and is not injured. The palace said the accident happened Thursday, Jan. 17, 2019 afternoon near the queen’s country residence in Sandringham in eastern England. (Photo by KIRSTY WIGGLESWORTH / AP)

LONDON — British police have spoken with Prince Philip after the husband of Queen Elizabeth II was photographed apparently driving without wearing a seatbelt — just two days after he was involved in a serious car crash.

Norfolk Police said late Saturday “suitable words of advice have been given to the driver.”

The police spoke to Philip after British media on Saturday published a photograph showing Philip, 97, driving a new Land Rover near the royal residence at Sandringham.

Police said the advice given to Philip was “in line with our standard response when being made aware of such images showing this type of offense.”

On Thursday Philip was driving another vehicle when he was involved in a violent collision in which two women in the other car, a Kia, suffered minor injuries. A 9-month-old baby boy in the Kia was unhurt. Philip was not injured.

One of the women who was injured in the crash has complained to the British press that she has not been contacted by Philip or the queen since the accident occurred.

The accident is still being investigated and no one has been arrested or charged. But the incident — and Philip’s subsequent driving apparently without using a seatbelt — is raising questions about his continued use of roadways.

Buckingham Palace says Philip has a valid driver’s license. There is no upper age limit for licensing drivers in Britain, although drivers over 70 are required to renew their licenses every three years and tell authorities about certain medical ailments that might raise safety issues.

He passed a vision test administered Saturday as part of the investigation into the accident.

The palace said Friday that Philip and the queen had privately contacted the other people in the crash and exchanged good wishes, but Emma Fairweather, 46, told the Sunday Mirror this was not the case.

“I still haven’t had any contact from the royal household,” she told the newspaper. “Maybe he should prioritize that over test driving his new car.”

Fairweather suffered a broken wrist in the accident.

She said “it would mean the world to me” if Philip offered an apology.

Police have not disclosed who was at fault for the crash, which happened after Philip drove onto a main road from a side road in a rural part of eastern England near one of the queen’s favored retreats, the Sandringham estate.

The queen and Philip have been on an extended Christmas break in Sandringham, their holiday tradition for many years.

Philip has been in generally good health despite his advanced years and was photographed in December driving a horse-drawn carriage.

He has largely retired from public life but still is occasionally seen at family occasions with the queen. /atm