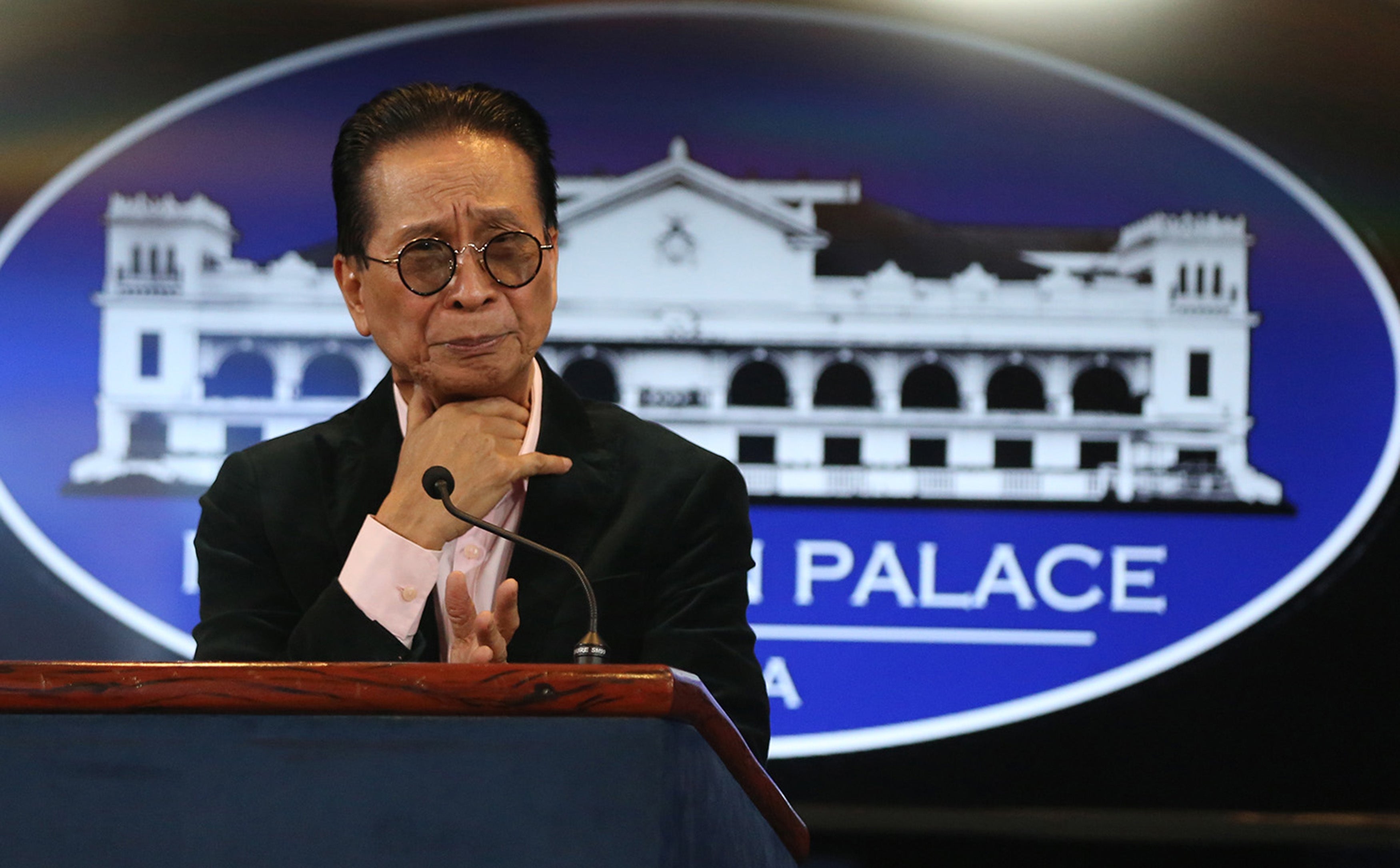 Is the Philippines “a war zone in disguise,” as described by a US-based nongovernment organization (NGO) that analyzes political violence around the world?

“Hogwash!” Malacañang responded on Friday, dismissing as “remarkable in ignorance and bias” the Armed Conflict Location and Event Data Project’s (Acled) 2018 report on the Philippines.

“We do not need lectures from inexpert foreign groups on how to run a nation,” presidential spokesperson Salvador Panelo said in a statement.

The report, which was posted on the Acled website on Jan. 11, said more civilians were killed in the Philippines in the past year than in conflict-torn countries like Iraq, Somalia, or the Democratic Republic of Congo, making it “one of the deadliest places in the world to be a civilian.”

The report is “an infinitely fallacious finding,” Panelo said, adding that “the Philippines is a dangerous country to drug manufacturers, dealers, addicts, criminals, terrorists, scoundrels, corrupt and abusive persons in authority.”

The Palace official cited the December 2018 conviction of three Caloocan City policemen involved in the killing of teenager Kian delos Santos in an antidrug operation as proof that “impunity has no place under the current administration.”

Panelo said the media in the Philippines remains one of the freest in the world and that the case filed by the government against online media outfit Rappler had to do with tax evasion, not with its reportage.

“Political and media detractors continue to hound the President with their reckless and baseless accusations as well as intrigues; yet they are not haled to court,” he added.

He also pointed out that the report did not present proof of factual investigations and just reached conclusions based on allegations from groups that are “hopelessly and blindly critical of the Duterte administration,” such as the Human Rights Watch and Amnesty International, as well as “partisan media outfits” like the Inquirer, Rappler, New York Times and Reuters.

He said the government had repeatedly debunked allegations that the extrajudicial killings in its war on drugs were state-sponsored, adding that the antinarcotics campaign was “governed by strict police protocols that subject police officers to accountability given President (Duterte’s) zero tolerance for errant law enforcers.”

The 47-page Acled report noted that the Philippines saw a 21-percent decrease in the recorded incidents of “organized political violence,” but the country still has one of the highest number of “civilian targeting events” in 2018.

Not far from Syria

The Philippines ranks fifth in the list of countries with the most number of civilian fatalities reported last year, Acled said, adding that it is also where civilians were most at risk of government repression in 2018.

“President Duterte’s war on drugs, while past its initial, deadly climax, continues unchecked as the world stands by,” noted the NGO which records and analyzes data on political violence and protests around the world.