Duterte: Part of me is Islam 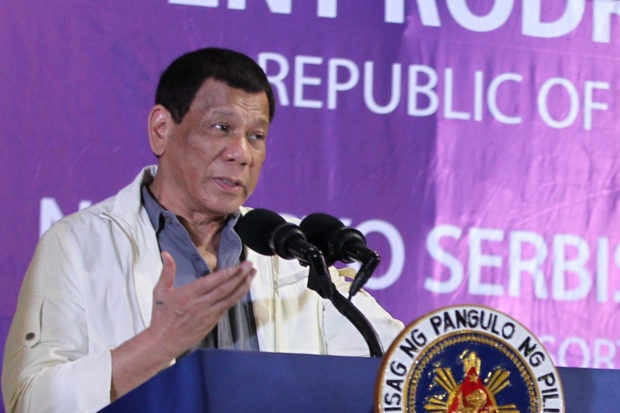 MANILA, Philippines—”There is a part of me which is Islam actually.”

President Rodrigo Duterte said this on Friday after giving praise to Allah for allowing the Bangsamoro Organic Law (BOL) reach its plebiscite.

“God must be good to us. The fact that we have reached this point after so many years of negotiation and interruptions. We are here. Insha’Allah. God is great. Allahu Akbar,” Duterte said.

Speaking in a peace assembly for BOL ratification in Cotabato City, Duterte again blasted members of the Catholic Church.

Duterte frequently drew criticisms for his statements mocking the members of the Catholic Church and their teachings. Catholic is country’s dominant religion.

Malacañang, however, has repeatedly defended Duterte’s rhetoric against members of the church, noting that he was just defending himself against bishops and priests who use the pulpit against his administration. /jpv