‘Sorry you rode into me’: Driver issues ‘non-apology apology’ to boy he hit in car-bike accident 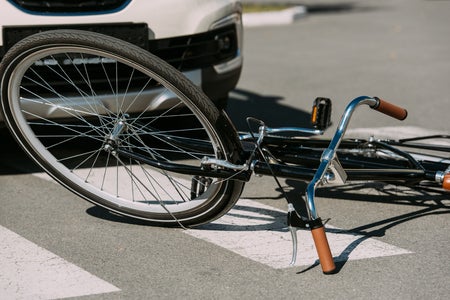 A driver from New York, United States has drawn flak after an apology letter he wrote to a 10-year-old boy involved in a car-bike accident saw him seemingly put blame on the child for riding into the side of his car.

Doug Lamb, 66 years old, was driving a white Range Rover along Kilburn Road after a round of afternoon golf when he and 10-year-old Julian Moore, on his bicycle, collided. The impact brought Moore down to the ground. The child sustained minor scrapes, bruises and a mild concussion, as per The Democrat & Chronicle on Jan. 16.

Julian demonstrated the accident to paramedics and explained that he swerved to avoid a parked truck and some manholes. Lamb, then, momentarily stopped the car, but drove off before the authorities arrived. It would take two more weeks before the police was able to locate Lamb and charge him with a misdemeanor for leaving the scene of an accident.

The incident, which happened last September 2018, was put to the spotlight after Julian’s mother, Jennifer, recently took to social media where she shared the apology letter Lamb sent Julian, as well as updates on the case.

Jennifer said that Lamb’s attorney claimed Lamb was in contact with her and that she was willing to drop the case — an assertion that she denied.

“According to the Assistant DA (district attorney), at his first court appearance, the man’s attorney claimed that they had been in contact with me and that I was willing to drop the matter. (Not true),” Jennifer wrote on Facebook last Jan. 11.

She further shared that her son thought an apology letter and community service from Lamb would be apt as reasonable punishment for the incident.

“Unfortunately, Judge John Bernacki of the Pittsford Town Court felt that community service would be too hard for the ‘older gentleman’ (who can play a round of golf…).”

In her post, she attached Lamb’s letter to her son which he sent on December 2018.

“Dear Julian, I’m very sorry that you rode into the side of the car I was driving on Friday, September 7th,” wrote Lamb. “More importantly, I am glad you didn’t need to be treated by the attending ambulance on the day of the incident.”

Julian, as per the report, said he was upset by the letter. “I was angry, really angry, actually,” he was quoted as saying. “I was really upset with it. He accused me of riding into the side of his car, which didn’t really happen. He came up from behind me.”

Jennifer said that Lamb came out of nowhere and did not honk nor wait for Julian, as reported by BuzzFeed News on Jan. 16. “When you see a 10-year-old kid on a bike, you usually wait.”

Judge Bernacki has since scheduled a hearing on Jan. 17, Thursday, to discuss the incident further. Cody Cepeda/JB