US shutdown after four weeks – food banks and job fairs 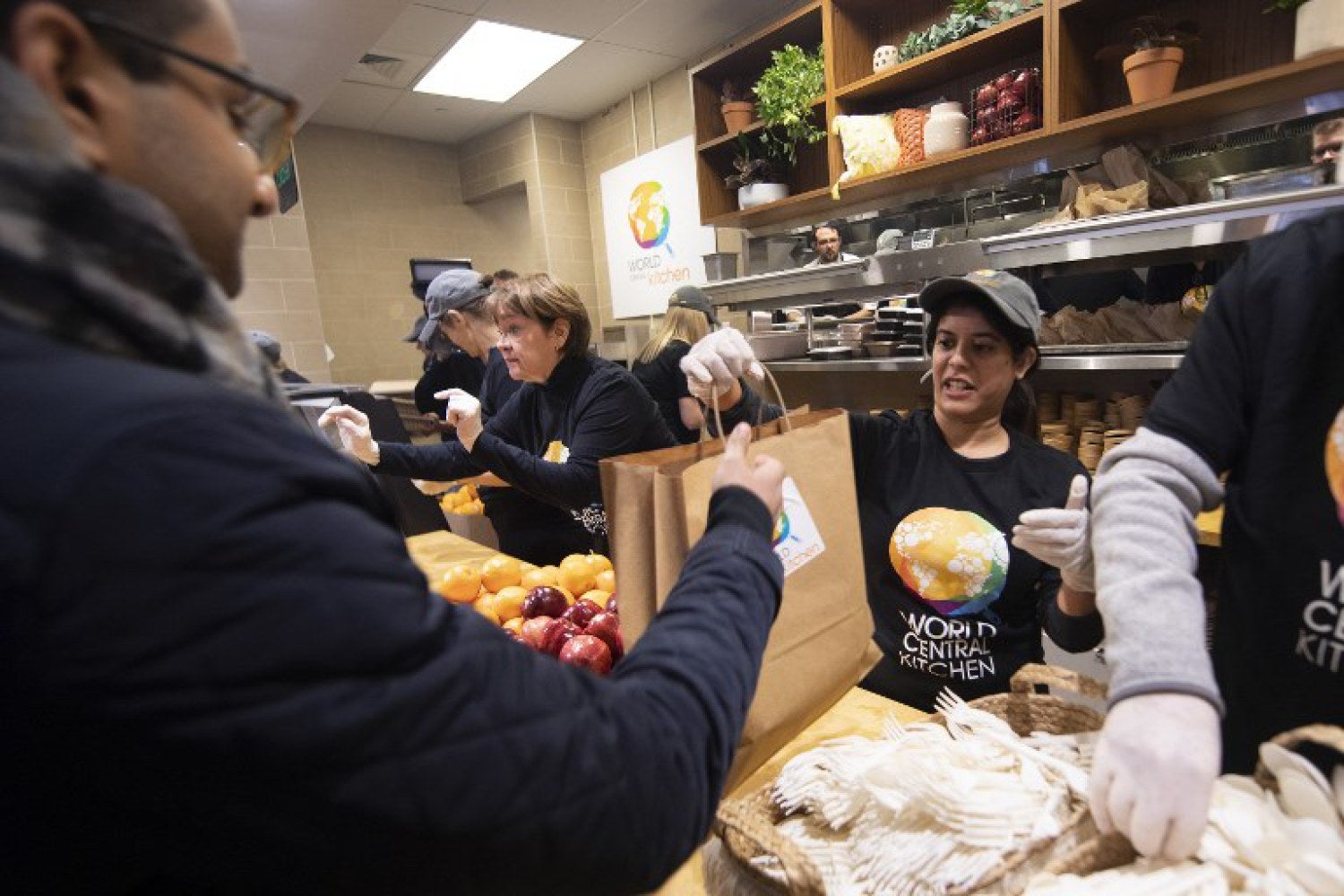 Federal workers stand in line for free hot meal at Andres in Washington, DC, on January 16, 2019, as the restaurant reached out to locals providing ready-to-eat meals for federal families affected by the US government shutdown. Chef Jose Andres currently runs a test kitchen and private event space called ThinkFoodLab at the location. AFP

WASHINGTON, United States – Four weeks into the US government shutdown, cash-strapped federal workers are tapping life savings, selling possessions and turning to soup kitchens to make ends meet — ramping up pressure Wednesday for leaders in Washington to strike a deal.

Communities from Washington to Kodiak, Alaska are feeling increasing pain, with the cutoff of paychecks to families snowballing to hit stores and businesses dependent on their spending.

Volunteer groups are collecting food to hand out, towns are organizing job fairs, and banks and telecommunications firms have loosened rules on payments, all to cushion the hardship.

In Pennsylvania, West Virginia and other states, furloughed federal workers were getting advice on applying for unemployment benefits.

And in Middletown, New York, Pets Alive, an animal shelter, announced free dog and cat food for the pets of families hit by the shutdown.

“We will provide 1 bag of food per family, Need proof of fed employment,” they announced.

By afternoon Wednesday, there was no sign of a breakthrough in the faceoff between President Donald Trump and Democrats in Congress, which led to the partial shutdown of the government on December 22.

More than 800,000 federal workers didn’t get paid last week, pain shared by several million more contractors who also have been idled by the shutdown — many of them low-paid service workers who live paycheck to paycheck.

Trump insists he won’t agree to open the government until Congress signs off on his demand for $5.7 billion to build a border wall, which he argues is needed to prevent illegal immigration.

“It is becoming more and more obvious that the Radical Democrats are a Party of open borders and crime. They want nothing to do with the major humanitarian Crisis on our Southern Border,” Trump tweeted Wednesday.

“He is just sticking to his position and won’t budge,” said Senate Democratic leader Chuck Schumer.

House Speaker Nancy Pelosi, the top Democrat in Congress, meanwhile pressed Trump to postpone his January 29 State of the Union address until after the government opens, citing security concerns arising from the shutdown.

Homeland Security Secretary Kirstjen Nielsen — who oversees a department where many staff, including airport screeners and the Coast Guard, are working without pay  — retorted that security personnel “are fully prepared to support and secure” the annual address.

Furloughed government workers gathered at the congressional office of Senate Majority Leader Mitch McConnell Wednesday to pressure him to help get the government back to work.

Even the Trump administration admits that the shutdown is damaging to the economy and people’s lives. The White House Council of Economic Advisors says quarterly economic growth will lose 0.13 percentage points for every week the government remains partially closed.

The worst-hit area is Washington DC, but federal workers are spread across the country.

In Kodiak, Alaska, for example, hundreds of Coast Guard workers haven’t been paid for weeks, but still have to work. Local shops are hurting because they have less to spend.

“Many of the employees of the Coast Guard are below the poverty line … I know that they’re frustrated. They’re sad. They’re angry. They’re still on duty,” said retired Rear Admiral Cari Thomas, chief executive of Coast Guard Mutual Assistance, a non-profit set up to help Coast Guard families.

Briana Wansley, an engineer for Federal Aviation Administration, was looking for temporary work at a jobs center in Virginia outside Washington, where substitute teacher positions were on offer.

“The shutdown came a month after I just started,” she said.

Chef Andres drew crowds and headlines when he launched his “ChefsforFeds” free lunch on Wednesday.

“It calls some attention about the people left in the cold by a lot of selfish administrators and congressmen. They should wake up and see how their actions are affecting people,” said Lewis Chlitt, who works at the National Gallery, where the doors are locked to visitors due to the shutdown.

Less publicly, more humble local food banks around the country were calling for donations and opening their doors to laid-off workers.

Washington’s Bread for the City said visitors seeking food handouts surged to more than 500 Tuesday after it offered a five-day supply of groceries to people left out of work by the shutdown.

“Yesterday maybe one in three people said that they were here as furloughed workers,” said George Jones, head of the food bank.

“These are people who wouldn’t ordinarily come to us.” /cbb