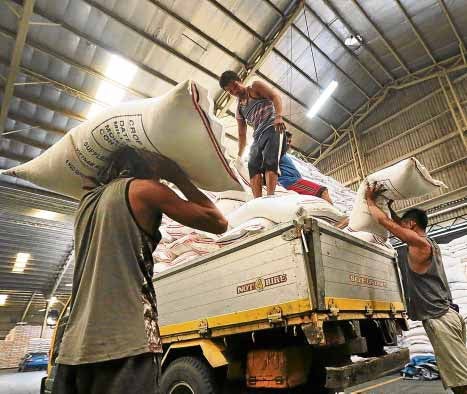 A measure opening the doors to the unrestricted importation of rice is now awaiting President Rodrigo Duterte’s signature.

The measure, called the rice tariffication bill, was separately ratified by the two chambers in November.

The President has 30 days to approve or veto the measure, or it will lapse into law.

Removing restrictions in importing rice was one of several measures being presented by economic managers to address soaring inflation.

To protect the agricultural sector, the bill would create the Rice Competitive Enhancement Fund, which shall be financed by duty collected from rice imports.

The funds would help farmers improve productivity and be able to compete with foreign farmers.

The measure sought an initial appropriation of P10 billion every year for six years until all duty collected from the importation of rice could replace it, according to Sen. Cynthia Villar, sponsor and principal author of the bill.

Tariff revenues in excess of P10 billion shall be appropriated by Congress based on a menu of programs in the proposed law.

The fund will be used to provide different forms of assistance to the country’s rice farmers, such as the development of inbred rice seeds, development of rice farm equipment and skills enhancement.

Villar said the staple grain was the only agricultural commodity in the country with a quantitative restriction, limiting the flow of imported rice.

The measure awaiting the President’s signature, Villar said, will, in effect remove all unnecessary intervention of the government in the rice market.