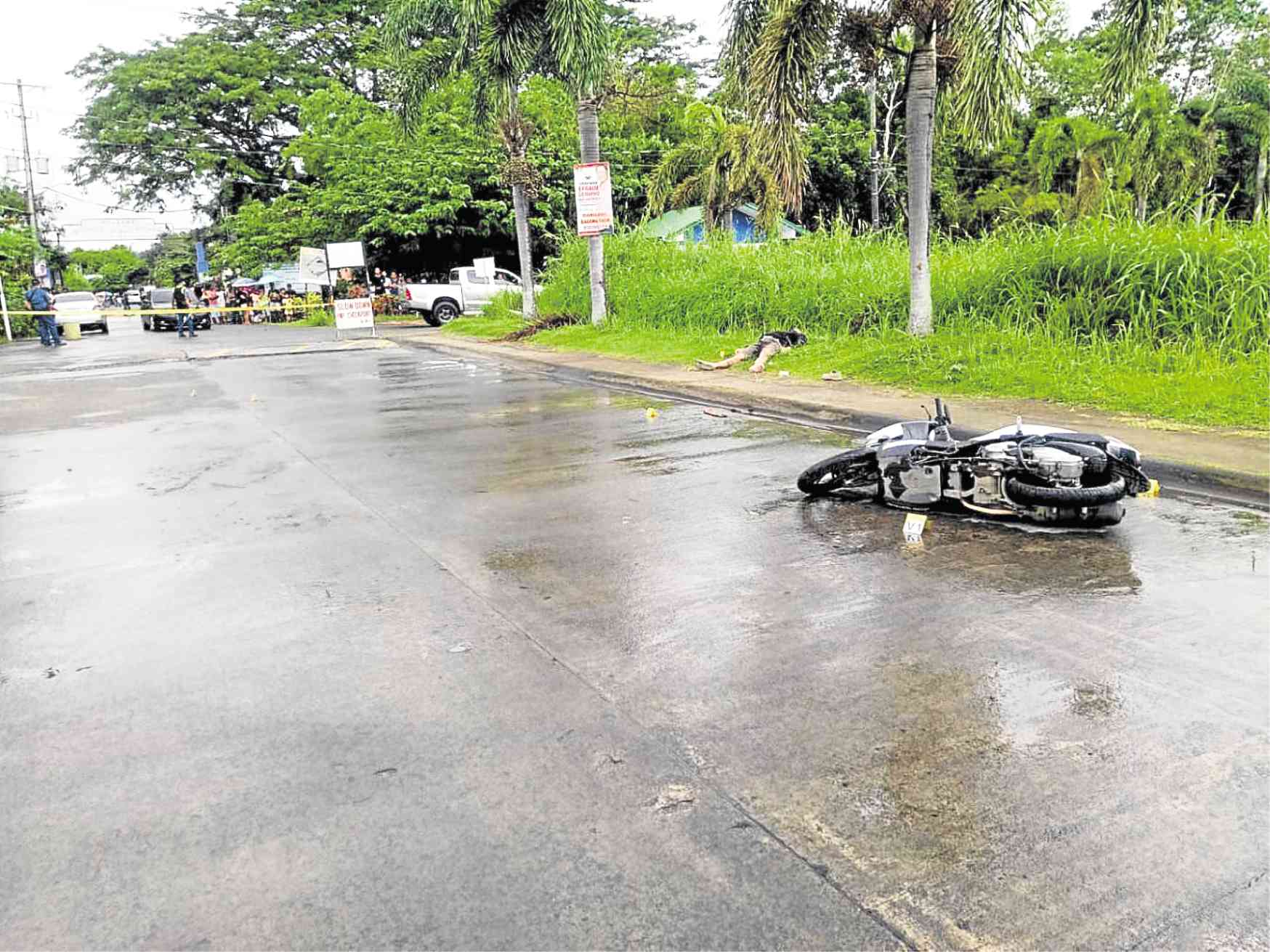 On Jan. 9, De Chavez started his day by dropping off his eldest, a Grade 12 student, and driving his motorcycle to buy milk for his youngest, a 3-year-old. But he never made it back home.

“I was texting him, ’De (daddy) where are you? The baby’s already up, where’s the milk?’ but got no reply. I was even calling his phone but he didn’t answer,” said De Chavez’s wife, Analyn, 37.

Instead, neighbors came rushing to the family’s house, a small concrete structure tucked in remote Barangay Paciano here, its walls adorned with framed ribbons and awards their daughters collected from school.

De Chavez was shot dead in what police described as an “armed encounter.”

Analyn said she even heard the gunshots but thought these came from fireworks set off from the nearby University of the Philippines Los Baños campus.

“People here knew my husband. He was very kind, didn’t have any enemy. Isusubo na lang n’ya, ibibigay pa (He would share whatever little he had),” she said.

De Chavez, 41, a native of Sariaya town in Quezon province, was killed in a buy-bust operation led by the police.

Witnesses, among them residents on their way to school or work as it happened around 8 a.m., said armed men, some with their faces covered, chased down De Chavez from a convenience store at Barangay Masaya to a more secluded area where the supposed shootout took place.

Police cars and some unmarked vehicles then arrived and blocked the road on both ends to secure the scene.

Analyn said it took the police’s forensics team two hours to come, her husband’s bullet-riddled body left out in the open.

“My daughter (who returned from school) and I were pleading that we take him to the hospital. He could still be alive then,” she said.

Police said they recovered a .45-caliber gun, P800 cash and a sachet of “shabu” (crystal meth) stashed in a tiny purse.

But police maintained it was a legitimate operation.

De Chavez was also allegedly behind at least 27 paid hits, either against politicians or drug pushers.

Analyn, a housewife, kept mum about the family’s source of income but denied that her husband was into illegal drugs.

“They had taken my husband away, but what my children saw and the lies they heard about their father, that’s what made it a torture,” she said.