MANILA, Philippines — The House of Representatives on Wednesday approved on second reading the amended bill abolishing the corruption-ridden Road Board despite a question in the quorum.

Senior Deputy Minority Leader and Buhay Rep. Lito Atienza raised the issue that there were only about 85 House members present on the floor so there could be no quorum.

Despite this, the Camarines Sur congressman proceeded with the approval of HB 7436 on second reading. The session was adjourned right after.

Andaya and Zubiri earlier said they agreed that the Road Board be abolished and all collections from the road user’s tax – which would be remitted to the National Treasury – would be used for construction, repair, and rehabilitation of roads, bridges, and road drainage under the annual General Appropriations Act.

Andaya also said they expect to hold a bicameral conference committee meeting with the Senate on Monday. This means that they have to pass the bill on third and final reading by Monday.

House rules require three session days before any measure could be approved on final reading unless certified as urgent by President Rodrigo Duterte. 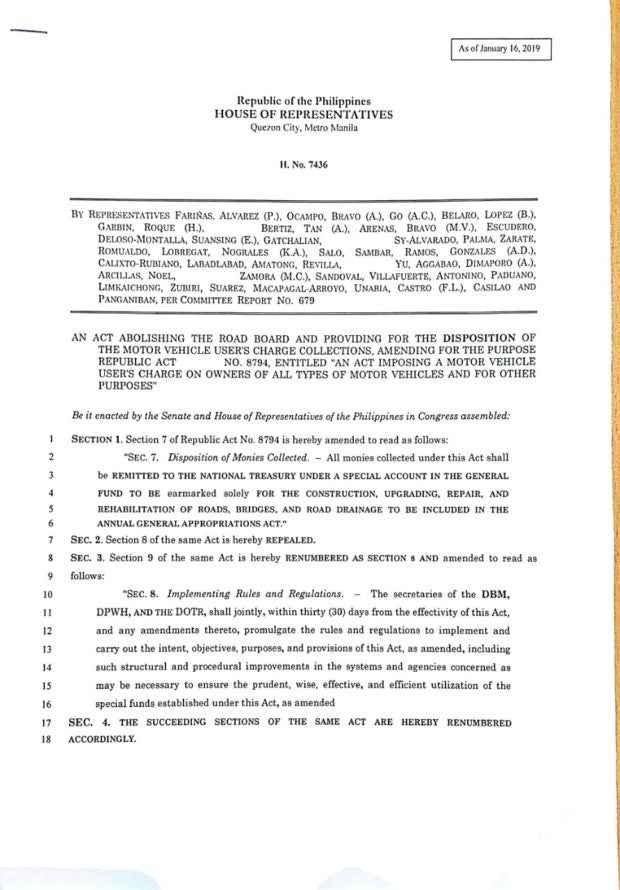 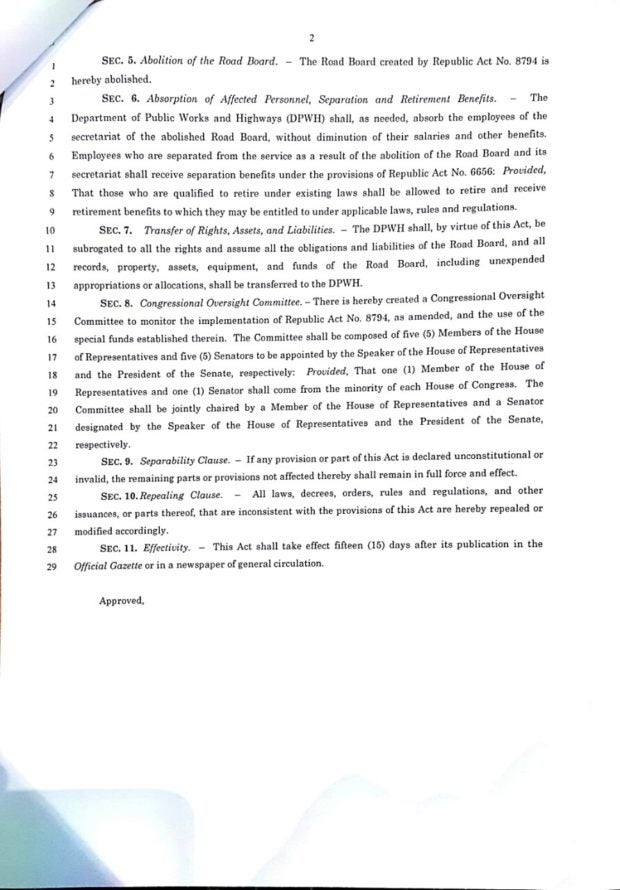 The Senate passed Senate Bill No. 1620 which seeks Road Board’s abolition in February. The lower chamber for its part approved House Bill No. 7436 in May.

On Sept. 12, the Senate adopted HB 7436 and replaced SB 1620 with the lower House’s bill, supposedly dispensing the need for a bicameral conference between the two Houses to reconcile different versions of the proposal.

Later on the same day, however, the lower House passed a motion that voided its version of the proposed measure, placing the Road Board abolition in limbo.

Under the law, the Motor Vehicle User’s Charge (MVUC ) funds should be earmarked solely and used exclusively for road maintenance and improvement of road drainage, installation of adequate and efficient traffic lights and road safety devices, as well as for air pollution control.

From 2001 to May 2018, the total collection for MVUC reached P166.18 billion, with full releases amounting to P136.87 billion, according to Senator Franklin Drilon.

In 2017, the President called on Congress to abolish the Road Board and transfer its functions to the appropriate department. /ee