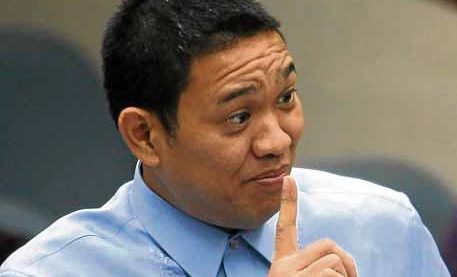 Zubiri said they agreed on the following proposals: the Road Board would be abolished and all collections from the road user’s tax–which would be remitted to the National Treasury–would be used for construction, repair, and rehabilitation of roads, bridges, and road drainage under the annual General Appropriations Act.

The senator also expressed confidence that his colleagues would agree to recall the adoption of the House version of Road Board abolition and proceed with a bicameral conference committee meeting.

In a statement, Andaya said the present House leadership insisted on treating the multi-billion Motor Vehicle User’s Charge (MVUC) fund as part of General Fund, and “not as an off-budget, hidden account, controlled by a few, a status retained by the previous bill.”

They also stood their ground in earmarking the road user’s tax collections for transport-related activities, the lawmaker added.

“The House-Senate consensus spared the President of signing a defective bill, which some powerful interests wanted him to. The attempt to hoodwink the President has been foiled,” Andaya said.

The House would “work double time” to amend their bill into a “tax measure,” to be transmitted to Senate by Monday, Andaya said in a separate press conference. Their version, he said, would allow the MVUC fund to be tapped for specific disaster risk reduction programs upon the President’s approval.

“We expect to hold a bicam on Monday, as requested by the Senate,” he added.

The Senate passed Senate Bill No. 1620 which seeks Road Board’s abolition in February. The lower chamber for its part approved House Bill No. 7436 in May.

On Sept. 12, the Senate adopted HB 7436 and replaced SB 1620 with the lower House’s bill, supposedly dispensing the need for a bicameral conference between the two Houses to reconcile disparate versions of the proposal.

Later the same day, however, the lower House passed a motion that voided its version of the proposed measure, placing the Road Board abolition in limbo.

Under the law, the funds should be earmarked solely and used exclusively for road maintenance and improvement of road drainage, installation of adequate and efficient traffic lights and road safety devices, as well as for air pollution control.

From 2001 to May 2018, the total collection for MVUC reached P166.18 billion with total releases amounting to P136.87 billion, according to Senator Franklin Drilon.

In 2017, the President called on Congress to abolish the Road Board and transfer its functions to the appropriate department. /jpv, je

Read Next
Lacson: ‘Transfer’ part of deleted P75B to North Luzon projects
EDITORS' PICK
Cebu City closes its borders
BREAKING: 1,075 people in PH has coronavirus disease – DOH
Style and music journeys with Claudia Barretto
DILG to stranded workers: ‘Stay where you are’ until Luzon-wide quarantine is over
UP-PGH wards for COVID-19 patients finished in 5 days
IATF: Food firms to operate with 50% of workforce during Luzon quarantine
MOST READ
Pacquiao to seek probe on leaked private letter from Barangay Dasmariñas
Tootsy Angara bares neighbor wanted them out of village
McCoy bares devastating effect of failed romance with Elisse
What awaits medical volunteers in DOH drive vs coronavirus
Don't miss out on the latest news and information.