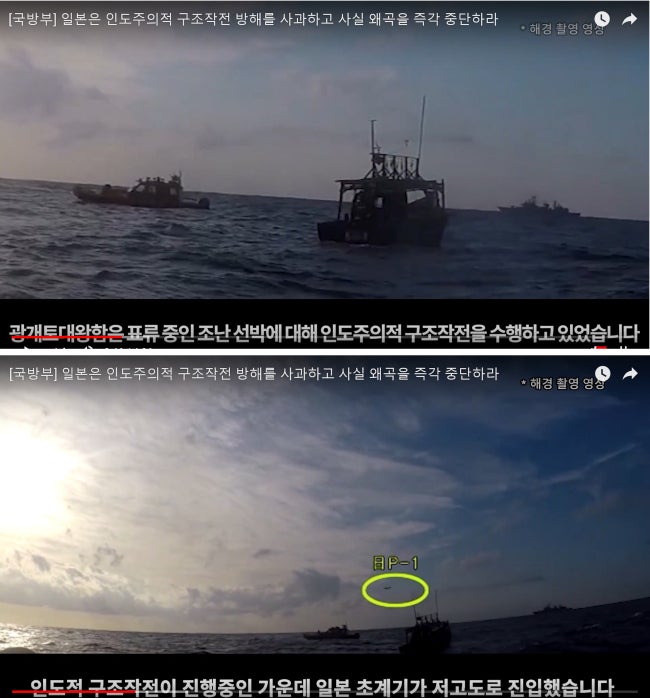 SEOUL — The ongoing radar spat between South Korea and Japan is deepening, with the two sides clashing over the matter of sharing the frequency of the radar that Tokyo claims to have detected. Japan insists that during a recent search operation Seoul’s navy destroyer locked its weapons-targeting radar onto a Japanese warplane, but South Korea denies the allegations.

Seoul’s Ministry of National Defense on Wednesday said it had asked Tokyo to reveal the frequency of the radar that it claims to have detected so that the two sides can examine the data together in Singapore on Monday at the latest meeting between generals from both sides. Japan refused and asked for the complete frequency information for the navy destroyer’s fire-control radar, the ministry said.

The incident occurred Dec. 20, when the South Korean Navy’s Gwanggaeto the Great destroyer was conducting a rescue operation to assist a North Korean fishing boat that was drifting on international waters in the East Sea. Tokyo says the South Korean destroyer’s fire-control radar (STIR-180) locked onto a Japanese maritime patrol plane that was flying overhead for surveillance purposes.

“We asked Japan to reveal the frequency of the radar that it claims to have detected. But in return Japan is asking for the complete frequency information for the fire-control radar,” an official from Seoul’s Defense Ministry said on condition of anonymity.

“No country would be able to reveal the complete frequency information for the fire-control radar as it is classified as confidential military information. Japan’s demand (for the information) is disrespectful.”

But Tokyo says it sought to present Seoul with the data it had requested, and that Seoul is refusing to accept it.

According to a report that appeared Tuesday in Japan’s Asahi Shimbun, Japanese Defense Minister Takeshi Iwaya said Japan suggested presenting “voice and radio-wave data” collected by the patrol aircraft showing that the destroyer had locked its fire-control radar on the Japanese warplane. The minister was quoted in the report as saying Seoul had declined to accept the data.

Denouncing Japan’s request for the confidential information as unfair, South Korea’s Defense Ministry said it was sure its navy destroyer had not sent out any signals.

“We have clear-cut scientific evidence to corroborate our position that our STIR did not send out any signals,” the Defense Ministry official here said.

Seoul maintains that the warship was on a mission to rescue a North Korean vessel drifting in the overlapping exclusive economic zones of South Korea and Japan, and that it had used only the search radar, not the tracking radar.

The South Korean Defense Ministry also demanded an apology from Japan, saying the patrol aircraft had flown too close to Korea’s destroyer and accusing Japan of breaching international customs.