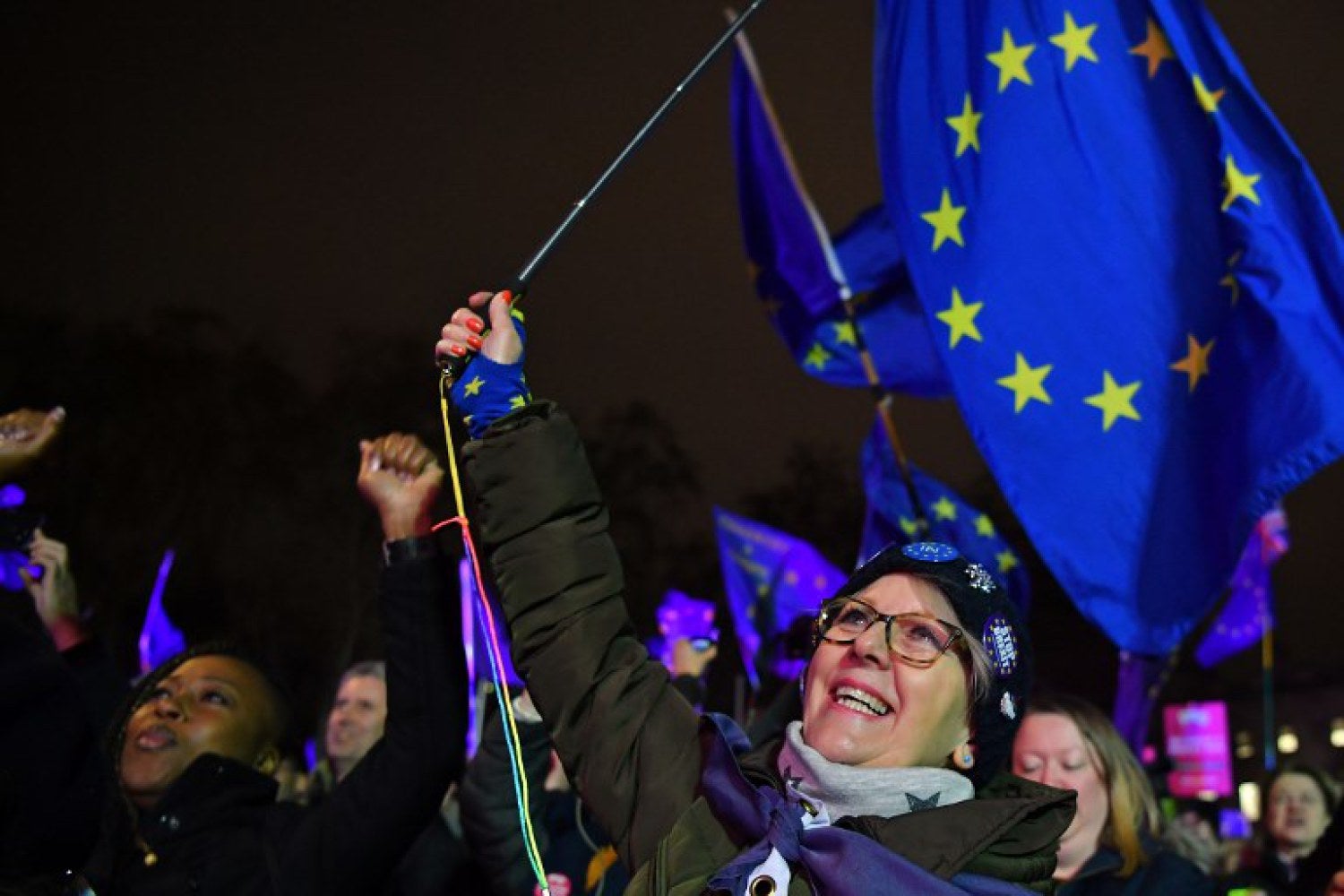 EU supporters celebrate outside the Houses of Parliament in London on January 15, 2019, after MPs vote against the government’s Brexit deal. British lawmakers voted overwhelmingly Tuesday to reject the EU divorce deal struck between London and Brussels, in a historic vote that leave Brexit hanging in the balance. AFP

“This is a bitter day for Europe. We are well prepared — but a hard Brexit would be the least attractive choice, for the EU and GB (Great Britain),” said Scholz, who is also finance minister.

“A hard Brexit will be the worst of all options,” she said, urging the British people to “not rush” into anything.

Germany’s Minister of State for European Affairs Michael Roth called the outcome a “disaster” but said: “The doors of Europe remain open.”

Parliament voted 432 to 202 against May’s plan for taking Britain out of the European Union, the biggest defeat ever suffered by a British premier in modern history. /cbb