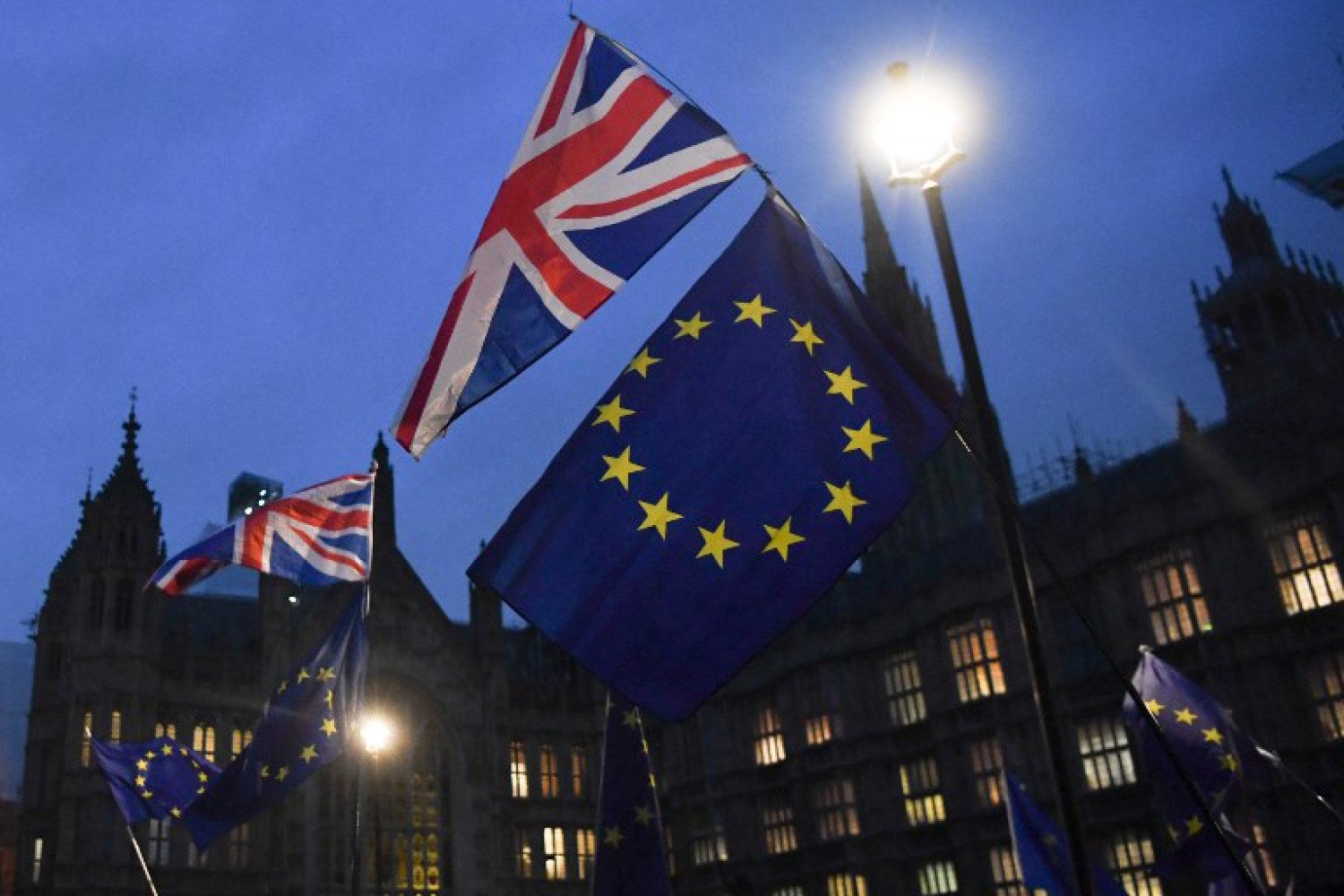 Anti-Brexit demonstrators fly the Union Flags and EU flags outside the UK’s Houses of Parliament in central London. British lawmakers voted overwhelmingly Tuesday,  January 15, 2019, to reject the EU divorce deal struck between London and Brussels, in a historic vote that leaves Brexit hanging in the balance. AFP

LONDON, United Kingdom – British lawmakers voted overwhelmingly Tuesday to reject the EU divorce deal struck between London and Brussels, in a historic vote that leaves Brexit hanging in the balance.

MPs in parliament’s lower House of Commons voted by 432 to 202 to reject Prime Minister Theresa May’s agreement with the EU.

“The house has spoken and the government will listen,” May said, immediately after the vote.

“It is clear that the house does not support this deal but tonight’s vote tells us nothing about what it does support.

“Nothing about how, or even if, it intends to honor the decision” taken by the British people to leave the European Union, she said.

“Listen to the British people, who want this issue settled,” said May. /cbb