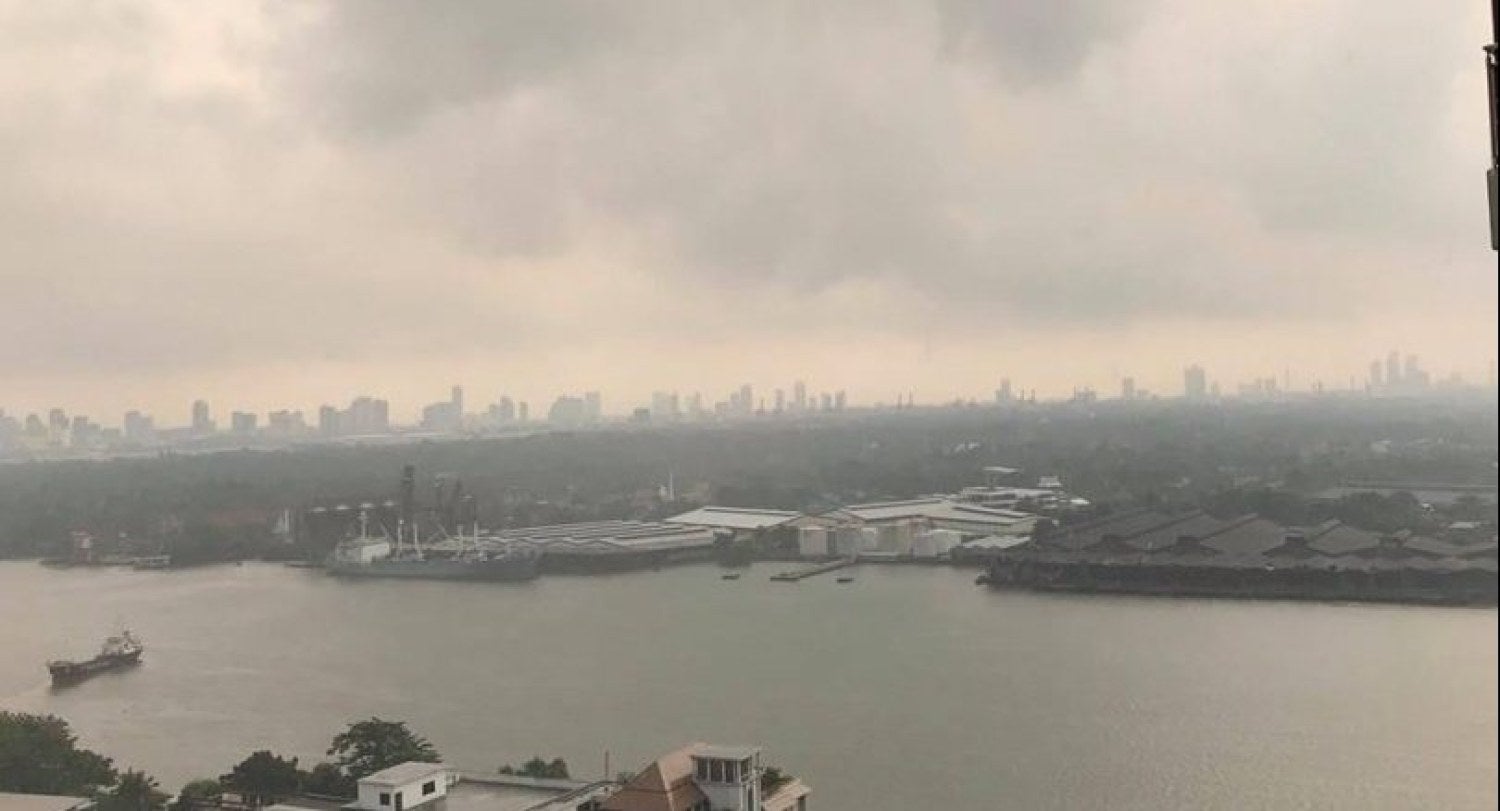 BANGKOK — Rainfall in various areas of greater Bangkok on Tuesday morning brought people hope for a lessening of the unsafe level of fine particulates that have dusted the air in recent days.

The timing of rain matched the authorities’ previous comment that they would seed the air above Bangkok to create rain if the weather conditions were appropriate. However, the morning rains around Samut Prakan’s Royal Thai Naval Academy and Bangkok’s Charoenkrung, Rama III, Silom and Pracha Uthit roads were natural.

The downpours caused an improvement in PM2.5 readings at various sites, including Rama III and Charoenkrung roads. PM2.5 are inhalable particles with diameters generally sized at 2.5 micrometers or smaller.

Although the levels were reduced, they were still beyond the safe limit of 50 micrograms per cubic meter of air.

Efforts by the Bangkok Metropolitan Administration (BMA) and the Army on Monday night and Tuesday morning to spray water to curb the fine particle dust didn’t seem to help much.

One water-spraying site, Paholyothin Road in Bangkok’s Chatuchak district, reported 90 micrograms of PM2.5, down marginally from 96 on Sunday and 71 on Monday.

The Pollution Control Department said that despite greater Bangkok’s increase in condensation, the still winds and fog-prone weather will leave the PM2.5 at a level that “starts to yield health impacts” for Tuesday and Wednesday.

Twenty-two roadside areas and 15 other areas (away from main roads) reported levels of PM2.5 beyond the safe levels, the department said. It also noted the Thai Meteorological Department’s forecast of a 10 percent chance of rain in Bangkok and nearby provinces on Wednesday.