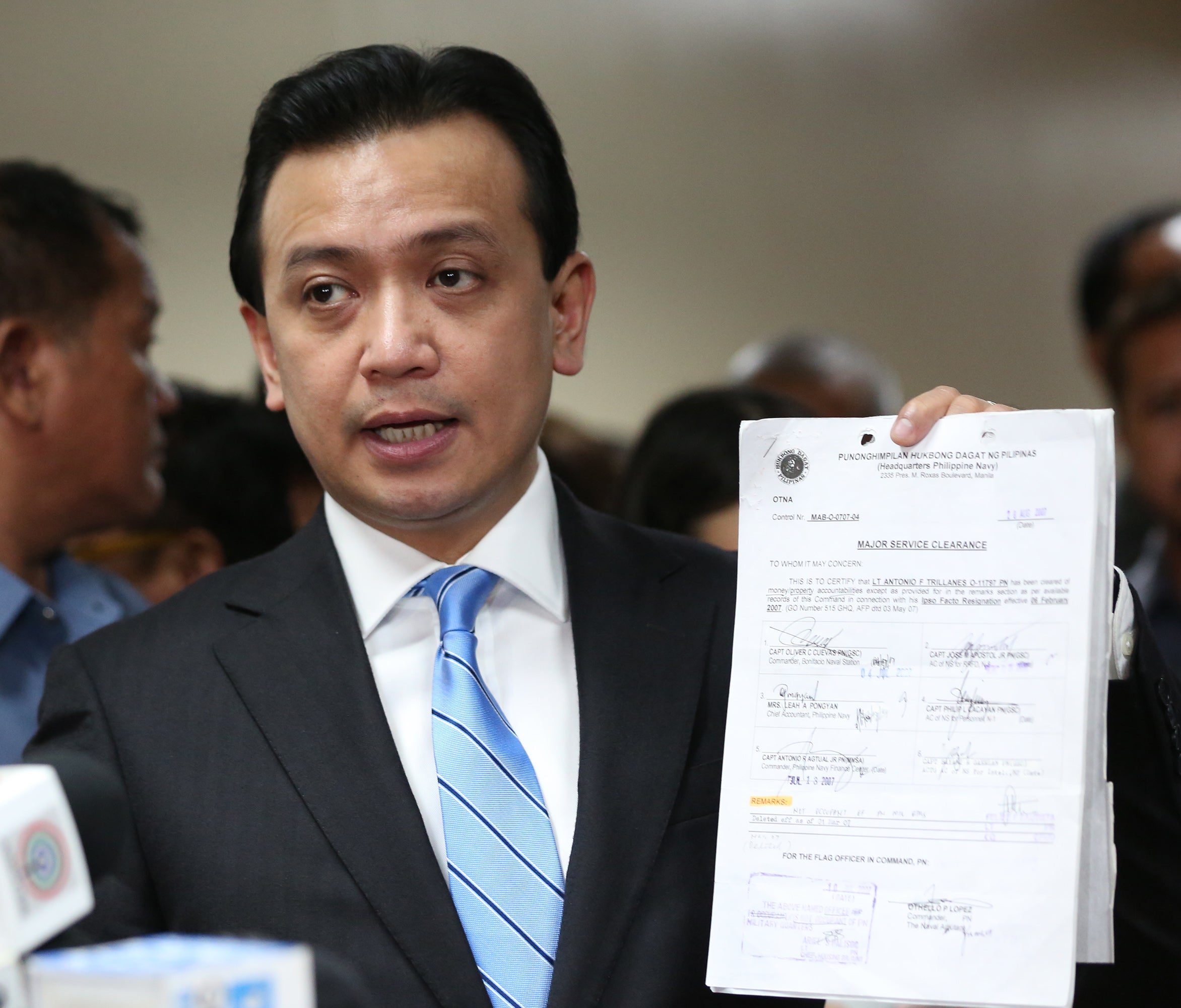 MANILA, Philippines — Citing prosecutors’ admission that they had no evidence that Senator Antonio Trillanes IV was planning to escape, the Davao City Regional Trial Court (RTC) denied a bid by the Department of Justice (DOJ) to stop the lawmaker from traveling abroad.

The Davao RTC Branch 54 said junked the plea for a hold departure order for Trillanes in a five-page order.

Last year, the DOJ filed a motion for the issuance of a hold departure order against the senator who was scheduled to travel to the US and Europe.

DOJ prosecutors expressed the belief that the trips abroad would be an opportunity for Trillanes to escape the jurisdiction of the courts considering that aside from the libel case in Davao, he was facing criminal cases in various courts in Makati and Pasay.

However, during the hearing, the court noted that the prosecution itself admitted that it “does not have evidence to show that accused [Trillanes] will not return to the country after his scheduled trips abroad.”

In denying the DOJ motion, the court took note that the senator voluntary surrendered when a warrant of arrest was issued against him.

“To the Court’s mind, the immediate voluntary surrender of the accused upon his knowledge from media accounts of the Warrants of Arrest issued against him indicates that the risk of his flight or escape from this jurisdiction is highly unlikely,” the court said in its order made public Tuesday.

“His voluntary surrender and placing himself under the jurisdiction of the court is a demonstration of his utter respect for the legal processes of this country,” the court added.

Trillanes’ trips, the court said, have been allowed by the Senate President citing two travel orders.

The travel orders issued by Senate President Vicente Sotto III, according to the court showed that the trips abroad have been long scheduled even before the cases against him were filed.