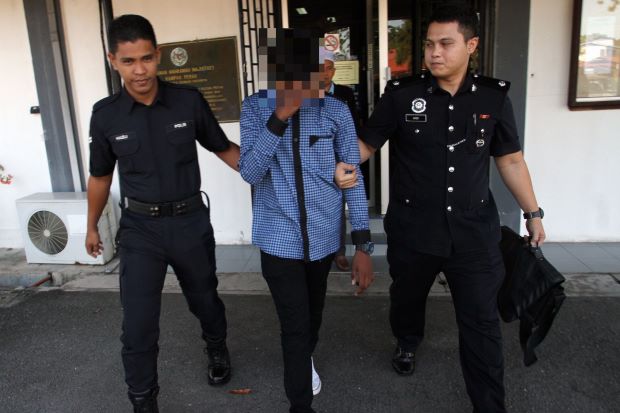 KAMPAR, Malaysia — A 14-year-old boy pleaded guilty to committing incest with his 16-year-old sister at a magistrate’s court here.

However, no sentence was meted out, as the court was waiting for a report from the Welfare Department.

The incestuous act led to the birth of a premature baby girl on Dec 15.

The media were not allowed to enter the courtroom to observe the proceedings.

Magistrate Nur Faizah Muhamad Saleh adjourned the matter to Feb 20 for the report to be obtained.

The offense was committed between December 2017 and May 2018 at a house in Taman Diawan, here.

He was charged under Section 376B(1) of the Penal Code, which carries a maximum of 30 years’ jail and whipping on conviction.

The boy, who was dressed in a blue checkered shirt and black slacks, covered his face as photographers took his pictures.

Several family members were seen waiting outside the courtroom and a woman, believed to be a relative, scolded the media for taking his photos.

It was reported on Dec 16 last year that the girl, a school dropout, was unaware that she was pregnant until she gave birth to the baby on Dec 15.

She had given birth in a toilet inside the family house and the baby suffered head injuries after dropping into the toilet bowl.