Nepal’s only library for visually impaired has no visitors 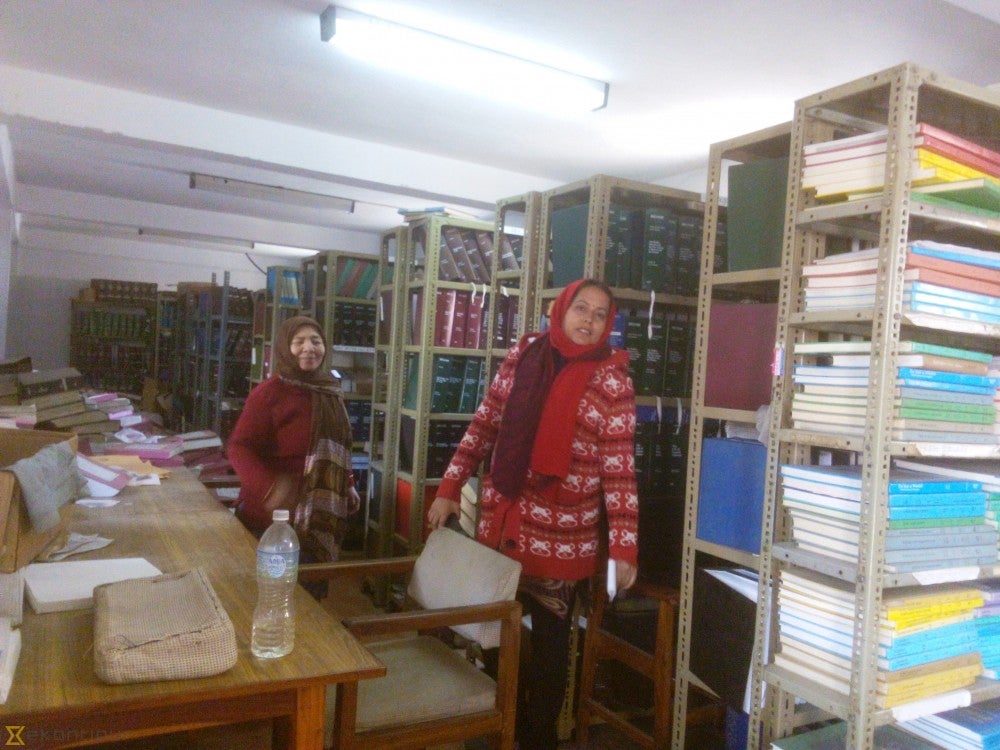 KATHMANDU — The floor of the National Braille Library for the Blind is filled with books. Big, thick volumes of books in Braille are littered all over while steel racks are carelessly stacked with more.

“These all are donated books. Different international organizations donate books to us almost every alternate month,” said Ambika Shrestha, the librarian.

The National Braille Library hosts over 25,000 English language books from a host of genres—from natural sciences to popular fiction books, such as the Harry Potter series to classics such as Shakespeare’s Othello to Henrik Ibsen’s A Doll’s House. But what it fails to see is visitors.

“When we first started the library, a lot of people came,” says Shrestha. “Even until a year ago, we used to have at least half a dozen visitors every day. The library used to open on Saturdays and even during public holidays. But nobody comes anymore. They say they can’t read the books kept here,” said Shrestha.

Sunita Thapa, a visually impaired lawyer, says as this is the only library for the visually impaired, its presence is needed. However, as the library hosts only English books, many readers are unable to understand the texts available.

“I have a desire to read English books from different genres, but I can’t comprehend the text because there aren’t any dictionaries,” said Thapa. “There are no internet facilities available at the library as well. If there was free Wi-Fi in the library, then we could look up tough words on our mobile phone and using blind-friendly software,” said Thapa, who also teaches at the Manohar Higher Secondary School, in Samakhusi.

The library in Thapathali was established in 2009 in a room on the ground floor of the Nepal Association for the Welfare of the Blind (NAWB)—the umbrella organization for the visually impaired-at the initiation of Nirmala Gyawali, herself visually impaired, with little help from the government.

Gyawali started laying the groundwork for establishing the library after she returned to Nepal from the United States after completing her under-graduate studies in 2007.

She said the thought of establishing the library dawned on her after visiting libraries for visually impaired people in the US. Then, with the help of the Rotary Club of Kasthamandap, Rose International Fund for Children, Rotary Club of Bellevue, and other organisations, the library was established.Since its establishment, the library has been helping hundreds of blind people have access to texts other than their course books. According to the National Federation of the Disabled Nepal, there are an estimated 1,700 people with disabilities living in Kathmandu. Among them, nearly 22 percent (374 people) are blind. And the library is the only place these people can go to do some reading.

But because of the hard-to-comprehend English books and a lack of dictionaries, very few people visit the library these days, according to Shrestha. The number of Nepali language books in the library is also little.

Almost all the books currently in the library are donated by I/NGOs. Keshari Thapa, former principal at Purwanchal Gyanchakshu Vidhyalaya, a school dedicated to helping children with disabilities, said most of the Braille libraries in developed nations are replacing Braille books (based on Standard English Braille) with a new form of Braille called Unified English Braille, which is less ambiguous and more concise than Standard English Braille.

“Books written in Unified English Braille are more advanced and much preferred these days, as they are handier. That is why, libraries are sending Standard English Braille books to developing countries like ours,” said Thapa, explaining why the library at Thapathali has so many books.

Malika Prasai, executive director of NAWB, said the association is currently consulting with different I/NGOs to get dictionaries and other additional facilities that will facilitate differently abled people to read and comprehend the texts available.

Visually impaired people want the library to have Oxford or Cambridge dictionaries in Braille, something that is not available in Nepal. The cost to print Braille dictionaries is too high, something the donation-run library cannot afford to do, says Prasai.

“If only the government paid attention to the plight of the visually impaired in the country, they wouldn’t have to deal with such a problem,” says Prasai. “These people deserve an education, a chance to read, just as everyone else.”