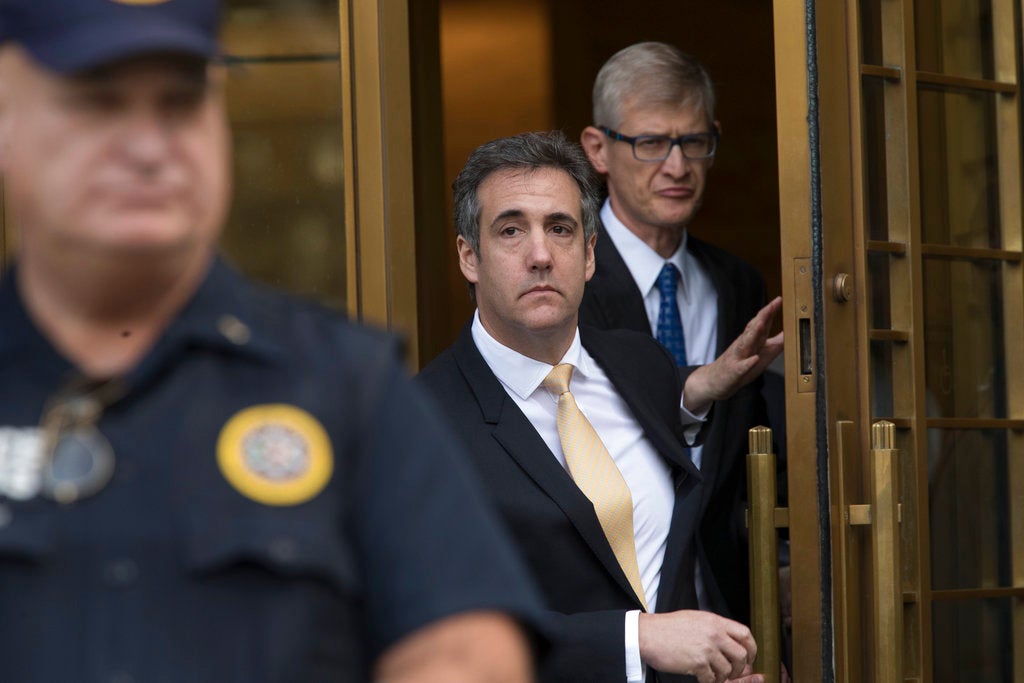 WASHINGTON — President Donald Trump’s former lawyer, Michael Cohen, will testify publicly before a House committee next month in a hearing that could serve as the opening salvo of a Democratic effort to scrutinize Trump, his conflicts of interest, and his ties to Russia.

The House Oversight and Reform Committee announced Thursday that Cohen will appear before the panel on February 7.

Cohen is a pivotal figure in the investigation by special counsel Robert Mueller into potential coordination between Russia and the Trump campaign.

Trump said he’s not worried about his former personal lawyer testifying before Congress.

Trump told reporters in Texas also on Thursday that he’s “not worried about it at all.”

Cohen is expected to face tough questions about hush-money payments he arranged on Trump’s behalf to keep extramarital affair allegations out of the news during the 2016 presidential election. Those payments were at the center of Cohen’s plea to federal campaign finance charges last year. Cohen has said he made the payments at Trump’s direction and with the intent to influence the election.

Cohen has also admitted lying to Congress about a Trump Tower deal in Russia during the campaign. Cohen was sentenced to three years in prison. He reports to prison on March 6.

In a statement Thursday, Cohen said he has accepted the invitation from a top House Democrat to testify publicly before Congress next month.

Cohen said he looks forward to having a platform to give a “full and credible account of the events which have transpired.” /kga