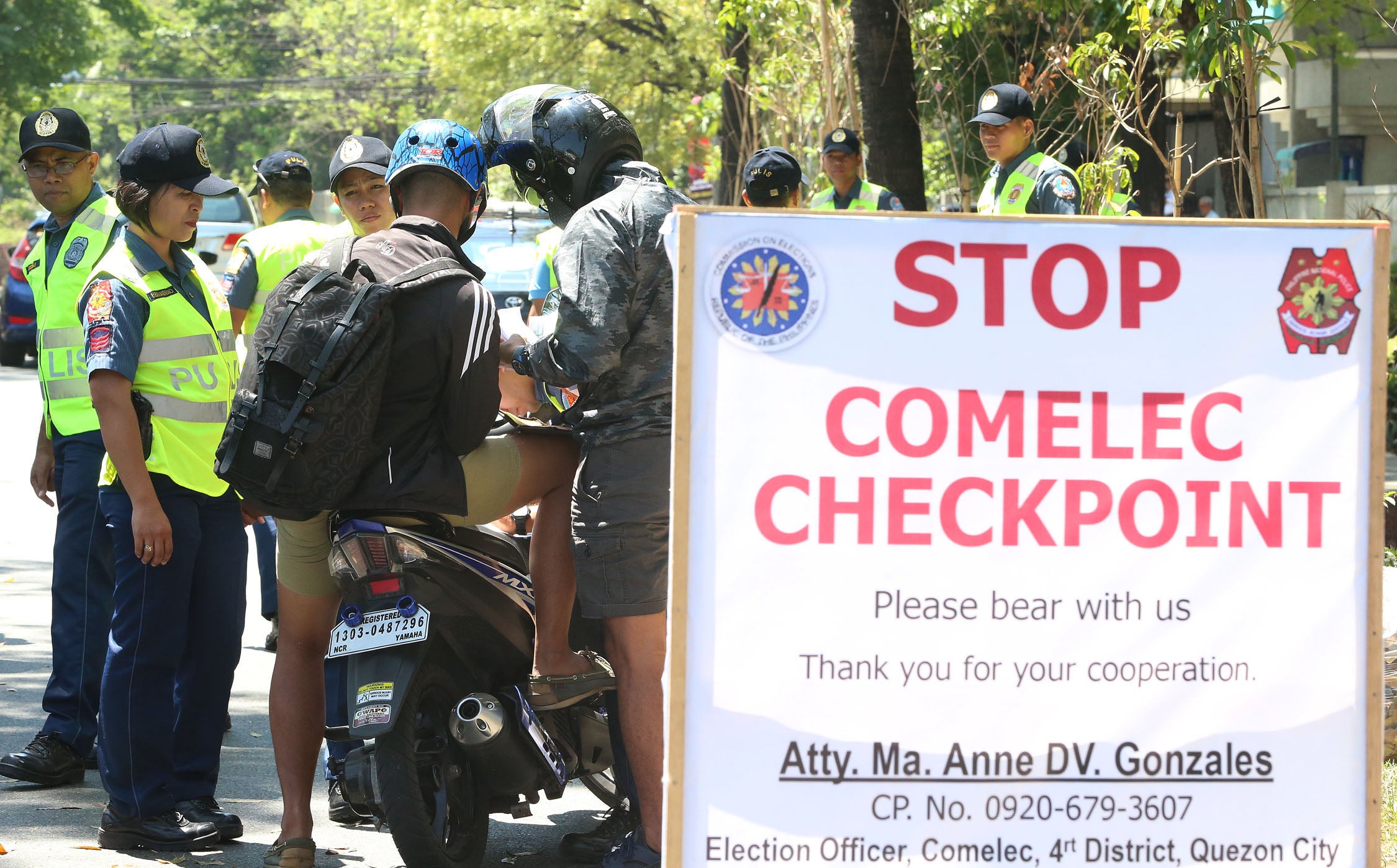 The public could expect more prohibitions such as the firearms ban and the setting up of checkpoints when the 2019 election period starts on January 13, an official of the Commission on Elections (Comelec) said Friday.

“So you are looking at the start of, let’s say, the gun ban, which means that Sunday midnight of January 13, checkpoints will start going up,” he added.

The Comelec will put up checkpoints to enforce the strict ban on bearing, carrying or transporting of firearms and other deadly weapons.

Jimenez, however, said that checkpoints must be situated in well-lit areas, clearly marked with big checkpoint signs that include the names and contact information of the police and election officers in charge and manned by policemen in proper uniform.

He added that the “plain-view doctrine” will be in effect; therefore, the police “can only look,” and motorists are “ under no obligation” to open their car windows, compartments or closed bags within their vehicle.

“They can look, but they should not touch,” he said.

The gun ban covers other deadly weapons such as bolos, sickles, and farm tools that may be used as weapons.

However, Jimenez said the poll body grants exemptions from the gun ban to government officials and certain individuals who face “verified” threats as determined by the police or the military.

The Comelec spokesman said that with the start of the election period on Sunday, there is an expected increase in the visibility of candidates.

“You will be informed of the materials that you need to take down and you need to take them down regardless of their size and location. Let’s start the campaign period with a relatively clean environment,” he said. /ee