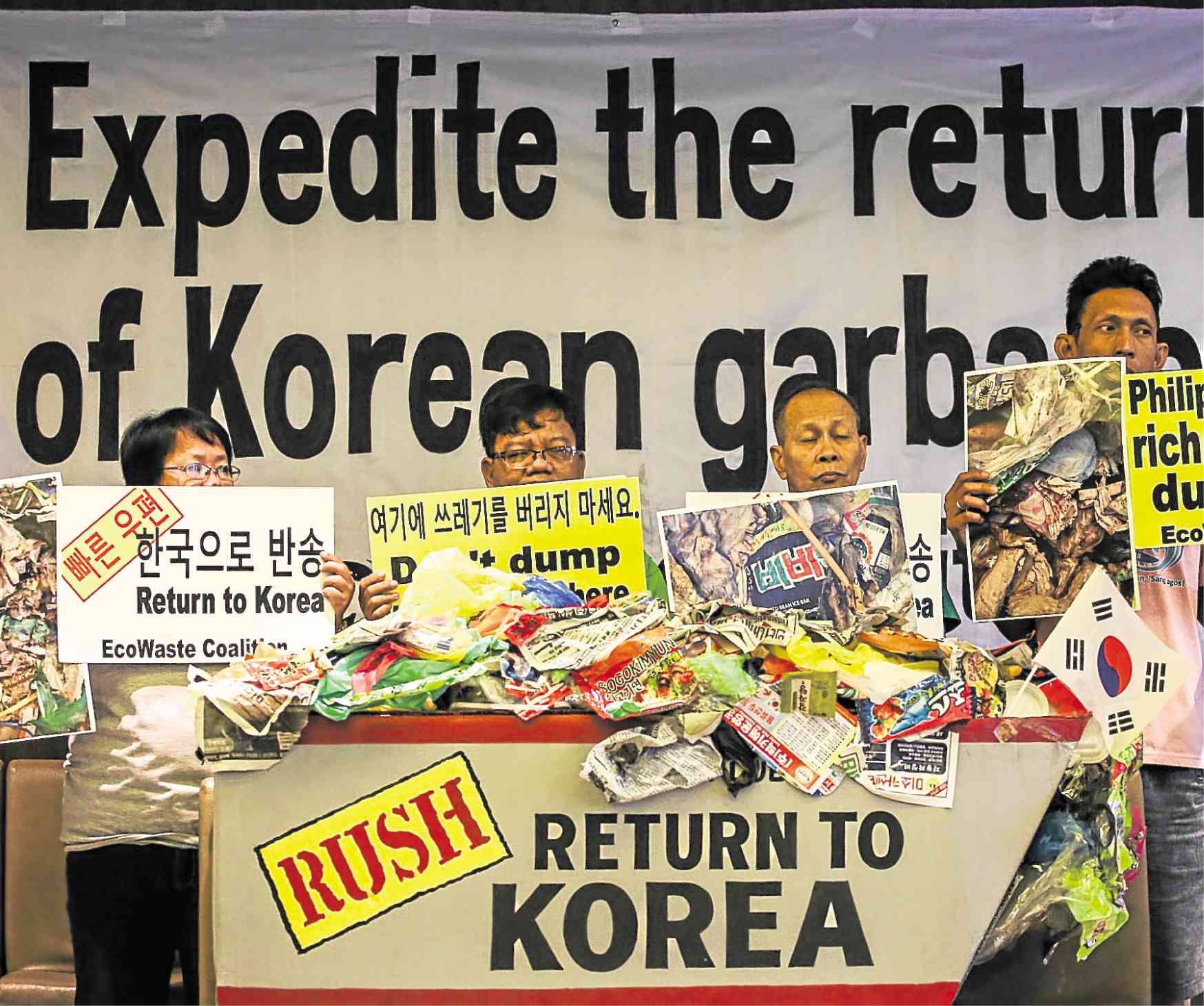 CAGAYAN DE ORO CITY — A nongovernment organization urged Environment Secretary Roy Cimatu to make public the results of toxicity tests done on 6,500 tons of waste from South Korea which caused a public outcry after it was brought into a port in Misamis Oriental by a Philippine company.

The tests were done by the regional office of the Environment Management Bureau (EMB) of the Department of Environment and Natural Resources (DENR) but Bencyrus Ellorin, chair of the group Pinoy Aksyon for Governance and Environment (Pinoy Aksyon), said the results were kept secret.

Ellorin said he found it “mind-boggling” that the results were kept from the public.

The cargo of trash, mostly plastics, was brought into the Philippines through the port in Tagoloan town, Misamis Oriental, from Pyongtaek City in South Korea last year.

It was supposedly for a recycling facility owned and operated by Verde Soko Philippines Industrial Corp., located at Phividec Industrial Estate in the village of Santa Cruz.

The shipment was flagged by the EMB and the Bureau of Customs (BOC) after Verde Soko failed to comply with several requirements in importing trash.

The EMB said Verde Soko failed to obtain an import permit while the BOC said the company failed to properly declare the cargo.

Ellorin said the regional office of the EMB should be transparent in its findings.

He said during a meeting, the regional director of the EMB, Sabdullah Abubakar, “admitted that, indeed, the wastes were toxic.”

Abubakar has yet to reply to Ellorin.

Ellorin said South Korea must take back the entire garbage cargo as he noted that only 1,400 of the 6,500 tons of trash was to be brought back to its country of origin, leaving behind 5,100 tons.

He raised fear that the cargo “may have already contaminated the environment” as its contents had been removed from shipping containers and “were lying in open air” at the Verde Soko plant.

John Simon, a BOC official at the Mindanao Container Terminal in Tagoloan, where the imported trash were shipped last year, said in another statement that reshipment would start on Jan. 9.

In a separate statement, Sen. Koko Pimentel lauded the agreement by the Philippines and South Korea to return the wastes to South Korea.

He said he was grateful to the South Korean government “for its commitment to resolve this matter and take back the misdeclared shipment.”

But he added that “it’s very urgent” that those behind the shipment be charged and brought to justice.

“Let’s ensure that this brazen act is not tolerated and in fact punished to the fullest extent of the law,” he said.

“If foreign entities and even foreign governments see and treat the Philippines as a final destination for their unwanted waste material, that speaks volumes of the way we are seen abroad,” Pimentel said.

“This should not be tolerated,” he added.