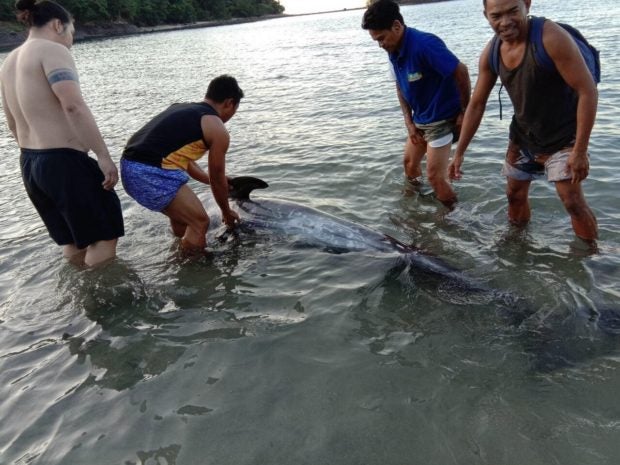 Photo from the Facebook/Instagram accounts of the Playa La Caleta beach cove in Morong, Bataan.

MANILA, Philippines–A 10-foot seriously injured dolphin, seeking refuge off the waters of a beach resort in Bataan, was rescued by locals and members of various government agencies in Morong on Thursday.

In a series of photos from the management of the Playa La Caleta beach resort, a dolphin could be seen resting in the shallow waters bearing a lot of scratches and what appeared to be a shark-bite wound in its body. 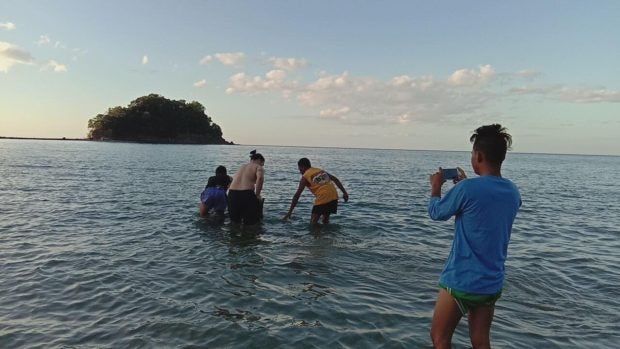 Photo from the Facebook/Instagram accounts of the Playa La Caleta beach cove in Morong, Bataan.

A fishing line or hook could also be seen caught around its tail and fin, causing it to worsen the wounds it has sustained.

Upon sighting the dolphin seeking refuge at the beach cove, the locals in the area immediately contacted the provincial government of Bataan and other enforcement units to assist in the rescue of the dolphin.

A lifeguard employed by the beach resort tried to coax it back to the waters, but the dolphin again swam back to the beach.

Because of its determination to survive, the male dolphin was named “Courage” by the local rescuers.

“Maybe 2 hours ago, [the] dolphin went inside our cove, Playa La Caleta in Morong, Bataan. It had a fishing line around its fin causing it to have wounds. We called DENR, they are coming at 9 a.m. to help with rescue,” a certain Migs Camacho said.

Camacho told INQUIRER.net that the Department of Environment and Natural Resources, Bureau of Fisheries and Aquatic Resources, officials from the provincial government of Bataan and municipality of Morong, the Philippine Coast Guard, the Philippine National Police in Morong and Bantay Dagat responded to help the distressed dolphin.

Camacho also said that the injured dolphin was a Risso’s dolphin. A local marine biologist said the wound on the dolphin’s body could be a bite from a cookie cutter shark.

Around 2 p.m., “Courage” was boarded into a speedboat and transported to the Subic marine clinic to be given further treatment, Camacho said.

Below are several photos uploaded by the management of the beach resort Playa La Caleta in its Facebook/Instagram accounts. 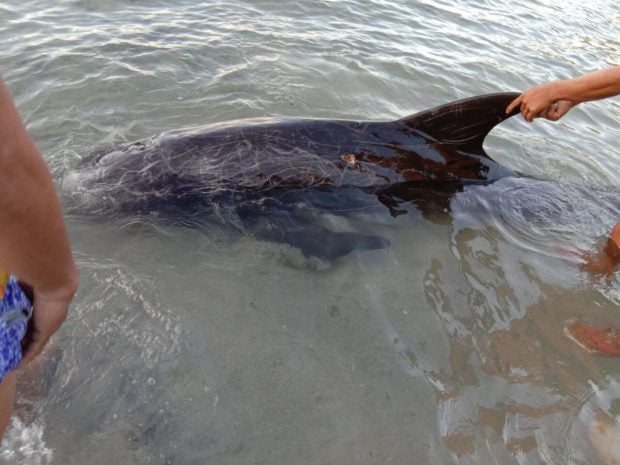 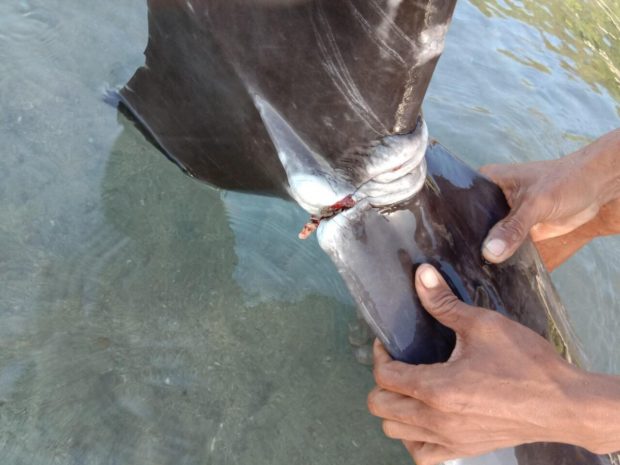 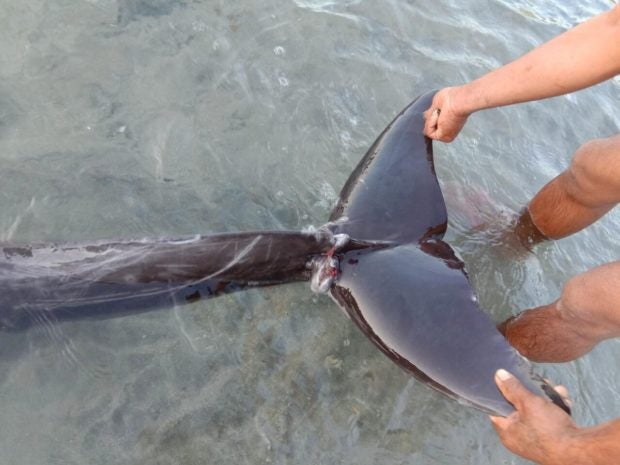 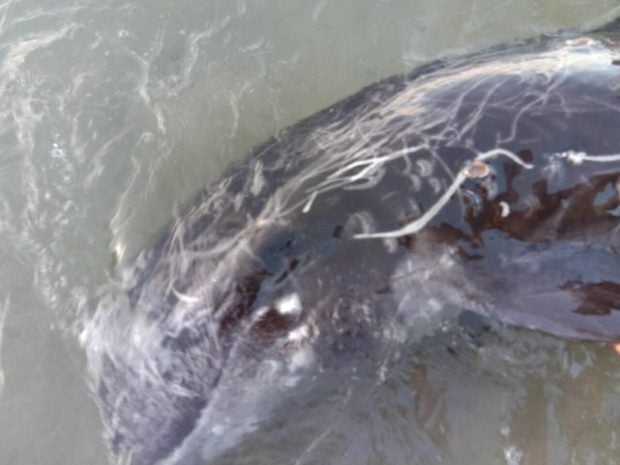 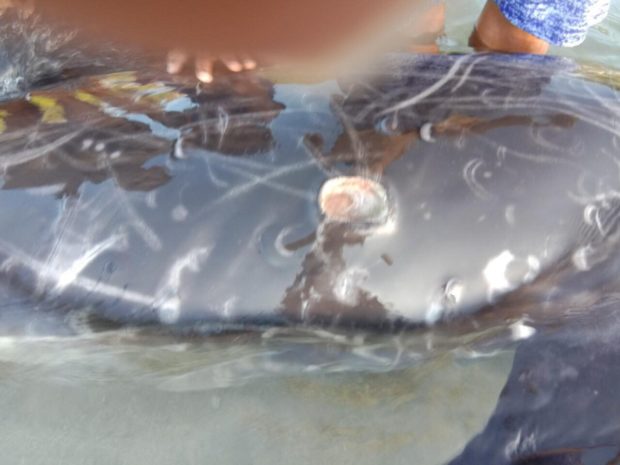