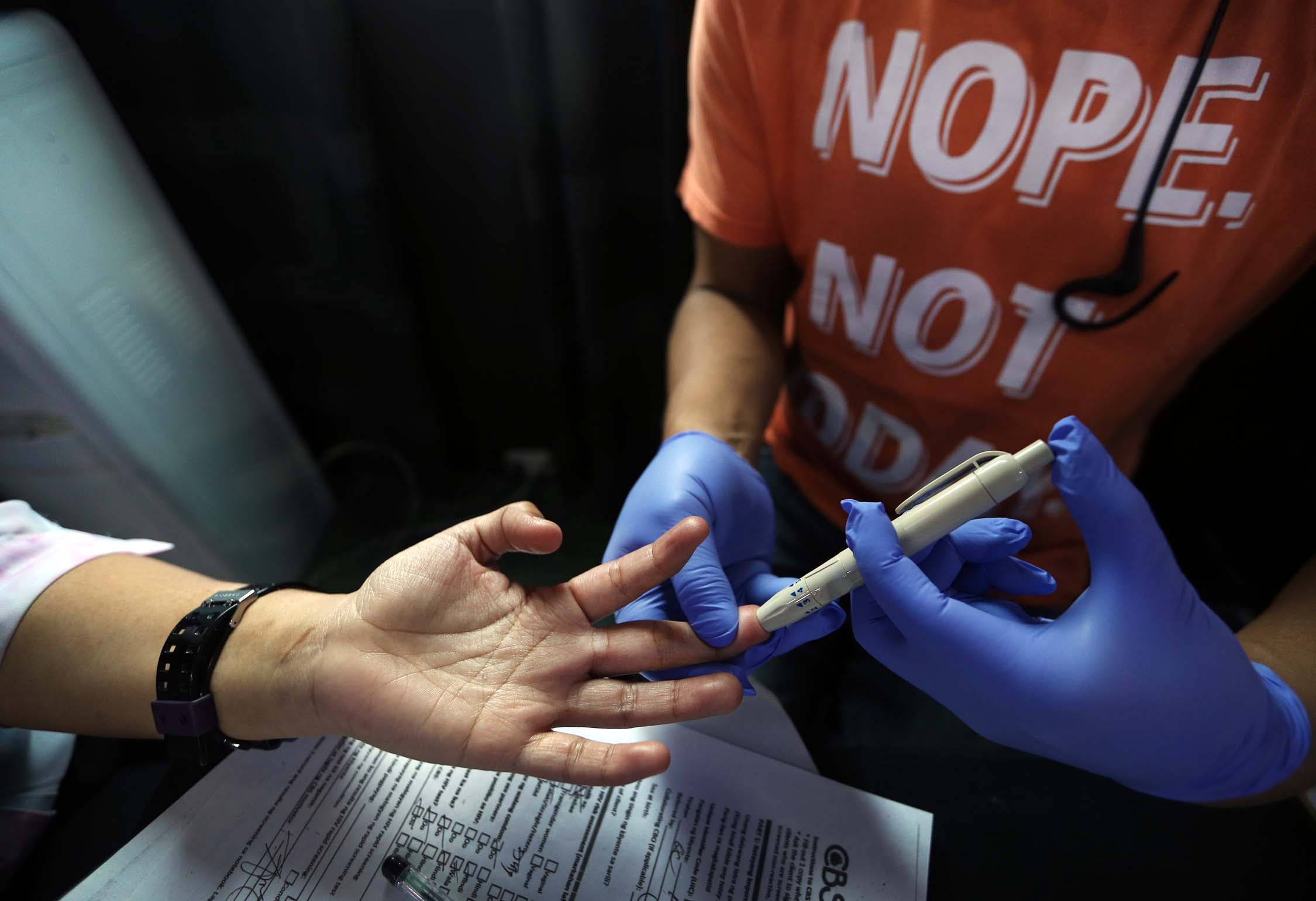 MANILA, Philippines — The Commission on Human Rights (CHR) lauded on Thursday the passage of the Philippine HIV and AIDS Policy Act of 2018 as a response to the “growing (number of) cases” in the country.

President Rodrigo Duterte signed the measure on Dec. 20, according to Presidential Spokesperson Salvador Panelo on Wednesday.

The law replaced the 20-year-old Philippine AIDS Prevention and Control Act, which sought to address the spread of the human immunodeficiency virus (HIV) and the Acquired Immune Deficiency Syndrome (AIDS).

CHR Spokesperson Jacqueline Ann de Guia said this “advances Filipinos’ right to health, especially people living with HIV and AIDS, in line with the principles of equality and non-discrimination embodied under Article XIII, Section 11 of the 1987 Constitution.”

“We look forward to the active engagement of all government agencies, civil society organizations, and the public at large, in realizing effective preventive measures, better healthcare, and in breaking the stigma for people living with HIV and AIDS,” De Guia added.

Panelo said the new law would lead to the establishment of policies and programs to prevent the spread of HIV and AIDS as well as “deliver proper treatment, care and support services to Filipinos living with HIV in accordance with evidence-based strategies and approaches which are in tune with key principles of human rights, gender equality and meaningful participation of communities.”

Dinagat Islands Rep. Kaka Bag-ao meanwhile said the measure would restructure the legal framework on HIV and AIDS by harmonizing it with evidence-informed strategies and approaches on prevention, testing, screening, treatment, care, and support.

The legislation, she added, also seeks to clarify the roles and responsibilities of state institutions involved in the HIV and AIDS response, and establish a roadmap on HIV and AIDS that has clear strategies, targets, operationalization framework, and funding.

The law also seeks to strengthen the information dissemination, education, and stigma reduction mechanisms of the law, which guarantees that the country’s HIV and AIDS response is premised on respect, recognition, and promotion of human rights and dignity, Bag-ao said.

Under the law, teenagers aged 15 to below 18 could volunteer for HIV testing, while those below 15 who are pregnant or who engage in high-risk behavior making them open to infection, could also choose to be tested but with the assistance of a licensed social worker or health worker.

A minor may also agree to HIV testing when the parents or legal guardian cannot be located or refused to give consent. In this case, consent would be obtained from a licensed social worker or health worker. /cbb